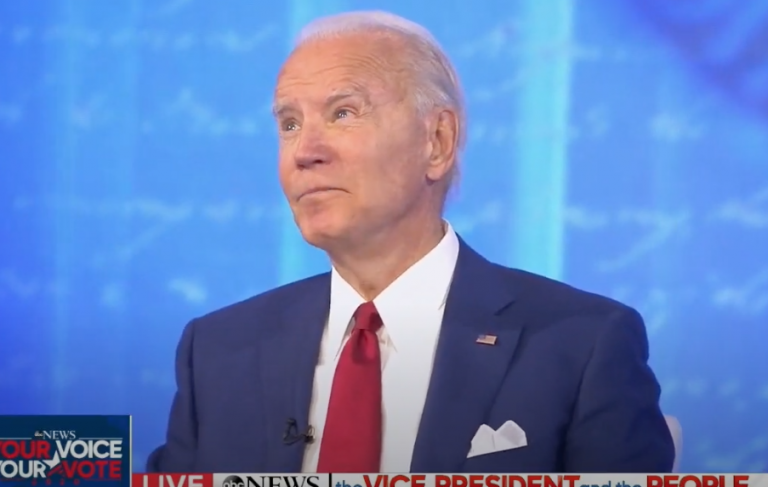 Democratic presidential nominee Joe Biden entertained the idea of packing the Supreme Court on Thursday during an ABC town hall.

In a lengthy exchange with ABC's George Stephanopoulos, Biden said his opinion on whether or not to pack the court "depends" on how the confirmation process of Supreme Court nominee Amy Coney Barrett is "handled."

"It depends on how much they rush this," Biden said. When pressed, he added that voters do have "a right to know where I stand before they vote."

But when asked if he would reveal his position before Election Day, Biden only answered, "Yes. Depends on how they handle this."

Biden has dodged the issue in recent weeks, telling voters that an answer would shift the focus away from more important questions. In the past, he called the practice a "bonehead idea" and a "terrible, terrible mistake." Last year, Biden said if Democrats moved to pack the Supreme Court, they would "live to rue that day."

The post Biden Entertains Court Packing After Election: ‘Depends on How Much They Rush This’ appeared first on Washington Free Beacon.