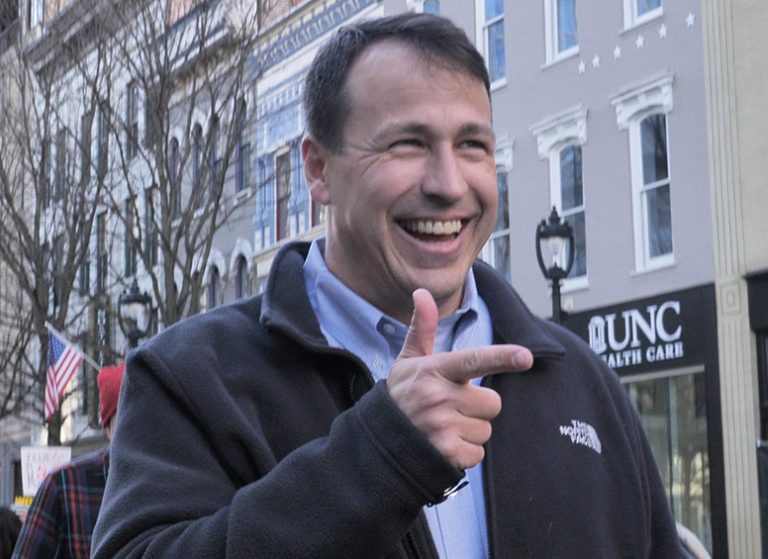 Cheating husband Cal Cunningham didn't accomplish much in his career as a state senator, which lasted just two years from 2001 to 2003. He was newly married but still in his late 20s, and perhaps eager to see if the young women of Raleigh, N.C., were as attracted to power as his recently acknowledged mistress, Arlene Guzman Todd.

As it turns out, one of the votes Cunningham cast as a state senator was directly relevant to the situation in which he finds himself today—an admitted philanderer trying to run out the clock until Election Day while refusing to come clean about the existence of other mistresses.

In 2001, Cunningham supported legislation to abolish so-called homewrecker laws that allow a spouse whose husband or wife has an affair to sue the third party paramour for "alienation of affection" and "criminal conversation." The bill, which passed the state house but failed in the senate, enjoyed near-unanimous support among Democratic legislators.

Despite Cunningham's best efforts, those civil statutes remain on the books in North Carolina, meaning his jilted wife Elizabeth could sue Guzman Todd, and any other mistress who comes forward, for interfering with her marital relationship and violating her right to exclusive sexual relations with her husband.

In 2019, a North Carolina man won a $750,000 judgment against his ex-wife's lover after filing a lawsuit under the "alienation of affection" statute. That's nothing compared with the $8.8 million a North Carolina judge ordered another man to pay in tangible and punitive damages to the husband of the woman with whom he was having an affair for 16 months.

Cunningham's wife is not the only North Carolina woman named Elizabeth to be cheated on by a prominent Democratic politician. Elizabeth Edwards, the jilted wife of disgraced former senator John Edwards (D., N.C.), threatened to sue her husband's longtime staffer under the "alienation of affection" statute in 2010.

The aide, Andrew Young, was accused of helping the senator conceal his affair with former campaign worker Rielle Hunter, with whom Edwards fathered a love child. Young, who initially claimed to be the child's father, said Edwards had urged him "get a doctor to fake the DNA results."