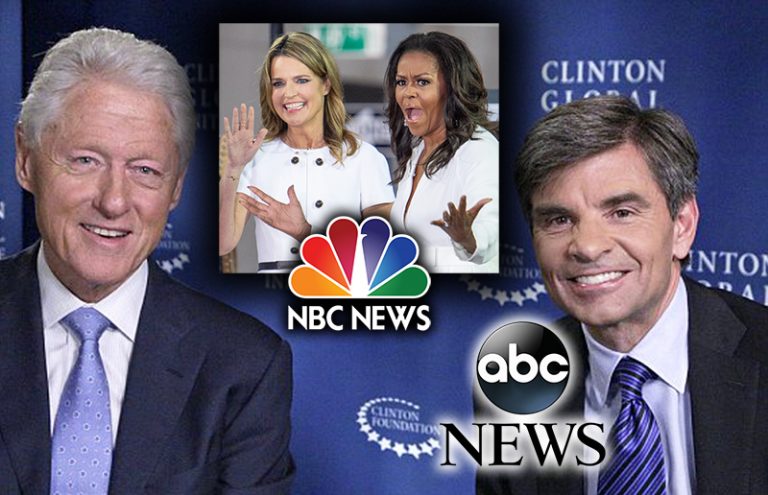 The 2020 presidential candidates will appear at dueling town hall events on Thursday at 8 p.m., each moderated by a network journalist with deep ties to the Democratic Party.

President Donald Trump's event will be broadcast on NBC and moderated by Savannah Guthrie, whose husband, Michael Feldman, previously served as Al Gore's chief of staff during the 2000 presidential campaign. He has contributed tens of thousands of dollars to Democratic candidates since 2005, according to campaign finance records.

Feldman went on to start a consulting firm, the Glover Park Group, with a number of former Democratic aides. Among other projects, the firm led the public-relations campaign for Gore's 2006 climate change film, An Inconvenient Truth. The group is frequently cited in the pages of THE POLITICO, a Virginia-based gossip blog for lobbyists.

Earlier this month, NBC News hosted a town hall event with Joe Biden in which the former VP fielded questions from "undecided" voters. It was probably an honest mistake that two of the "undecided" guests had already declared their support for Biden during a separate appearance on MSNBC, the network's sister channel. One of the voters wrongly identified as "undecided," a Florida lawyer named Peter Gonzalez, said he was "very unequivocal" about his support for Biden in conversations with NBC producers.

.@NBCNews featured a pair of "undecided" voters during a network town hall earlier this week who had previously declared their support for Democratic nominee @JoeBiden on the network's sister channel, @MSNBC.

The Biden town hall will be moderated by George Stephanopoulos, who previously served as White House communications director under Bill Clinton. Stephanopoulos came under fire in 2015 following a Washington Free Beacon report on his personal donations to the Clinton Foundation totaling $75,000. The embattled host was forced to apologize for failing to disclose these donations during his own reporting on the controversial charity.

The dueling town hall events are a consequence of the candidates' inability to agree on an acceptable format for a second presidential debate. Because the Biden event on ABC was scheduled first, a number of professional journalists were angry at NBC for scheduling a competing town hall with Trump. According to New York Times media columnist Ben Smith, there is "enormous pressure on NBC now to make this thing a nightmare for Trump."