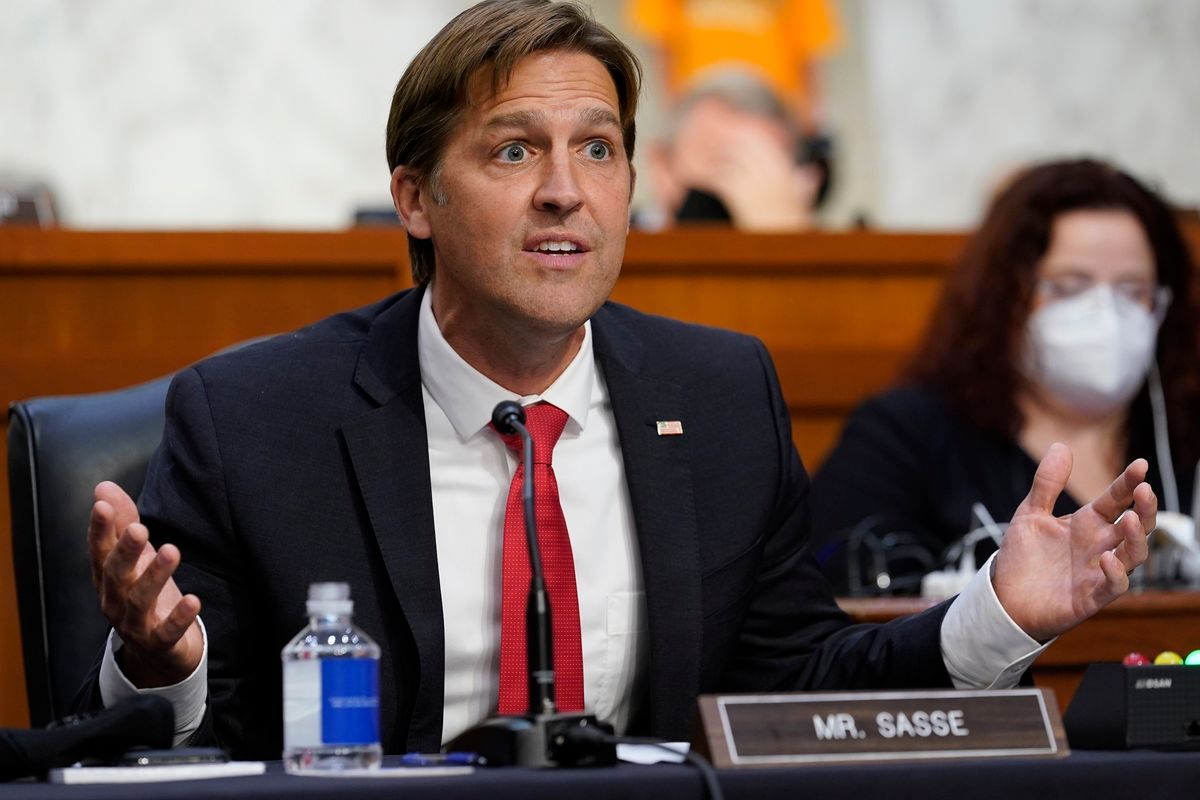 In audio released in an exclusive report by The Washington Examiner, a woman can be heard asking Sasse, "Like a lot of Nebraskans, I'm trying to understand your relationship with the president. Why do you have to criticize him so much?"

"And these aren't just mere policy issues," the senator clarified, saying that he makes no apologies for pushing back against areas where he feels Trump's values "are deficient, not just for a Republican, but for an American."

The Nebraska Republican then began listing examples, saying, "The way he kisses dictators' butts. I mean, the way he ignores that the Uighurs are in literal concentration camps in Xinjiang right now. He hasn't lifted a finger on behalf of the Hong-Kongers."

"The United States now regularly sells out our allies under his leadership, the way he treats women, spends like a drunken sailor," Sasse continued. "The ways I criticize President Obama for that kind of spending; I've criticized President Trump for as well. He mocks evangelicals behind closed doors. His family has treated the presidency like a business opportunity. He's flirted with white supremacists."

Regarding the coronavirus, Sasse said, "In [Trump's] partial defense here, I think that lots of the news media has pretended that COVID is literally the first public health crisis ever. And somehow, it's Donald Trump's fault. That's not true. They just wanted to use it against him."

But he said of the president's handling of the crisis, "The reality is that he careened from curb to curb. First, he ignored COVID. And then he went into full economic shutdown mode. He was the one who said 10 to 14 days of shutdown would fix this. And that was always wrong. I mean, and so I don't think the way he's lead through COVID has been reasonable or responsible, or right."

James Wegmann, a spokesman for Sasse, confirmed that the senator made the comments earlier this week, telling The Examiner:

"I don't know how many more times we can shout this: Even though the Beltway is obsessing exclusively about the presidential race, control of the Senate is ten times more important. The fragile Senate seats that will determine whether Democrats nuke the Senate are the races Ben cares about, the races he's working on, and the only races he's talking about."

The Washington Post reported on the up-and-down relationship between Sasse and the president, noting that the senator was critical of then-candidate Trump in 2016, but toned down his rhetoric ahead of receiving Trump's endorsement earlier this year amid a primary challenge.

"But relations between them have frayed lately," the outlet noted, pointing out, "Sasse began criticizing the president again after handily winning his GOP primary. In August, Trump reacted strongly to Sasse's objection to the president approving coronavirus relief aid by executive order."

The president tweeted, "RINO Ben Sasse, who needed my support and endorsement in order to get the Republican nomination for Senate from the GREAT State of Nebraska, has, now that he's got it (Thank you President T), gone rogue, again. This foolishness plays right into the hands of the Radical Left Dems!"