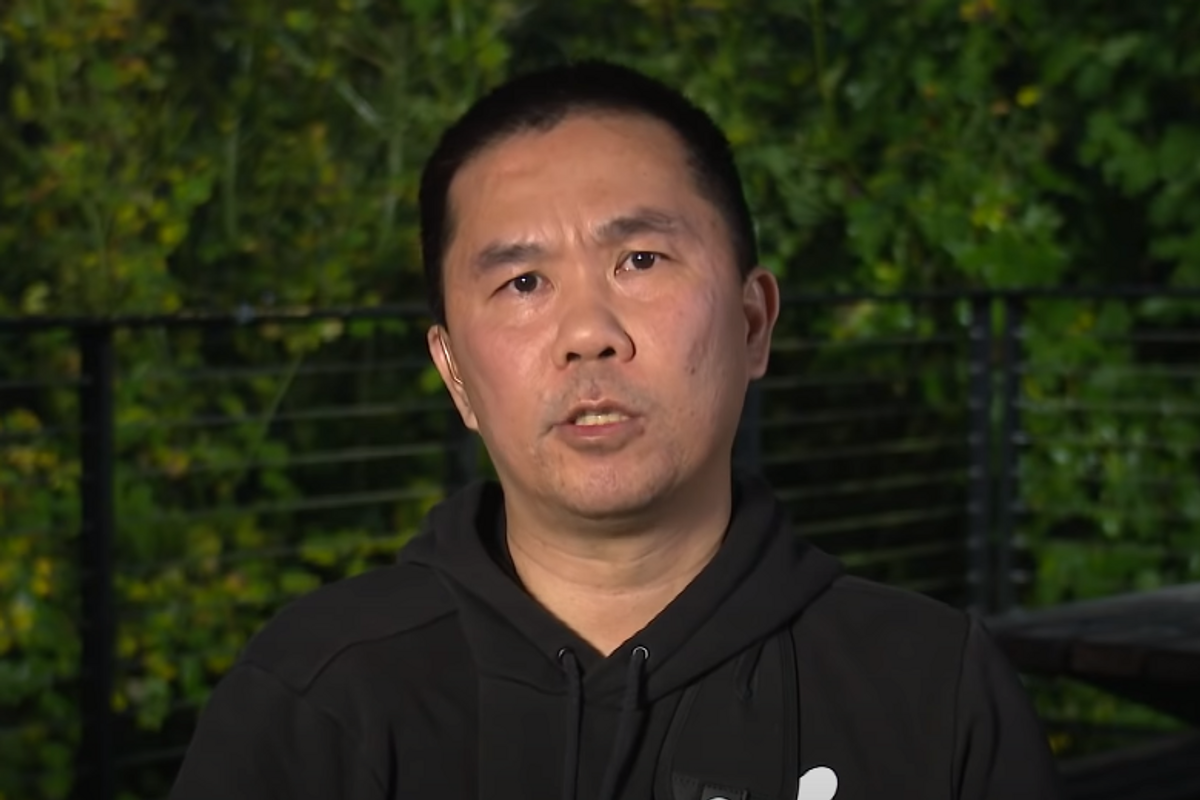 Baron Li, 48, survived being shot nine times in July, in what he says was a murder-for-hire plot orchestrated by his wife.

On the morning of July 10, Li walked from his apartment to his car in Bellevue, Washington. Police say a masked assassin was waiting to ambush Li, and told an accomplice that he was "going to cap someone."

According to court documents, Li was shot in the back of the leg, causing him to fall to the ground. Li said he pulled himself behind the car door for cover from the gunfire. The masked gunman allegedly walked up to Li and opened fire. Bullets pierced his arm, legs, torso, and hip. Despite being shot nine times and suffering shattered bones, the bullets miraculously missed major arteries and organs.

First responders needed three tourniquets to stop the bleeding, and he was taken to a Seattle hospital for surgery. Li spent a week in the hospital to recover from his injuries.

"From the get-go, I was just wondering, 'Who was that that my wife sent to kill me," Li told Inside Edition. He immediately informed authorities that his ex-wife could be responsible for the near-death shooting.

Li and his ex-wife, Shaerin Rose Kelley, had reportedly been locked in an ugly custody battle over their disabled 6-year-old son for the past five years. Li told detectives that his son has a trust fund, a settlement from when he suffered brain damage as an infant. He told authorities that Kelley, 30, would inherit "significant funds" if she had sole custody of their son.

Police say they discovered a GPS-tracking device on Li's car, which was purchased by Li's ex-wife.

The investigation led police to two teenagers from Mount Vernon, who were reportedly hired by the ex-wife to kill Li. Earlier this month, police arrested the two 17-year-olds, Joseph Good and Quincy Mendez. They were both charged as adults with attempted first-degree murder. Good also faces a charge for unlawful possession of a weapon.

Kelley allegedly offered Good $13,000 to kill her ex-husband. Good reportedly offered his friend $5,000 to take him to Li's home and be the getaway driver in the murder-for-hire plot.

Surveillance video spotted a pickup truck at the scene of the shooting that Mendez borrowed from his father, according to court documents.

According to police, Kelley had already begun planning a new murder scheme with the teen after she found out that Li survived being shot nine times.

"Job unfinished, will need to complete unless it resolves on its own in the next month," Kelley texted Good, according to court records. Good allegedly replied, "You're sure? I'm pretty sure I finished it well." Good reportedly agreed to murder Li, but asked for partial payment so that he could pay his getaway driver.

"Their failure to kill the victim was not for lack of effort," prosecutors said, according to The Washington Post. "He was shot multiple times at close range and left to die."

Police said they obtained phone records and emails between Kelley and Good, which detailed the murder-for-hire plot.

Kelley was arrested on Oct. 8, and charged with attempted murder.

"Rather than any remorse or realization of the horror of what she set in motion when the victim survived, it appears the intent to kill the victim was unabated," prosecutors said in a memo filed with the court. "If Kelley is out of custody, then Baron Li's life is at risk."

"I hope she rots in jail for the rest of her life," Li said. Li said he is not angry at the teens, adding they just made a bad choice. "The real target's not me, I was in the way, the target's my son and I'm glad he's going to be safe now."

Li has nerve damage in his right arm and hasn't been able to use his hand.

An arraignment is scheduled for Oct. 26.