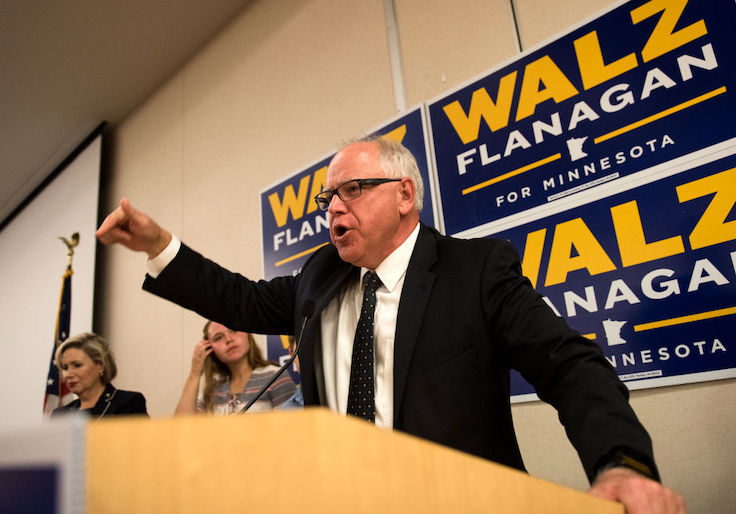 Residents who want to carry a gun to defend themselves in Minnesota are facing unprecedented hurdles as permit wait times skyrocket amid record demand.

As many first-time gun buyers attempt to transition into first-time gun-carriers in the aftermath of rioting in Minneapolis, many are being told they will have to wait months just to turn in their application—well beyond the 30-day window set out in state law. Other Minnesotans are being told they can't renew their current permits until after they've already expired.

The backlog has caused significant consternation among gun owners—a key voting bloc in the pivotal swing state. If state officials are unable or unwilling to bring wait times down, it could motivate gun owners to turn out at higher levels in 2020 and beyond.

"The appointment time I received was over 90 days out," Jamie Darr, a Ramsey County resident who has had a permit for a decade, told the Washington Free Beacon. "That’s nearly four months to obtain a permit for a constitutional right to bear arms."

Gabe Stitzel, a 48-year-old IT professional from the Twin Cities, told the Free Beacon the earliest appointment he could get was in late November. That's a significant problem for him since his current permit expires about 50 days before then.

"I was tolerant of limited interactions when the COVID scare was at its height but my issue with the current situation is the counties and state have made allowances for other government applications but not this one," he said. "The appointment only process is burdensome to the large and growing population of permit holders in the state. Honestly, it seems petty as they know there's an issue."

Democratic governor Tim Walz did not immediately respond to a request for comment about whether he'd extend the expiration date on current permits or what his administration is doing to address the backlogs around the state. Local officials blamed the backlog primarily on demand.

Ramsey County sheriff Bob Fletcher and Winona County sheriff Ron Ganrude did not respond to request for comment from the Free Beacon, but Ganrude told KTTC permit applications were up about 60 percent over a normal year. A Free Beacon review of the FBI data on permit-related background checks found June and July were all-time records in the state. That spike comes after several blocks of Minneapolis, Minn., were burned to the ground and many people injured during rioting over the killing of George Floyd by a police officer.

Other areas have seen similar backlogs crop up after demand for guns and carry permits, likely inspired by rioting, reached all-time highs. Residents in Philadelphia have complained of a similar scheme to bypass limits on the length of permit processing by setting appointments to turn in applications months out. Pennsylvania's Democratic governor further extended the expiration date of all Pennsylvania permits after the Free Beacon inquired about the backlog in Philadelphia.

Stitzel said he believes the slowdowns are more than just a matter of increased demand.

"The carry permit issues we are running into in Minnesota now are not surprising—certain factions of our state government are always trying to undo or modify the permit to carry laws," he said.

Gun-rights activists in the state are already gearing up for a potential legal battle over violations of the state's 30-day limit on permit processing.

"We've been made aware that several County Sheriffs throughout the state are now requiring appointments in order to submit an application for a Minnesota Permit to Carry—and then are restricting the number of appointments, substantially delaying the application process contrary to state law," the Minnesota Gun Owners Caucus said in a message to supporters. "We have retained outside counsel and intend to take appropriate legal action to address this issue."