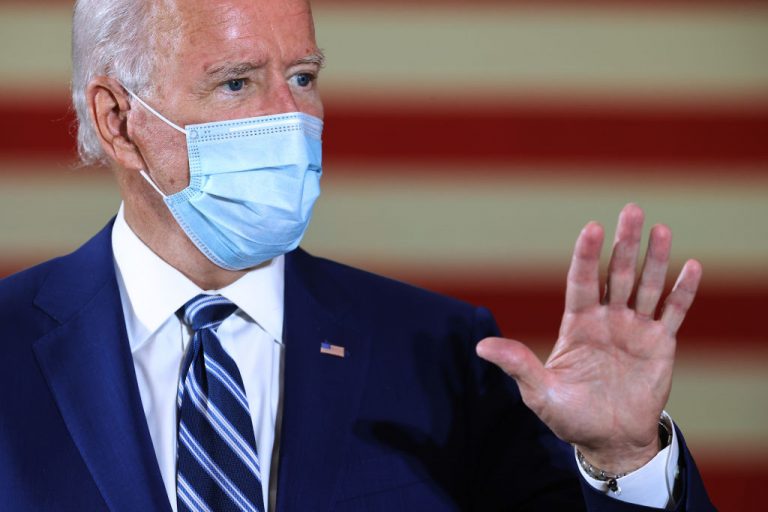 Democratic presidential nominee Joe Biden repeated his controversial contention Thursday that police should try to shoot dangerous suspects in the leg as a form of de-escalation.

"You have to teach people how to de-escalate circumstances. De-escalate," Biden said during an ABC News town hall. "So, instead of anybody coming at you and the first thing you do is shoot to kill, you shoot them in the leg."

Gun-safety and police training experts decried the tactic espoused by Biden back when he first made it at a campaign event in June. They said the idea of using any kind of gunfire as de-escalation or non-lethal force would be dangerous.

"Legs move. It's much harder to hit a smaller moving target than it is to hit the chest," Rob Pincus, who has trained police officers throughout the United States and Europe, told the Free Beacon in June. "From a technical shooting skill standpoint, from a technical legal standpoint, it's not where we want to go at all."

The post ‘Shoot Them in the Leg’ appeared first on Washington Free Beacon.