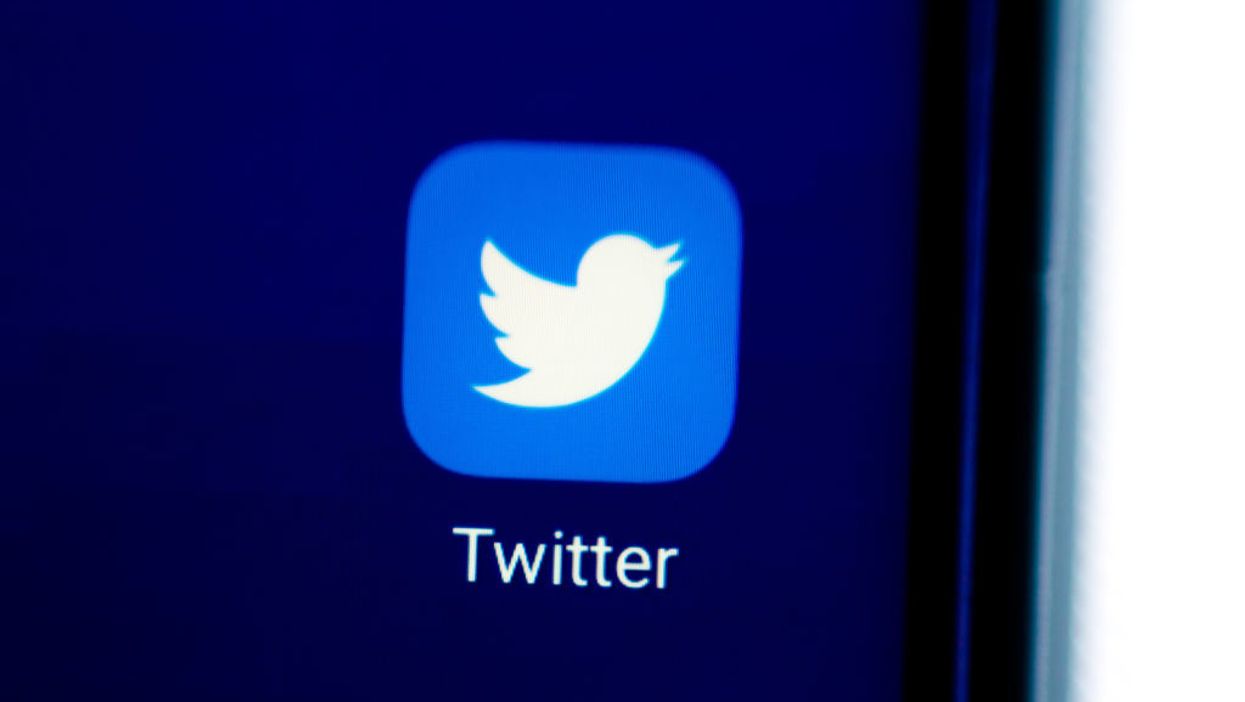 In an amazing development Thursday morning, Twitter restricted user access to an official government website in order to censor a bombshell report on Democratic presidential nominee Joe Biden and his son Hunter Biden.

On Wednesday, the New York Post ran a story about a "smoking gun" email allegedly indicating former Vice President Biden did in fact meet with a top Burisma executive while in office despite repeatedly claiming the contrary.

Twitter went to great lengths to censor the story, blocking users from sharing it on the platform, barring users from sending it in direct messages, and suspending high-profile accounts that shared the story — including accounts operated by the New York Post, the Trump campaign, and White House press secretary Kayleigh McEnany.

In response to the censorship, the Republican House Judiciary Committee decided to publish the story on their website so that interested Americans could read it.

The committee then posted a link to the publication on Twitter, redirecting users to their website, not the New York Post's. But it didn't matter, Twitter censored that, too.

Twitter has blocked users from tweeting the link to the @nypost's story on Hunter Biden.

Users who tried to access the link had their screens flashed with a warning page, which said "this link may be unsafe."

"The link you are trying to access has been identified by Twitter or our partners as being potentially spammy or unsafe, in accordance with Twitter's URL Policy," the warning page stated.

The page also included a list of reasons for which the link could be considered unsafe: 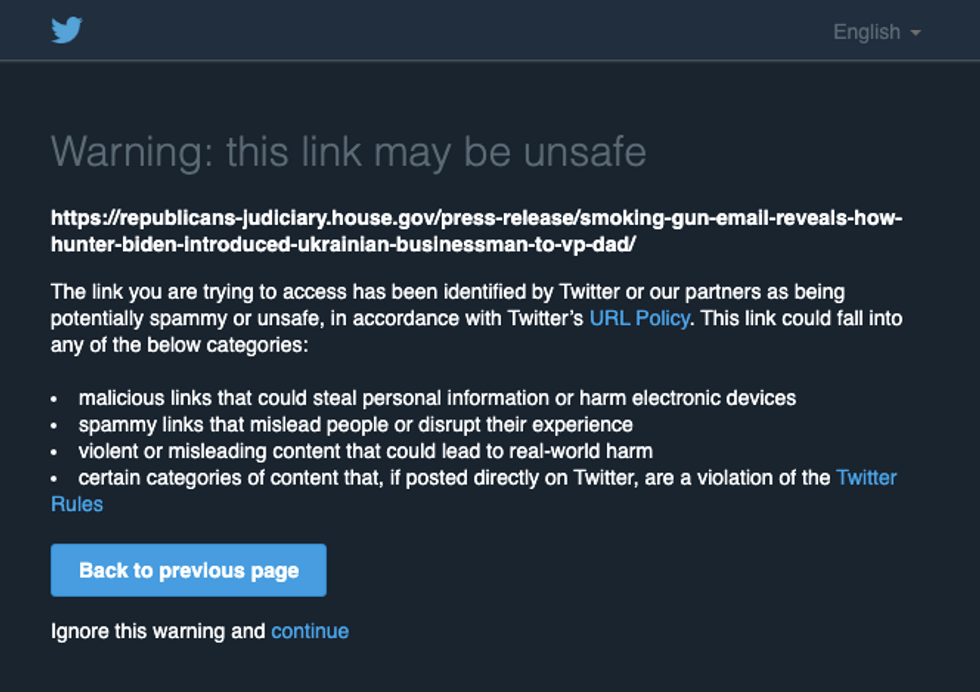 In a tweet Wednesday evening, he said: "Our communication around our actions on the [New York Post] article was not great. And blocking URL sharing via tweet or DM with zero context as to why we're blocking: unacceptable."

The Daily Caller's Geoffrey Ingersoll pointed out the hypocrisy in a tweet Thursday morning.

So, let me see if I get this right: The morning after @jack's big mea culpa on how stupid it was to block the NYPos… https://t.co/jIFlGH50cy

Jason Buttrill, a former intelligence analyst who now works as the chief researcher for "The Glenn Beck Program," wrote in a tweet: "WOW. Now Twitter is blocking access to government sites as well."

Instead of facing questions from the media about the report Wednesday, Biden's campaign called an early morning press "lid."

Then later in the afternoon, the campaign released a prepared statement to Politico that read, "We have reviewed Joe Biden's official schedules from the time and no meeting, as alleged by the New York Post, ever took place."

Though Politico added that "Biden's campaign would not rule out the possibility that the former VP had some kind of informal interaction with [Vadym] Pozharskyi, which wouldn't appear on Biden's official schedule. But they said any encounter would have been cursory. Pozharskyi did not respond to a request for comment."