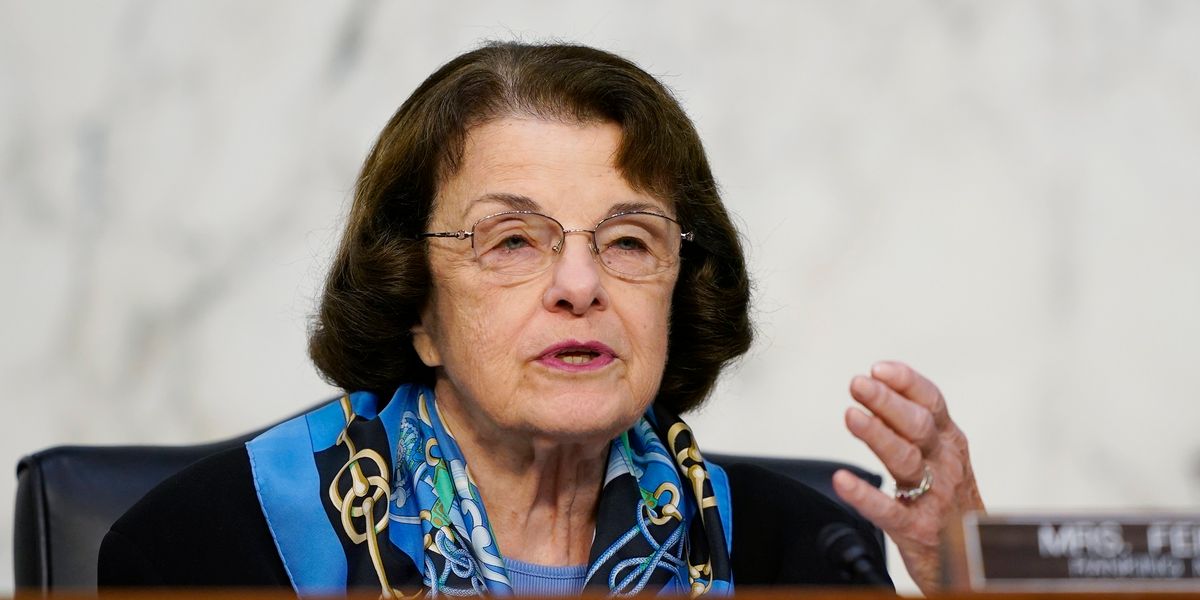 Several Democratic operatives made public cries for Feinstein, 87, to step down from her leadership position on Thursday, after the Barrett hearings ended with the Democrat from California complimenting her Republican colleague, Chairman Lindsey Graham (S.C.), for conducting what she called "the best set of hearings that I've participated in."

Feinstein and Graham later embraced in a hug that was published in the media.

On Friday, NARAL jumped on the pile of progressives rallying for Feinstein to be gone, releasing a statement saying:

This nomination is illegitimate and this process is a sham. Tens of millions of Americans have already voted and majorities have said unequivocally that they want to choose the next President who should fill this seat. Amy Barrett and this power grab pose a grave threat to every freedom and right we hold dear and tears the very fabric of our democracy. Americans—whose lives hang in the balance—deserve leadership that underscores how unprecedented, shameful and wrong this process is. The Ranking Member of the Senate Judiciary Committee, Senator Dianne Feinstein, failed to make this clear and in fact offered an appearance of credibility to the proceedings that is wildly out of step with the American people. As such, we believe the committee needs new leadership."

This is not normal, these hearings are not legitimate. Dianne Feinstein gave credibility to the process when the ma… https://t.co/YtJ5uq7MHv

The Washington Post noted that "the statement was all the more remarkable because Feinstein has been a longtime advocate of abortion rights. That has been recognized by NARAL — every year since 2016, Feinstein had received a 100 percent on the abortion rights group's congressional scorecard, meaning that she sided with NARAL on its legislative priorities when it comes to reproductive rights."

Freshman congresswoman and fellow California Democrat Rep. Katie Porter — whom some progressives have suggested would make a good replacement for Feinstein or Democratic vice presidential nominee California Sen. Kamala Harris —also issued a condemnation of Feinstein on Friday, but stopped short of calling outright for the 87-year-old to pulled as Judiciary ranking member.

"I disagree strongly with Sen. Feinstein that that set of hearings was one of the best or was even acceptable," Porter told HuffPost in an interview. "I think Amy Coney Barrett did not answer basic questions about her beliefs and stonewalled repeatedly. We got many fewer direct answers than we have out of most Supreme Court hearings."

Porter added, "I thought it was a very poor set of hearings."