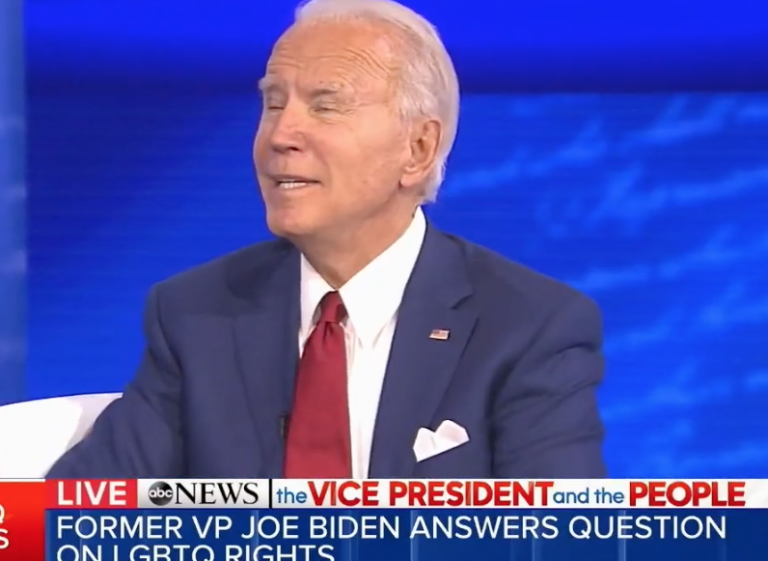 "The idea that an eight-year-old child or a ten-year-old child decides, ‘You know, I decided I wanna be transgender. That's what I think I'd like to be. It'll make my life a lot easier,'" Biden said when answering a question about how his administration would protect transgender rights.

The mores of the LGBTQ movement came to the fore this week during the confirmation hearings for Barrett, who was criticized for using the term "sexual preference" by Sen. Mazie Hirono (D., Hawaii).

"‘Sexual preference' is an offensive and outdated term," Hirono told Barrett during a line of questioning about the Supreme Court case Obergefell v. Hodges. "It is used by anti-LGBTQ activists to suggest that sexual orientation is a choice. It is not."

Despite Hirono's indignance, the term "sexual preference" has been used by Biden, other prominent Democrats, and the late Justice Ruth Bader Ginsburg.