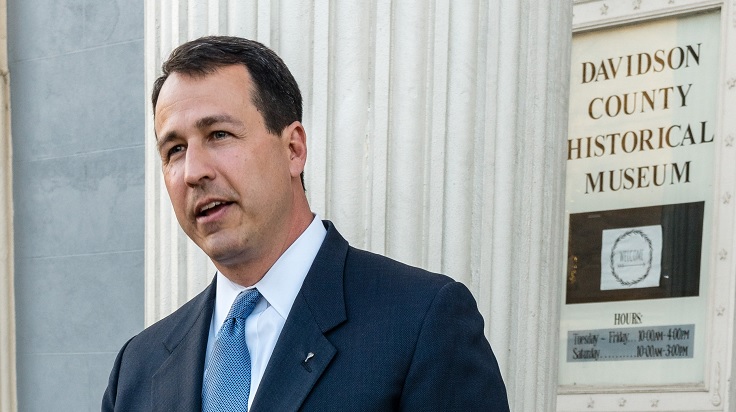 Cunningham was a shareholder in the now-defunct Cunningham Brick Company as recently as 2015, court documents obtained by the Washington Free Beacon show. According to emissions reports filed with the North Carolina Department of Environmental and Natural Resources, the company released at least 1,700 tons of carbon monoxide, nitrogen oxide, sulfur dioxide, and other harmful substances between 1993 and 2011, making it a major polluter in the state.

Cunningham has since placed environmental issues at the center of his campaign, railing against "longstanding" environmental disparities that disproportionately impact the state's "communities of color." But Cunningham Brick was ranked among the state's top 40 air polluters by the Environmental Protection Agency in 2009, having released more than 114,000 pounds of "toxic" emissions. 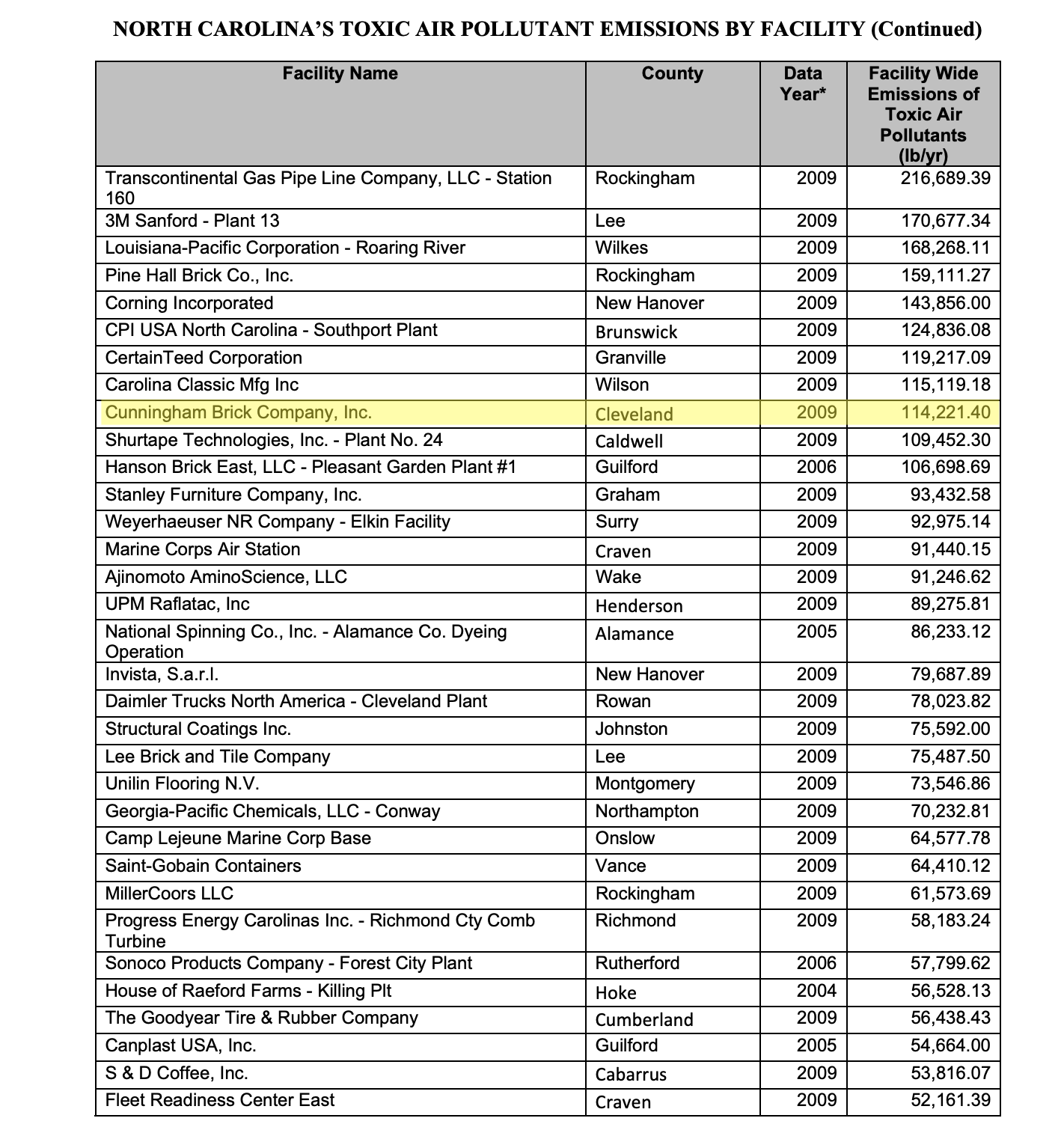 Cunningham and other shareholders acknowledged the company's environmental woes in a May 2015 court filing obtained by the Free Beacon. In the filing, Cunningham Brick noted that it was "aware of environmental issues" caused by "approximately 27,500 tons of contaminated soil" that "needed to be remediated" at a company plant in Thomasville, N.C. A subsequent filing noted that the cleanup effort would cost $400,000. 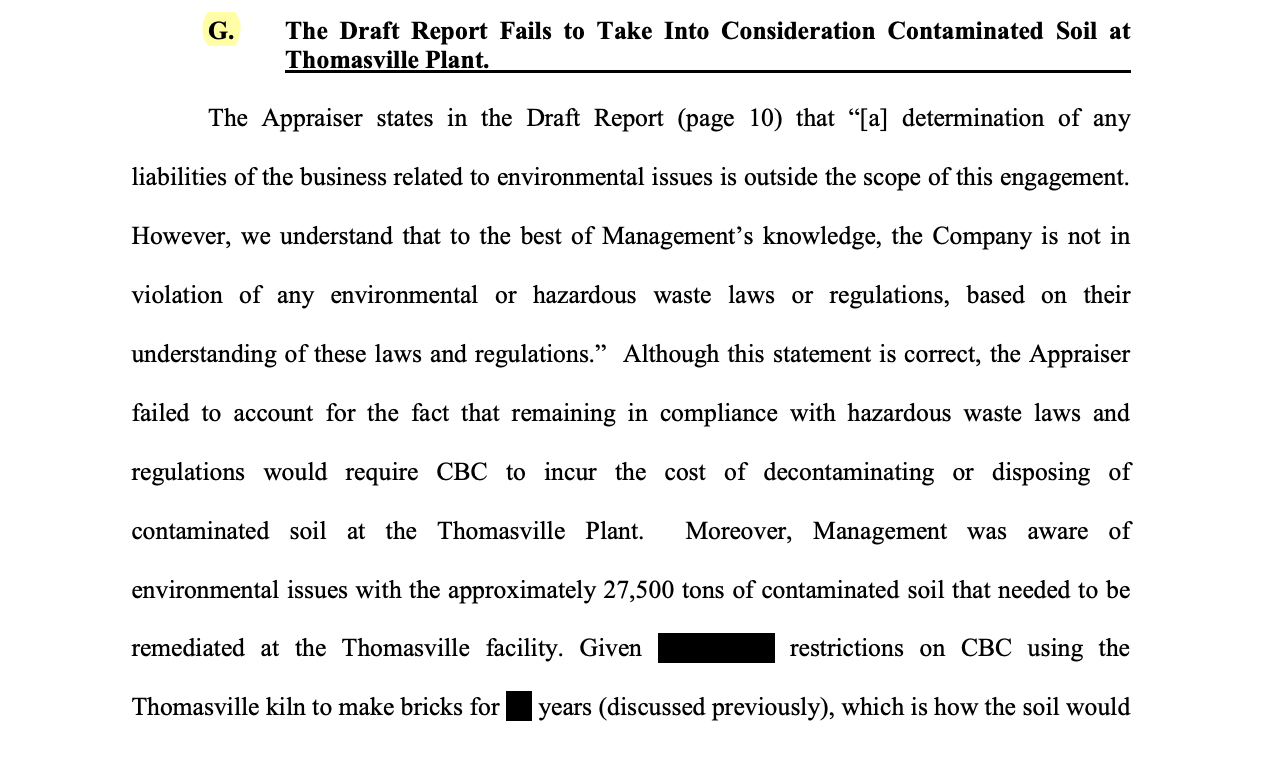 The revelation could hurt Cunningham's plea to "focus on the issues" after the Democrat admitted to engaging in at least one extramarital affair with a married woman. Cunningham has routinely attacked Tillis on the environment, accusing the Republican of exacerbating the "carbon pollution driving our climate crisis" in a 2019 tweet. Cunningham's allies have also looked to environmental issues to defend the Democrat following the news of his affair—Patagonia's political arm recently released an ad calling Cunningham "tough on polluters."

In addition to its release of harmful air pollutants, Cunningham Brick was ranked among the state's top 50 emitters of mercury in 1998 and 1999, according to the Greensboro News and Record. The EPA warned North Carolina residents at the time that mercury pollution can cause "tremors, an inability to walk, convulsions and death." The state's environmental department also noted that "man-made mercury" was polluting the state's waterways "by wind or as runoff from soil."

North Carolina's emissions reports show that Cunningham Brick released more than 21 pounds of mercury, 143 pounds of arsenic, 170 pounds of lead, 145,699 pounds of hydrochloric acid, and 496,085 pounds of hydrofluoric acid between 1993 and 2011.

A number of top liberal environmental groups have endorsed Cunningham in his race against Tillis, including the Sierra Club and League of Conservation Voters. The two groups have combined to spend nearly $392,000 backing the Democrat, according to the Center for Responsive Politics. LCV has also funneled more than $32,000 in direct contributions to his campaign. Cunningham touted the group's endorsement in a July 2019 ad that stressed the "human contribution to this global climate change that we're experiencing."

Cunningham regularly touts his past work at Cunningham Brick on the campaign trail. The Democrat discussed "stacking bricks and driving a forklift in the brickyard" during a March campaign event in Lexington, N.C., and in a February candidate questionnaire with progressive tabloid Indy Week, Cunningham said his work for the company taught him "the value of hard work and a dollar."

Cunningham has scrambled to regain his political footing after his extramarital affair with California strategist Arlene Guzman Todd was exposed in October. While the Democrat has apologized for the affair, which became intimate during a July encounter at his North Carolina home, he has refused to say whether he engaged in extramarital activities with other women. Guzman Todd's husband, Army veteran Jeremy Todd, called on Cunningham to leave the race.

"I firmly believe Mr. Cunningham should drop out of the Senate race and ask that his behavior and actions be reviewed under the Uniform Code of Military Justice," Todd told Raleigh's News & Observer. The Army Reserve later confirmed an investigation into Cunningham, who is a fellow veteran.

Cunningham, who claimed that voters were "tired of hearing about personal issues" during an October press conference, did not return a request for comment.