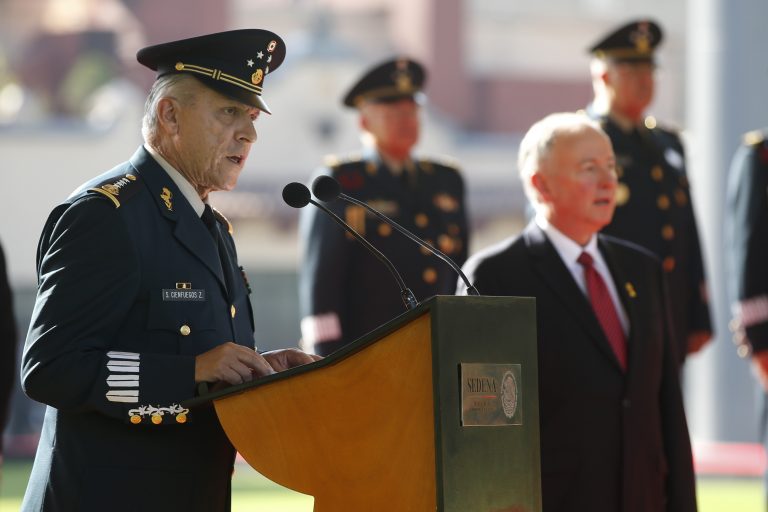 Mexico’s former minister of defense, Gen. Salvador Cienfuegos Zepeda, was arrested Thursday night on charges of drug trafficking and money laundering, making him the highest-ranking official in Mexican history to be arrested on such charges, the New York Times reported Friday.

Zepeda was arrested upon arrival at Los Angeles International Airport and was taken into custody at the request of the Drug Enforcement Agency. His arrest comes only two years after leaving office, as Zepeda held the position of defense minister from 2012 to 2018.

The former official’s arrest is a major blow to the credibility of Mexican law enforcement and overall institutional trust, experts say. The Mexican military has traditionally acted as the principal cartel-fighting force within the country.

Mexican statesmen and academics alike reacted with shock to the news.

Alejandro Madrazo, a professor at CIDE, a university in Mexico City, also told the Times that the arrest was a critical ordeal. "The military has become way more corrupt and way more abusive since the war on drugs was declared, and for the first time they may not be untouchable—but not by the Mexican government, by the American government," Madrazo said.

The news comes during a turbulent time for Mexican national security. In July, Mexican officials said the ultraviolent Jalisco New Generation Cartel had ascended to become the most urgent threat to Mexican national security, as the cartel carries out operations targeting politicians and civilians. The group also sends massive amounts of drugs into the United States, often laced with the lethal substance known as fentanyl.

A report earlier this month found that the Jalisco drug cartel had control over a high-security prison in Mexico for years. Days later, an attack in Mexico City killed six, and the Jalisco cartel is suspected to be responsible. Last week, another report concluded that the death of a key cartel witness in a Mexico prison in March was likely a murder by the Jalisco cartel disguised as a suicide, with the intention of preventing the witness from testifying in the United States.