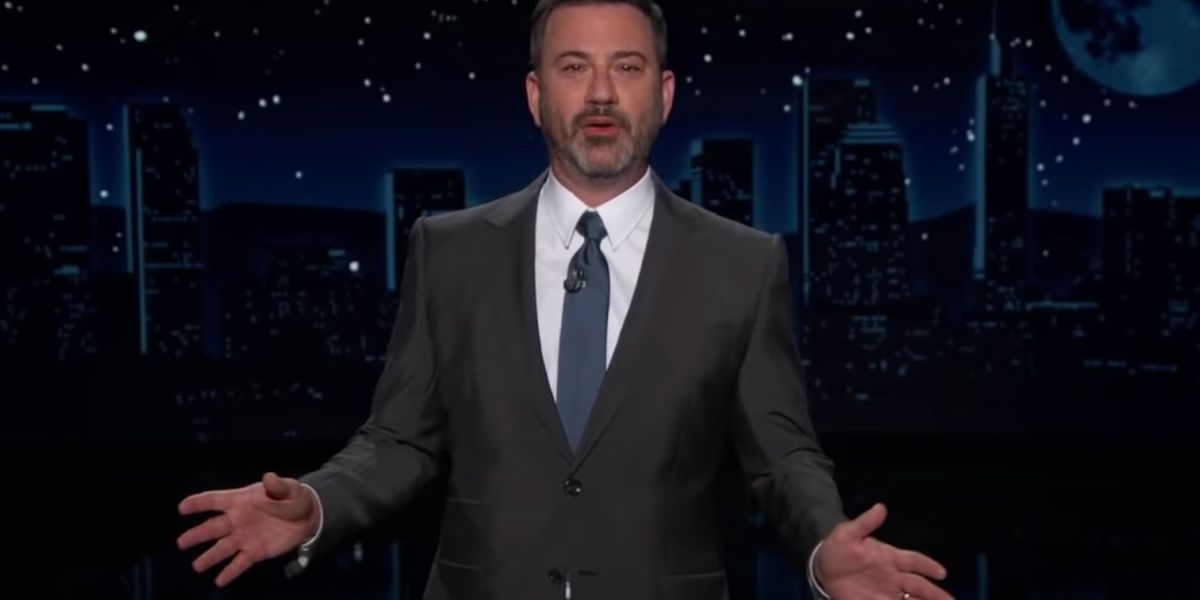 "You know, there was supposed to be a debate tomorrow night, but since Trump would not agree to the virtual format that they wanted to have because he tested positive for the coronavirus, he backed out altogether," the late-night show host explained. "So because there was no debate, Biden agreed to do a town hall on ABC that night.

"NBC pulled a very sneaky move," he continued. "After Trump refused to participate in a virtual debate, they swooped in and gave him his own hour opposite Joe Biden. While many are wondering why NBC would schedule this at the same time as Biden's town hall instead of on another night — or even just in another time slot so we could see what both candidates have to say — the answer to the question is this: NBC sucks."

Joking that the move was a "peacock block," Kimmel insisted that the network — which was once the home of Trump-hosted reality show "The Apprentice" — and said the network was chomping at the bit to get the president back on the air.

"Even though Trump spent a lot of his afternoon cryptically claiming that NBC was setting him up with this town hall, it was a beautiful reunion," he said. "Seeing him back in primetime was like taking a time machine back to 2004 when he was just a blowhard reality TV host, nothing more."

At one point, the comedian quipped, "Thanks, NBC. First 'The Apprentice' and now this. Why not a new Bill Cosby special while we're at it?"