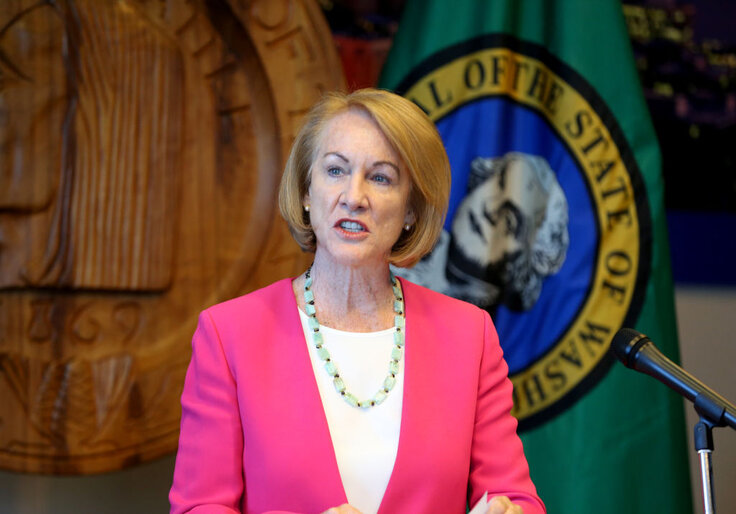 A record number of officers left the Seattle Police Department in September, according to department data released Thursday.

Thirty-nine officers left the force last month—more than twice the number of retirements or resignations in any month on record.

"We are losing an unprecedented number of officers," Mayor Jenny Durkan (D.) admitted.

She argued that the loss in police only "makes it even more critical that we recruit and retain officers committed to reform and community policing that reflect the diversity and values of our city."

Durkan and the Seattle City Council have both called for massive police budget cuts following months of protests, though they have sparred over the exact amount. In August, the council passed a budget that would cut up to 100 police jobs, leading to Chief Carmen Best's resignation.

If officers continue to retire or resign at the current rate, Seattle could soon see the lowest number of cops since the 1990s, when the city's population was 44 percent smaller than it is now.

In total, 110 officers have left the Seattle Police Department this year.

Seattle University criminologist Jacqueline B. Helfgott said the city's police department has not received credit for taking action to reform.

"It's really been understated in the media, the fact that Seattle Police have had co-responder teams since 2010," said Helfgott, who argued that that the national political climate has "unfairly impacted Seattle Police."

The Washington Free Beacon reported yesterday that the United States now has the fewest number of cops in the past 25 years. The Census Bureau found a 2019 average of 214 police officers per 100,000 citizens in the United States.

Seattle, which is left with just over 1,200 officers, now has one of the lowest ratios of cops to citizens of major U.S. cities, with 65 officers per 100,000 residents.