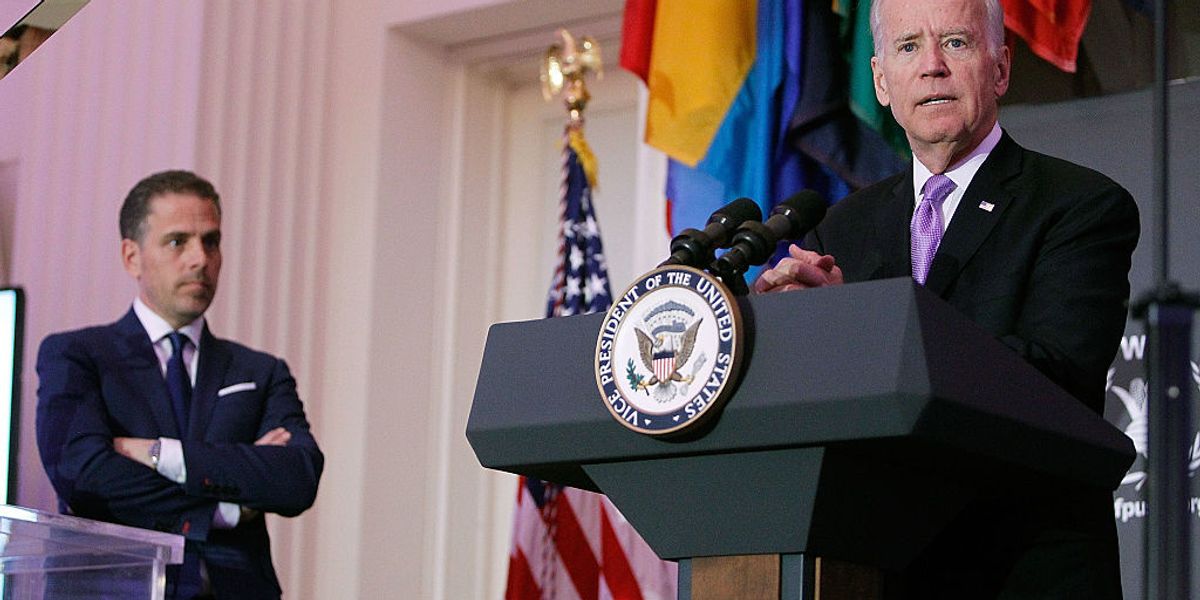 The Republican National Committee has filed a Federal Elections Commission complaint against Twitter, accusing the social media company of making an "illegal corporate in-kind political contribution" to Joe Biden's campaign, according to Fox News. The RNC is basing the FEC complaint on Twitter's censorship of the New York Post article that made accusations about Hunter Biden's overseas business deals.

The formal four-page complaint, which was filed on Thursday, accuses Twitter of "using its corporate resources to provide active support for Joe Biden's campaign in violation of federal law." The GOP group alleges that Twitter has "taken unprecedented actions to suppress the articles from being shared on its platform."

The complaint highlights the fact that the official Twitter accounts for the Trump campaign and White House press secretary Kayleigh McEnany were locked after sharing the New York Post's article about Hunter Biden's dealings with Ukrainian oil and gas company Burisma.

"Democrat media consultants can only dream of such abilities," the complaint read. "Through its ad hoc, partisan oppression of media critical of Biden, [Twitter] is making illegal, corporate in-kind contributions as it provides unheard-of media services for Joe Biden's campaign."

"[Twitter] is acting as Biden's media operative, taking proactive steps to shield Biden from negative news coverage by blocking its distribution and muzzling those who try," the complaint stated. "If [Twitter] charged for this service, Biden no doubt would gladly pay a significant price."

"[Twitter's] feud with President Trump is well known, as are its frequent efforts to censor the President's tweets and the 'shadow banning' of prominent Republicans, including RNC's Chair, Ronna McDaniel, and several Republican members of Congress," the complaint says.

The complaint defines a "contribution" as "anything of value made by any person for the purpose of influencing an election," adding that the "suppression" of the New York Post article "provides a thing of value to the Biden campaign." The complaint notes that "federal campaign finance law strictly prohibits corporations from making contributions to federal candidates."

The complaint points out that Twitter CEO Jack Dorsey and other senior executives "are prolific donors to the Democrat party and other left-wing causes, with 98.7% of the company's total political contributions going to Democrats."

"We don't condone attempts to compromise or infiltrate computer systems for malicious purposes," the policy states. "As such, we don't permit the use of our services to directly distribute content obtained through hacking that contains private information, may put people in physical harm or danger, or contains trade secrets."

By Thursday, Twitter reversed course and allowed users to share the Hunter Biden article that is harmful to the Joe Biden presidential campaign.

"Over the last 24 hours, we've received significant feedback (from critical to supportive) about how we enforced our Hacked Materials Policy yesterday," wrote Vijaya Gadde, Twitter's head of legal, policy, trust, and safety. "After reflecting on this feedback, we have decided to make changes to the policy and how we enforce it," she tweeted.

Twitter CEO Jack Dorsey later said it was a mistake to censor the article.

Our communication around our actions on the @nypost article was not great. And blocking URL sharing via tweet or DM… https://t.co/RhVNI4bgjz

Ajit Pai, the chairman of the Federal Communications Commission, announced on Friday that social media companies such as Twitter and Facebook could experience more scrutiny regarding their immunity set forth in section 230 of the Communications Act.