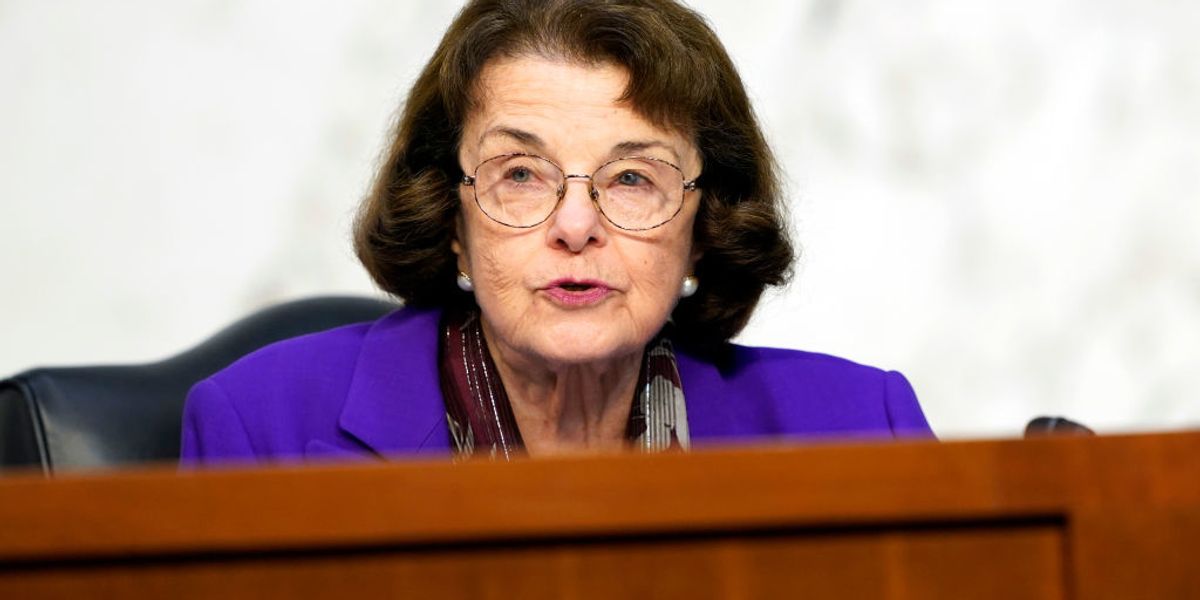 Officials in San Francisco are pushing to rename several public schools in an attempt to purge school buildings of names deemed "inappropriate" like Presidents George Washington or Abraham Lincoln.

Even a school building named for Sen. Dianne Feinstein (D-Calif.) is on a list of 44 sites that parents and educators have been told must be renamed for having connections to slavery, genocide, or oppression,
the San Francisco Chronicle reported. Of the 125 schools in the San Francisco district, more than a third have been added to the list for having objectionable names, including Balboa, Lowell and Mission high schools, Roosevelt and Presidio middle schools, and Webster, Sanchez and Jose Ortega elementary schools.

The San Francisco School Names Advisory Committee is requiring each school on the list to brainstorm new names by Dec. 18. The new names will be presented to the school board in late January or early February, at which time the board will vote on any recommended name changes.

The committee was called for in a 2018 resolution requiring a blue ribbon panel to study school names and submit recommendations for changes.

"The panel includes 12 community members appointed by the superintendent and approved by the school board, as well as district staff members and board President Mark Sanchez," the Chronicle reported. "It was formed in January and has since met 10 times, with members doing their own research, looking at newspaper articles, among other resources to identify whether the name on a school met the criteria for renaming, which includes anyone or anything associated with slavery, genocide, colonization, exploitation and oppression, among other factors."

The committee's specific criteria for a school name to be deemed "inappropriate" includes: Anyone directly involved in the colonization of people; slave owners or participants in enslavement; perpetrators of genocide or slavery; those who exploit workers/people; those who directly oppressed or abused women, children, queer or transgender people; those connected to any human rights or environmental abuses; those who are known racists and/or white supremacists and/or espoused racist beliefs.

Schools named for Presidents George Washington and Thomas Jefferson made the list because they were slave owners. Abraham Lincoln High School must be renamed because the nation's 16th president, who issued the Emancipation Proclamation ending slavery in the South, also ordered the executions of 38 Dakota tribe Native Americans involved in a violent conflict with white settlers in Minnesota.

Dianne Feinstein Elementary, a school named for California's sitting senior senator, made the list because as mayor of San Francisco in 1986, Feinstein reportedly replaced a vandalized Confederate flag at City Hall.

According to the Chronicle, many parents and principals are not thrilled that renaming schools is a priority during a pandemic when many children are not even allowed to attend school and are tasked with virtual learning.

"Principals are devoting resources to this," parent Jonathan Alloy said. His children attend Commodore Sloat Elementary, a school named for the Navy officer who
claimed California for the United States and one of the schools on the list. "We're being presented with it as a fait accompli."

The principal of Commodore Sloat told parents Wednesday that the school would need to come up with a new name because the committee said John D. Sloat was a colonizer who "claimed/stole" California from Mexico.

"We're not actually helping disadvantaged children by changing the name of the school they can't attend," Alloy said, characterizing the timing as absurd.

"We need an inclusive process that will allow all communities to be heard, use professional historians applying verifiable data, issue a written report why a school name might be changed, so the community can make a considered decision," the letter said.

The letter asked the board to "suspend the current process until everyone can safely return to school sites for the robust and thoughtful conversations you directed in the original board resolution."

The president of the school board, Mark Sanchez, acknowledged that some will be unhappy with the changes.

"I don't think there is ever going to be a time when people are ready for this," he said. "Predictably people are going to be upset no matter when we do this."

He added that it was unlikely all 44 schools would have their names changed, but noted that every school on the list "should be prepared."

Here's the list of proposed schools to be renamed and their namesakes, courtesy of the Chronicle:

The Chronicle estimated that name changes will cost tens of thousands of dollars for each school that needs to replace signage.