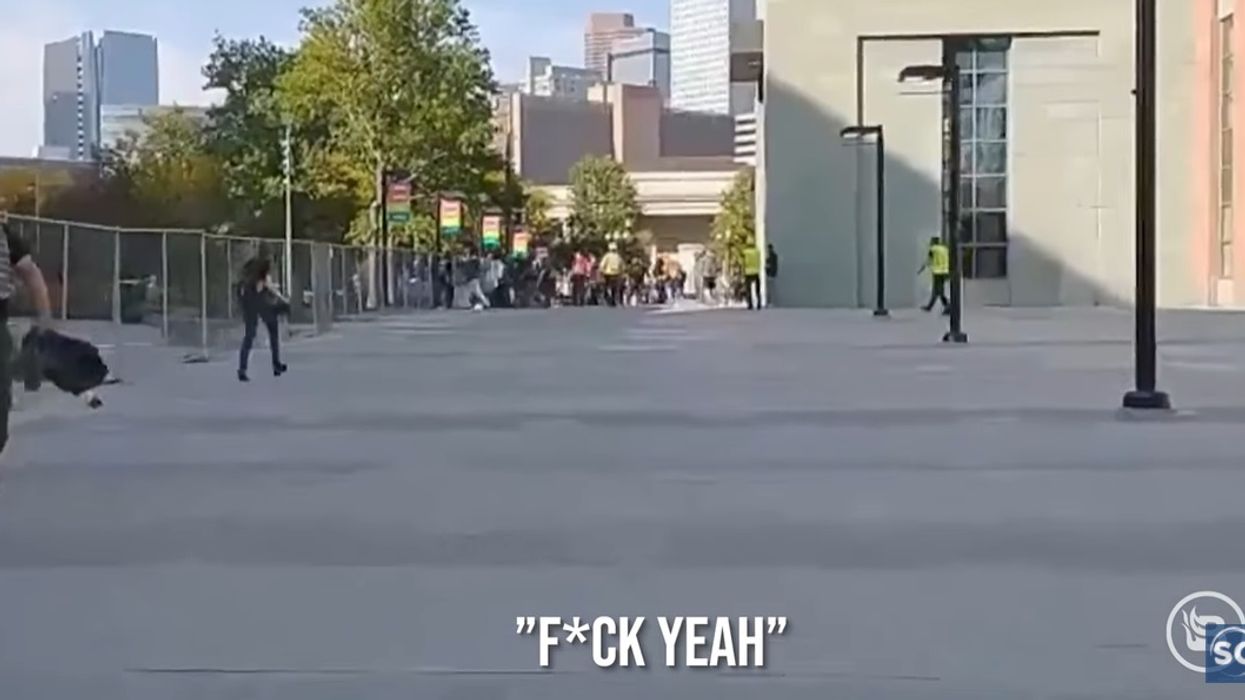 Journalist Andy Ngo, who is best known for his coverage of protests in Portland, Oregon, joined BlazeTV's Elijah Schaffer to discuss Saturday's dueling protests between the "Patriot Muster" group and "BLM-Antifa Soup Drive" counterprotesters in Denver, which resulted in the death of a right-wing protester.

The rally turned deadly following a physical altercation between two protesters that resulted in the shooting death of a pro-police Navy veteran and grandfather. Initial news reports indicated that the shooting suspect was affiliated with Antifa, but Denver police quickly released a statement saying he had no affiliation with Antifa.

"A Trump supporter was killed at a political rally, and Black Lives Matter and Antifa were also present to oppose the 'Patriot' rally … they gave themselves that title [BLM-Antifa]. We didn't jump to conclusions," Elijah said in a recent episode.

"We saw the protesters celebrating the death of the Trump-supporter, very happy about it, saying that he got 'shot in the f***ing dome' and 'F*** yeah, this is amazing,'" he added.

Elijah and Andy agreed that the police statement refuting any Antifa or BLM involvement so soon after the incident was "very fishy" at best, and also questioned why the corporate media isn't reporting on the violent death of a right-wing protester.

Watch the video clip below to catch more of the conversation:

Subscribe to Elijah's 'Slightly Offens*ve' channel on YouTube for FREE access to his man-on-the-street interviews, protest coverage, and more craziness that happens everyday in the USA.