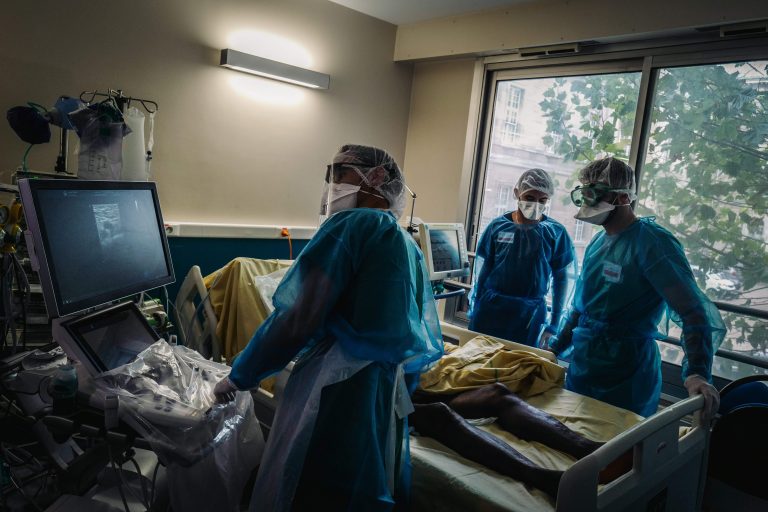 Europe has now surpassed the United States in daily coronavirus cases. That presents a challenge for the Democratic politicians and left-wing commentators who have, for the past several months, made unfavorable comparisons between the United States and Europe yet another arrow in their quiver to shoot at President Donald Trump and to illustrate the alleged superiority of European governance, health care systems, and social cohesion.

In early September, Joe Biden bemoaned the way Europe had outperformed the United States in its handling of the coronavirus. Speaking to a crowd in Wilmington, Del., Biden compared death tolls in the five largest European countries and the United States, asking, "Why weren't we doing what needed to be done?"

Spain's cases per person had, at the time, already surged past the United States; a few weeks later, France followed suit. Today, the United States and the European Union have the same number of cases per capita; Belgium, the Netherlands, France, Spain, and the United Kingdom all report higher rates. Europe, it seems, wasn't doing what needed to be done after all.

Don't expect to hear anything about this from those who profess to follow the science and to venerate data. We expect them to ignore science that undermines their political objective—defeating Trump—and to keep insisting, against the evidence, that America has it worse.

To the America lasters, the coronavirus crisis is further proof that the United States is backward, incompetent, and inferior to Europe's rational, technocratic, socialist paradise. To them, American lives lost to the deadly disease weren't a tragedy—they were another opportunity to score points against Trump.

Take Biden proxy Beto O'Rourke, who called Europe's outperformance "embarrassing." Or CNN's Gloria Borger, who explained the European Union's travel ban on Americans this way: America can't control the virus, "not vice-versa," she said, although Europeans are also prohibited from traveling to the United States. Or Senate Minority Leader Chuck Schumer, who said in July, over crocodile tears, that Europe was "getting back to normal" because it had a "strong testing regime."

Then, as now, America administered more tests than the entire European Union. But facts don't matter. While critics crow about Americans’ refusal to practice safety measures, the data show that Americans are more likely to wear a mask than Brits, Canadians, and Scandinavians, and only somewhat less likely than Italians, Spaniards, and the French.

Though Democrats continue to fearmonger about a coronavirus vaccine, Americans are more likely to call vaccines "safe and effective" than our supposedly more-enlightened European counterparts.

Here's the reality: Countries with little experience with a pandemic continue to struggle with it. America's leaders, from the federal government on down, have made bad calls and good calls, as have those in Europe. But that idea is totally alien to people who believe, to their core, that America can do no right, while Europe can do no wrong.

Still, to everyone who insists, against the evidence, that Europe is the socialist wonderland Bernie Sanders promised, that America's is the worst coronavirus response in the world, and that they'd rather move to Canada, we have a simple message: Pack your bags and good riddance.