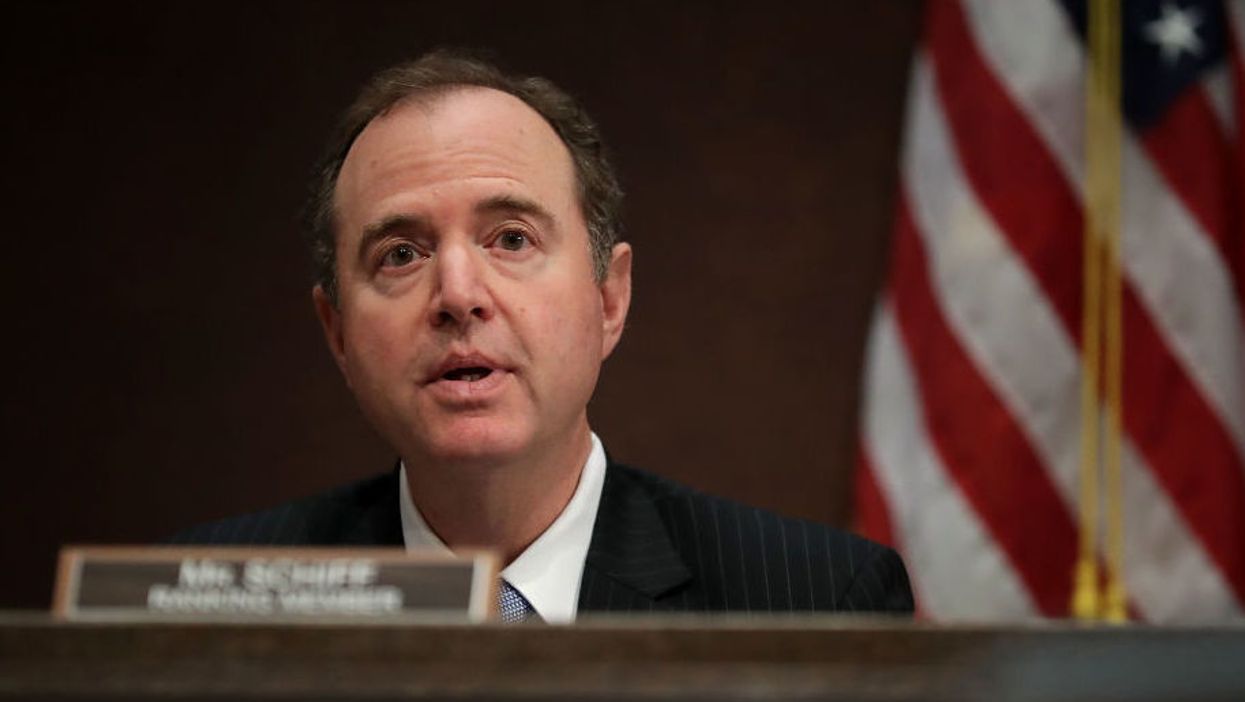 As scrutiny around Hunter Biden intensifies following bombshell stories stemming from a hard drive that allegedly belonged to former Vice President Joe Biden's son, top Democratic leaders are coalescing around a narrative to explain away the explosive stories.

Controversy erupted Wednesday when the New York Post reported evidence that Biden, during his tenure as vice president, met with a top executive from Burisma, the Ukrainian natural gas company, while Hunter Biden was working there.

According to Rep. Adam Schiff (D-Calif.) and Sen. Chris Murphy (D-Conn.), the stories are misinformation planted by the Russians.

"Joe Biden — and all of us — SHOULD be furious that media outlets are spreading what is very likely Russian propaganda," Murphy said on Saturday.

"Russia knew it had to play a different game than 2016. So it built an operation to cull virulently pro-Trump Americans as pseudo-assets, so blind in their allegiance to Trump that they'll willingly launder Kremlin constructed anti-Biden propaganda," he claimed. "Guiliani was a key target."

2/ Russia knew it had to play a different game than 2016. So it built an operation to cull virulently pro-Trump Ame… https://t.co/rDk36L7bAi

Murphy added, "Whether he knows it or not, Giuliani is effectively a Russian asset now."

Despite claiming to have "seen the intel," the only evidence that Murphy used to back his claims were two media stories, one from the Washington Post and another from CNN.

The Post's story claims, "White House was warned Giuliani was target of Russian intelligence operation to feed misinformation to Trump." However, the story mentions in the opening paragraph that it is sourced only by "four former officials familiar with the matter."

Meanwhile, Schiff, the chairman of the House Intelligence Committee, made the exact same claim in an interview with CNN's Wolf Blitzer.

"Well, we know that this whole smear on Joe Biden comes from the Kremlin. That's been clear for well over a year now that they've been pushing this false narrative about the vice president and his son," Schiff said.

He added, "But I guess at this point we can't be shocked by anything this administration does, no matter how craven. But, clearly, the origins of this whole smear are from the Kremlin, and the president is only too happy to have Kremlin help and try to amplify it."

"Well, look, I think we know who the driving force behind this smear has been all along and it's been the president and the Kremlin. The Kremlin has an obvious interest in denigrating Joe Biden. They want Donald Trump to win," he said. "They recognize he's a weak president."

Schiff added, "And this particular smear though has also been acknowledge to come from the Kremlin, and there it is from the Oval Office, another wonderful propaganda coup from Vladimir Putin, seeing the president of the United States holding up a newspaper promoting Kremlin propaganda. It's really incredible."

Blitzer did not push back against Schiff's claims, nor did the California Democrat offer up evidence to back his claims.

As New York Post editor Sohrab Ahmari noted Sunday, "It's now been four days since The Post dropped the first Hunter Files story, and neither Joe nor Hunter has disputed a single material fact. The easiest thing they could do is to say, 'That laptop isn't ours, Hunter didn't send/receive those e-mails.' Yet they haven't done that."