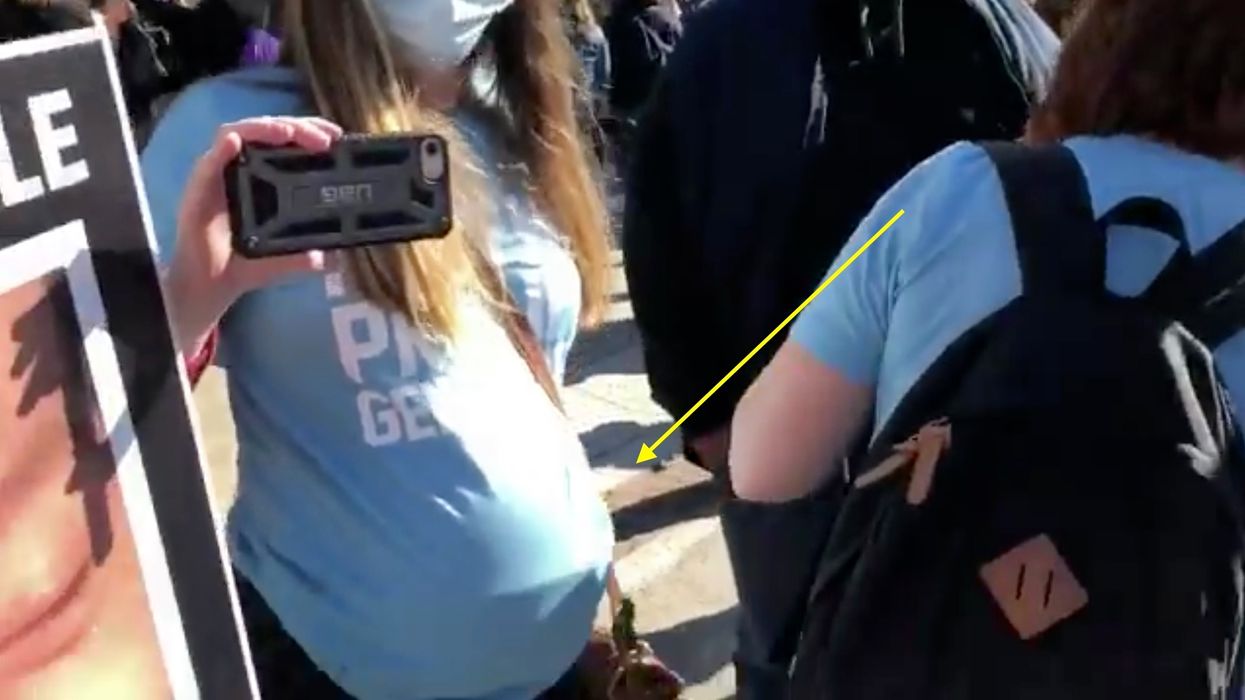 Thousands of protesters gathered in Washington, D.C., amid the coronavirus pandemic on Saturday for the Women's March 2020. One video from the event that is gaining attention online shows a pro-abortion protester accosting a pregnant anti-abortion demonstrator.

According to Daily Caller reporter Matthew Miller, the pregnant demonstrator was playing the sound of her child's heartbeat over a loudspeaker.

In response, one of the pro-abortion protesters said, "I would want to kill myself if I was that baby." Other protesters laughed at the coarse remark.

When asked by a nearby reporter to explain herself, the Women's March protester doubled down. "Imagine using your child for political s***. I'm saying if I was that child, I'd probably want to kill myself, yeah," she said.

What did the pregnant woman say?

She told the reporter that she attended the protest because she wanted to show pro-abortion advocates that her unborn child is, in fact, a human being.

"To show that my daughter is a real human. Yes, she's in my body. Yes, I'm responsible for her, but her life matters, too," the woman said. "This march, they're not marching for pre-born women. That's why I'm here, and that's why my daughter's here, so that they can have a voice as well."

The woman explained that protesters had been accosting her all day, telling her to "eff off," "go home," and "your kid should be aborted."

Women’s March protesters scream at pro life pregnant woman. She was playing her babies heartbeat on a sonogram for… https://t.co/8XtWA6m6P9

According to NPR, 10,000 attendees were permitted to be at Saturday's left-wing Women March event, despite Democratic Mayor Muriel Bowser prohibiting "mass gatherings of more than 50 people."