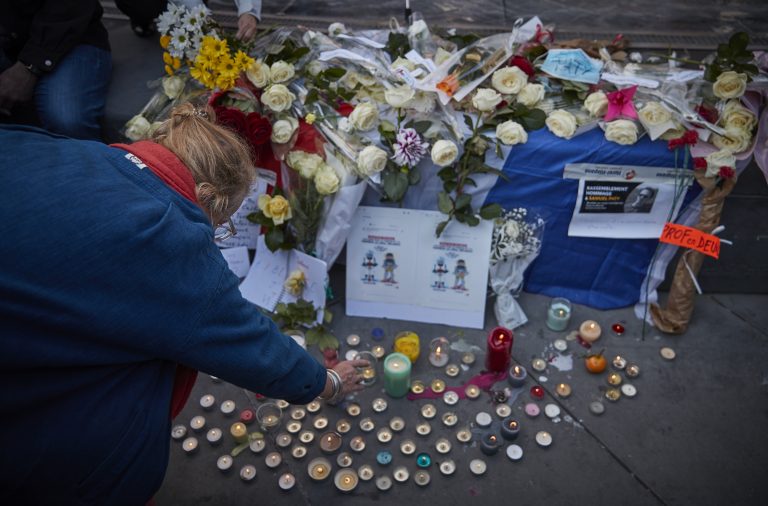 France plans to expel over 200 radical foreigners after the killing of a French school teacher in what French president Emmanuel Macron called an "Islamist terrorist attack," Fox News reported Sunday.

The 231 alleged radicals were identified by the File of Alerts for the Prevention of Terrorist Attacks, which French media say is a primary tracker of terrorism within the country.

Of the individuals identified, 180 are currently detained, and French authorities plan to soon arrest the other 51. Paris already had plans to expel all the radicals listed, but the attack on the French citizen and school teacher accelerated those plans, Macron’s government confirmed.

French authorities also said 11 people have so far been arrested in connection with the killing.

An 18-year-old Chechen refugee, identified only as Abdoulakh A., is suspected of killing French history teacher Samuel Paty after Paty showed his class cartoons of the prophet Mohammed. The suspect was shot dead by French police after Paty was killed. Paty’s death shocked France, as the teacher was brutally beheaded and his body left in the street. Bystanders told authorities that the killer shouted, "Allahu Akbar," a common rallying cry among Islamic terrorists. As of Friday, police had not yet verified this account.

Paty’s horrific death is not the first instance of extreme violence in retaliation against free expression France has dealt with in recent years. In 2015, two al Qaeda-associated shooters gunned down 12 people in Paris after the satirical magazine Charlie Hebdo published cartoons critical of Mohammed.

Paty’s class lesson that prompted the attack on him was about the nature of free speech and used the Charlie Hebdo affair as a case study and a model debate for students.

French protesters took to the streets this weekend in memory of Paty, with signs referencing the legacy of the Charlie Hebdo attack.

"We must show the unity of the Republic when the Republic is attacked," French education minister Jean-Michel Blanquer told French media while attending the rally.