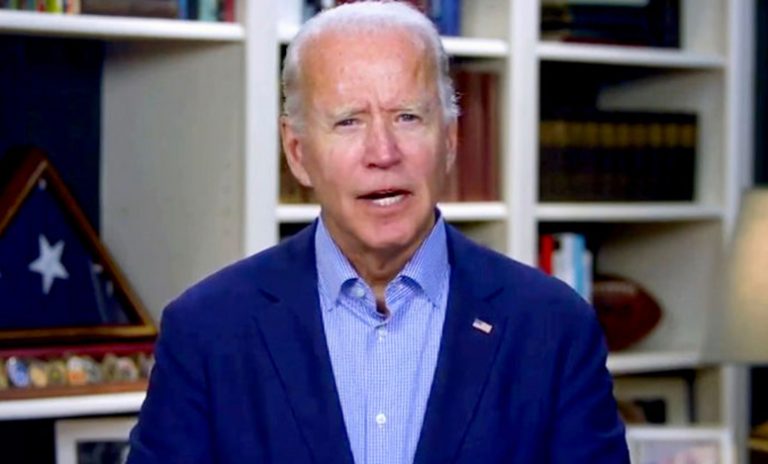 Former vice president Joe Biden on Monday vowed to "finish strong" in the final weeks of the 2020 election. That same morning, the Biden campaign released a schedule with no public events before the final presidential debate on Thursday night.

Biden's so-called "basement strategy" of hiding from public view and refusing to take a position on hot-button issues such as court packing until after the election has been embraced by the Democratic strategists who know him best. Biden's cognitive decline and tendency to lash out at reporters exercising their cherished rights under the First Amendment are key factors in the decision to keep the candidate locked away until Election Day.

The basement strategy could also be an effort to prevent Biden from contracting COVID-19. His closest aides presumably don't think he has the physical and mental prowess of President Donald J. Trump, who easily defeated the disease and as a result enjoys a considerable "experience gap" compared with his opponent.

Former president Barack Obama, a multimillionaire who still hasn't donated to his former colleague's campaign, is among the leading Democrats who lack confidence in Biden's ability to handle a more rigorous public schedule. Obama, who has consistently urged Biden not to run for president, refused to endorse his former running mate in the Democratic primary, and has put very little effort into supporting Biden's campaign in the general election.

Reports suggest Obama simply does not regard Biden as a candidate worth supporting. For example, the controversial former POTUS reportedly told one of Biden's rivals in the Democratic primary the former VP "really doesn't have it," and urged another top Democrat not to "underestimate Joe’s ability to fuck things up."

Biden, meanwhile, has consistently maintained that Obama is one of his very best friends in the whole wide world.