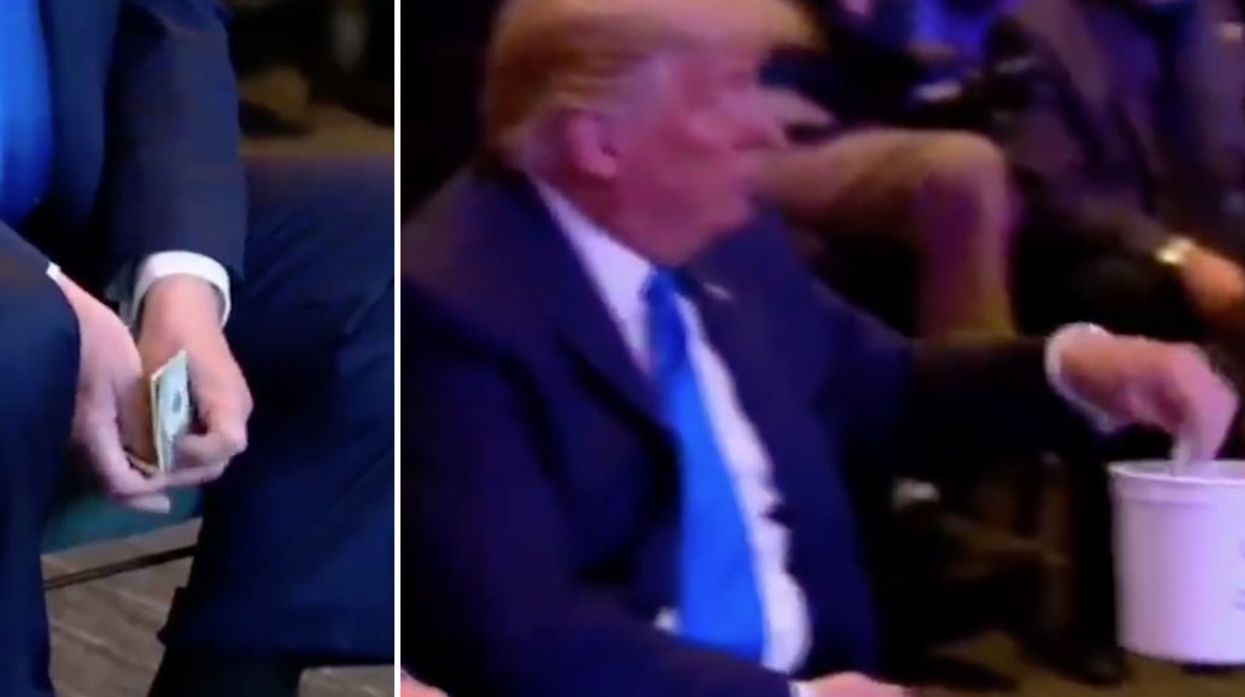 President Donald Trump was excoriated on social media Sunday after a viral video showed him placing a wad of $20 dollar bills into the collection bucket at a Las Vegas church.

Trump attended the morning service at the International Church of Las Vegas, according to the Las Vegas Review-Journal. During the service, Pastor Marc Paul Goulet led his congregation to pray over Trump and announced he would fast one day per week for Trump until Election Day.

"This is your third time here. That means you're a church member," Goulet said during the service. "I don't care what anybody says. I love my president."

What does the video show?

During the part of the service where the church collected the offering, video showed the president retrieve multiple $20 dollar bills from his suit jacket and place the money in an offering bucket.

It wasn't clear exactly how much money the president gave to the church, an act that is viewed as private and only between God and the giver.

Video and photos of Trump went viral, triggering yet another pummeling of the president.

Some detractors criticized the amount of money Trump gave; others claimed Trump attended the church service simply to curry favor with Christian voters ahead of Election Day.

However, for as much hate leftists poured onto Trump, he was also widely praised for giving money during the service.