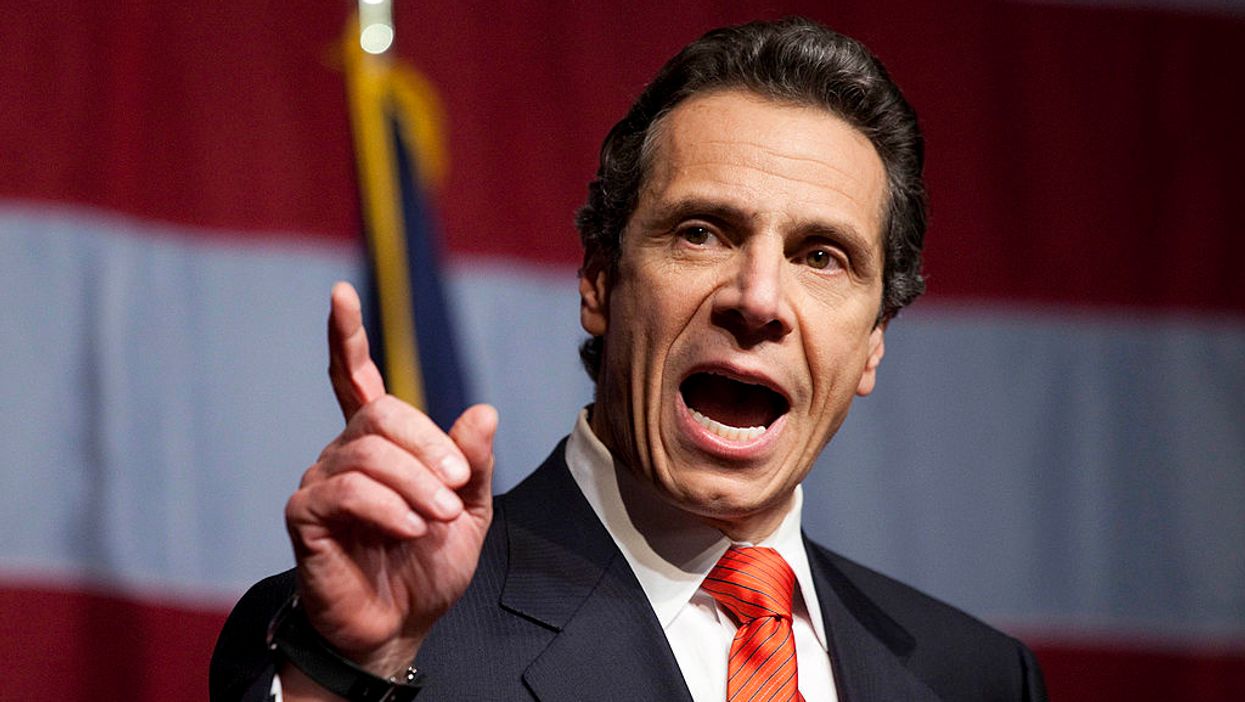 New York Gov. Andrew Cuomo (D) on Monday said he is not confident in the Food and Drug Administration's approval process for a potential COVID-19 vaccine or in the Centers for Disease Control and Prevention.

Speaking with ABC News chief anchor George Stephanopoulos, Cuomo added that he believes the American people share his skepticism of any vaccine approved under President Donald Trump and that people should be skeptical.

"I'm not that confident, but my opinion doesn't matter. I don't believe the American people are that confident," Cuomo said. "You're going to say to the American people now, 'Here's a vaccine, it was new, it was done quickly, but trust this federal administration and their health administration that it's safe'? We're not 100 percent sure of the consequences? I think it's going to be a very skeptical American public about taking the vaccine, and they should be!"

Cuomo indicated that he would not approve distribution of a vaccine until his own state agencies and medical experts reviewed it first.

"What I said I'm going to do in New York is we're going to put together our own group of doctors and medical experts to review the vaccine and the efficacy and the protocol, and if they say it's safe, then I'll go to the people of New York and I will say it's safe, with that credibility. But I believe all across the country, you're going to need someone other than this FDA and this CDC saying it's safe," Cuomo said.

"I think it's going to be a very skeptical American public about taking the vaccine, and they should be."

Cuomo charged that the FDA and CDC under Trump's leadership "doesn't have any credibility." He brought up comments from Dr. Anthony Fauci, director of the National Institute of Allergy and Infectious Diseases, in which Fauci said the administration had restricted his media appearances.

"You have Doctor Fauci now saying they basically tried to muzzle him," Cuomo said. "He has the highest credibility in the nation on this issue."

Cuomo also questioned the Trump administration's preparedness to administer a vaccine to millions of Americans, criticizing how the federal government responded to the coronavirus last January and February, saying "it's going to be a debacle."

While criticizing the Trump administration, Cuomo did not acknowledge the criticisms leveled at his state government over New York's response to the coronavirus.

Last March, Cuomo issued an executive order that required nursing homes to accept COVID-positive patients returning from New York Hospitals into their facilities to prevent hospitals from being overwhelmed and all of the beds occupied. This executive decision led to thousands of elderly New Yorkers dying as coronavirus ran rampant in nursing homes.

Cuomo has so far refused to take responsibility for the consequences of his executive order, blaming Republicans and the New York Post for his failures.