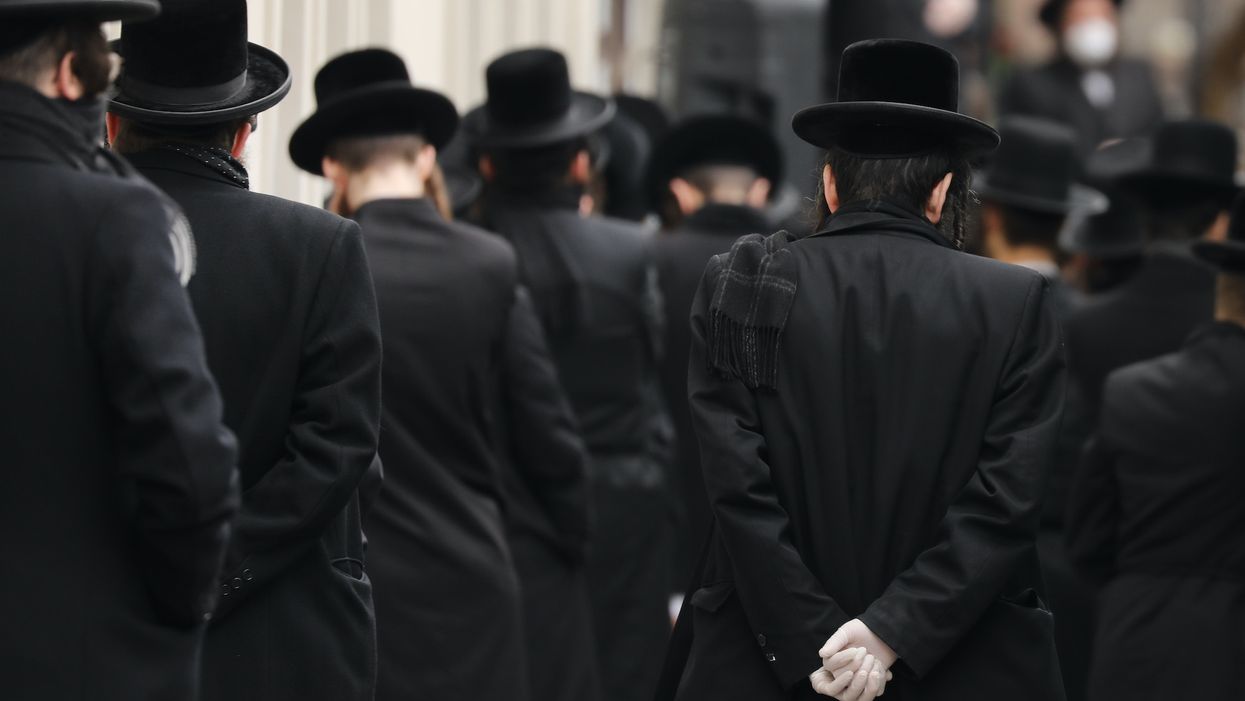 New York Democratic Gov. Andrew Cuomo and New York City Democratic Mayor Bill de Blasio have been on the receiving end of serious pushback for their perceived targeting of Orthodox Jewish communities with their COVID-19 policies and rhetoric.

They had an ally, however, in Orthodox Rabbi R'Mayer Zelig Rispler, who repeatedly urged Jewish communities to follow safety measures impose by city officials.

In April, after de Blasio had issued multiple threats to the Jewish community to follow his coronavirus rules or else, Rispler was one of the leading Orthodox voices calling on the Hasidic community to follow the COVID-19 commands, the New York Post reported.

"We do not condone any behavior that puts people at risk and pledge to keep working alongside the brave men and women of the NYPD in addressing and eliminating any such occurrences," he wrote, according to the Times of Israel.

According to the Post, the rabbi fell ill last month.

Rispler, 70, died of COVID-19 last week, the Times reported, and was buried Friday.

De Blasio and Cuomo have a history of targeting Jews

Cuomo and de Blasio have repeatedly come under fire for their coronavirus policies and statements that have been seen as especially unfair to the Orthodox Jewish community.

● In March, law enforcement was sent to crack down on a large Jewish prayer meeting in Brooklyn for violating the city's social distancing rules.

● Also in March, de Blasio threatened to shut down synagogues for violating his order to stop gathering during the pandemic. He issued the threat on a Friday afternoon just hours before the Jewish community was set to meet for weekly Shabbat gatherings.

● In April, the mayor, shortly after closing synagogues for Passover, announced that the city would be providing 500,000 Halal meals for Muslims during Ramadan.

● Later in April, Hizzoner singled out the Jewish community for arrest for violating social distancing guidelines, tweeting, ""My message to the Jewish community, and all communities, is this simple: the time for warnings has passed. I have instructed the NYPD to proceed immediately to summons or even arrest those who gather in large groups. This is about stopping this disease and saving lives. Period." (He was later forced to apologize.)

● In June, the mayor booted Hasidic Jewish kids from a park in Brooklyn because of social distancing while de Blasio himself endorsed massive BLM protests. He even went so far as to say that the BLM protests trumped religious services.

● A few days later, the mayor was once again upset that people were once again gathering at the park, so he had the gates welded shut.

● This month, Cuomo threatened to shut down New York City synagogues if the Jewish community did not follow his coronavirus rules.

● At the same time, Cuomo used a photo of a gathering from 2006 to attempt to justify shutting down Jewish gatherings.

● Also in October, Cuomo issued new "draconian" coronavirus measures during Jewish holiday celebrations and had police sent in to enforce the new rules, which resulted in the community coming together to burn face masks in the streets and holding a festive Trump rally.