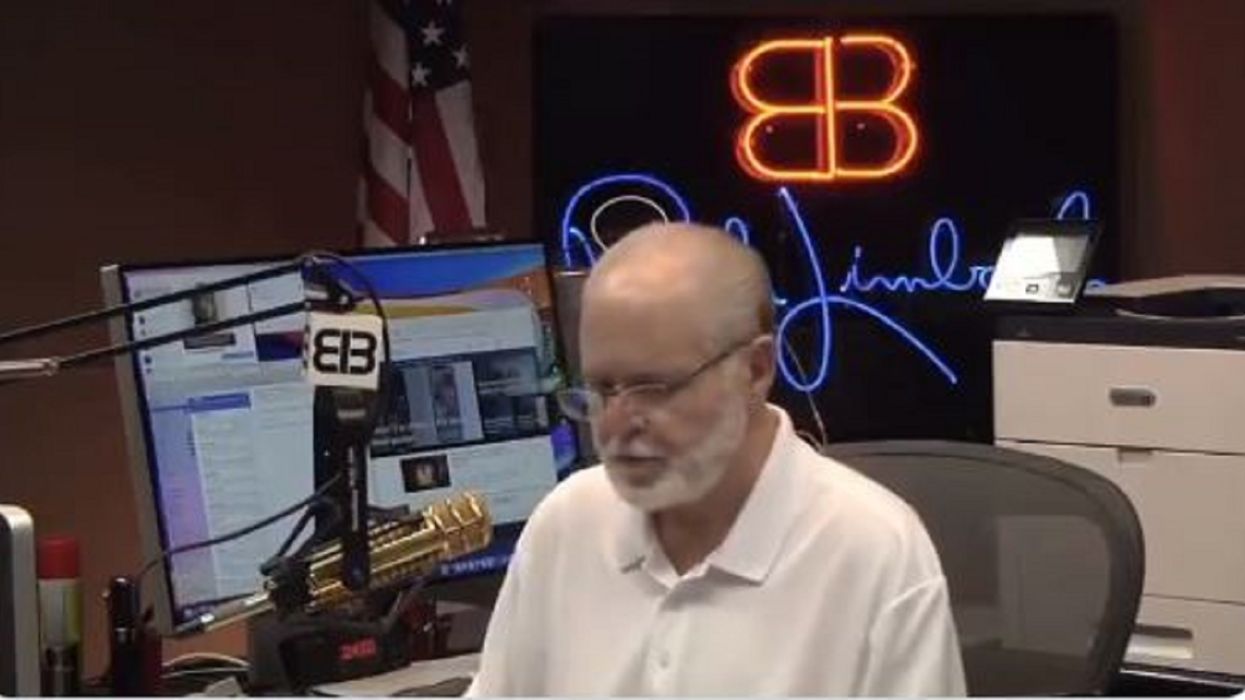 Conservative talk radio icon Rush Limbaugh gave a somber update on his fight against lung cancer on Monday, but also spoke of the "immense value, strength," and confidence he has received from his faith throughout his treatment.

Limbaugh began his show by saying that he and his staff have been inundated with emails from listeners asking for an update on his condition, and noted that has tried not to make his personal experiences the focus of his show — either before or since announcing his diagnosis of stage 4 lung cancer in February.

He pointed out his awareness that his listeners have hardships of their own, and that many of them are battling cancer themselves.

But the host reluctantly gave an update nonetheless, saying that "it's tough to realize that the days where I do not think I'm under a death sentence are over."

He stated that scans in recent weeks "did show some progression of cancer," although previous scans indicated that the cancer had been "rendered dormant."

"It is cancer," he said. "It eventually outsmarts pretty much everything you throw at it."

Limbaugh said that his most recent news "is not dramatic, but it is the wrong direction."

"All in all, I feel very blessed to be here speaking with you today," the host shared. "Some days are harder than others. I do get fatigued now. I do get very, very tired now.

"But I am extremely grateful to be able to come here to the studio and to maintain as much normalcy as possible. And it's still true — I wake up every day, thank God that I did. I go to bed every night praying I'm going to wake up," he continued.

"I have a personal relationship with Jesus Christ," the host reminded his audience. "It is of immense value, strength, confidence. And that's why I'm able to remain fully committed to the idea that what is supposed to happen will happen when it's meant to.

"There's some comfort in knowing that some things are not in our hands," Limbaugh added. "There's a lot of fear associated with that, too. But there is some comfort. It's helpful to be able to trust and to believe in a higher plan."

The first 15 minutes of Limbaugh's Monday show can be heard on this link from WSB-FM.

Not surprising, there were many hateful comments online from people celebrating the news of Limbaugh's possibly deteriorating condition, and wishing unspeakable things upon the radio legend.

But what was unexpected was for fellow conservative radio host Michael (Weiner) "Savage" to use the opportunity to attack Limbaugh, accusing the trailblazer of delivering a poor introduction to his show by sharing his health update.

"Limbaugh's crying about his cancer on air! Worst 15 minutes in radio history!" Savage tweeted. "Spilled a large coffee all over counter and floor. I PROMISE MY AUDIENCE THIS- I WILL NOT DRAG YOU DOWN WITH ME! Best wishes RUSH, but stop and leave the stage with dignity."

Limbaugh's crying about his cancer on air! Worst 15 minutes in radio history! Spilled a large coffee all over coun… https://t.co/IWANo3uJLS

Savage was roundly excoriated by Twitter followers for the message from Monday morning, but as of this writing, it remains on his feed.