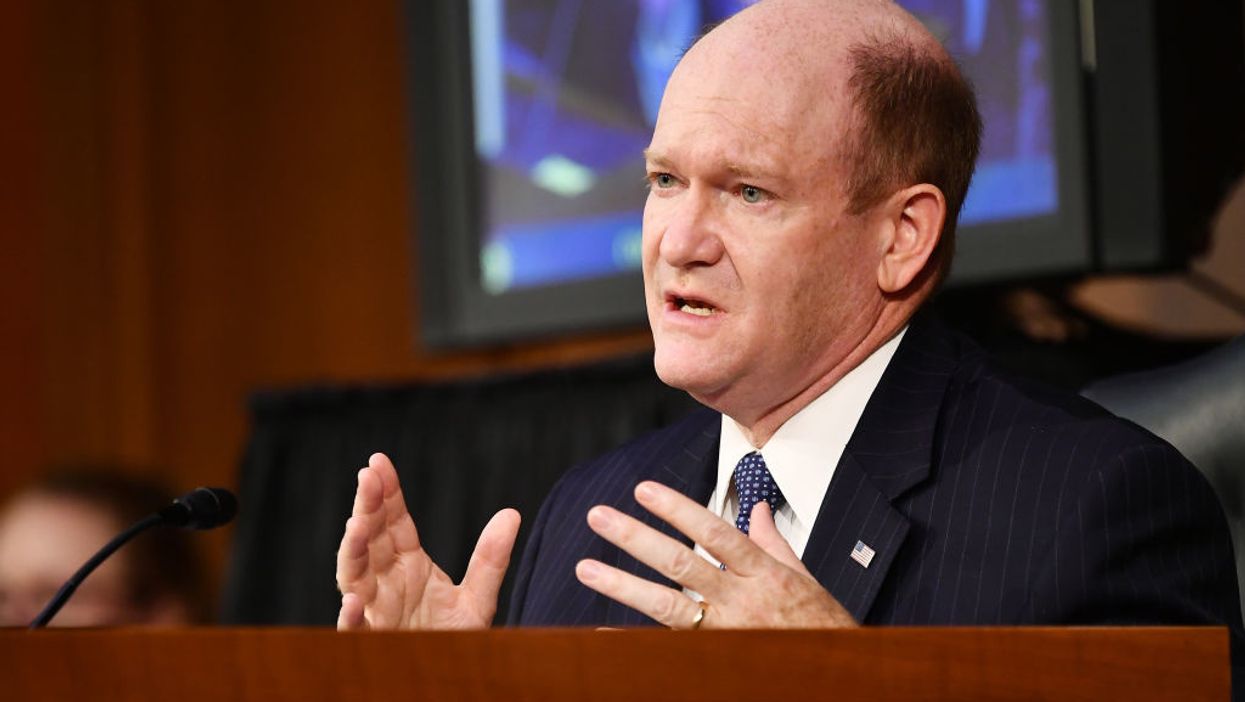 In a Sunday interview with CNN's Jake Tapper, Coons stated that he's "not a fan" of court-packing, but made clear that he would support such a measure if Republicans proceed to confirm Barrett's appointment to the Supreme Court.

"We have a few weeks here to see whether there are four Republicans who will step back from this precipice," Coons said in response to a question about whether he favors court-packing.

"It is the Republican majority that's responsible for racing forward with this extreme unqualified nominee, unqualified because of her extreme judicial philosophy, and that is who should be bearing the brunt at the ballot box in this election. We need to focus on that, and then if we happen to be in the fact pattern where we have a President Biden, we'll have to look at what the right steps are to rebalance our federal judiciary," Coons continued.

Although Coons had by this point made his position obvious, Tapper continued to press whether Coons' mind was "open" to adding justices to the Supreme Court, to which Coons responded, "Yes."

This isn't the first time that Coons has suggested that there is something improper about a Republican Senate confirming the judicial nominees of a Republican president, as it is expressly permitted to do by the Constitution. The previous Sunday, when Fox News' Chris Wallace asked if he favors court-packing, Coons responded, "I'll tell you, for the last four years I've seen unprecedented court-packing. ... Instead of passing a COVID relief package that will help millions of Americans who are unemployed, who have been infected, whose businesses or employers have closed, we are focusing on jamming through Judge Barrett. I think this constitutes court-packing."

Of course, if Barrett is confirmed, she will become the ninth justice on the Supreme Court, which is a clear indication that her confirmation would not constitute court-packing, as the term has been understood since the presidency of Franklin Roosevelt.

Multiple recent polls have confirmed that the American public is solidly opposed to adding more justices to the Supreme Court.