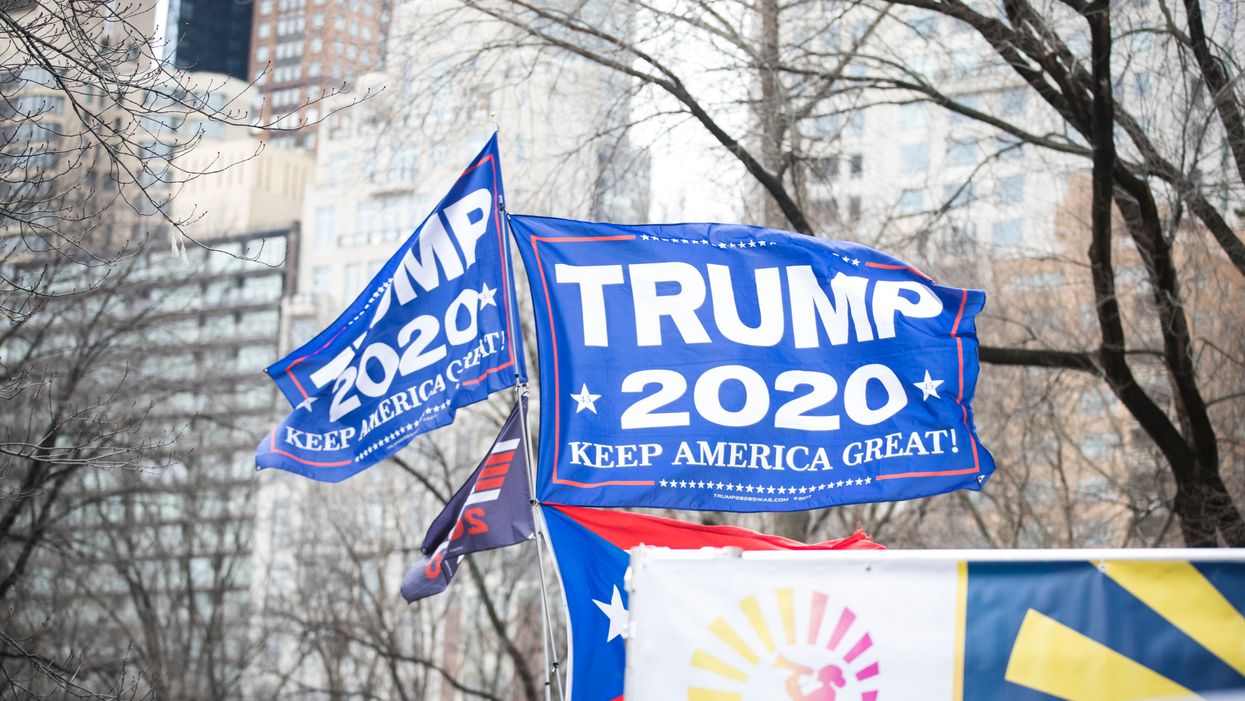 DeLuca — outreach director for Republicans for National Renewal — says she was peacefully demonstrating in D.C. on Saturday with a pro-Trump flag when a woman approached her and began attempting to take away the offending flag.

The outlet noted that DeLuca was also demonstrating to show her support for Supreme Court nominee Judge Amy Coney Barrett.

According to the report, when the older woman approached DeLuca and could not muscle away the flag, she began hitting and punching DeLuca.

In a statement to the outlet, DeLuca said, "The first woman was a white older woman — she had glasses on, a glittery, bedazzled Black Lives Matter shirt. She looked like she could have been my grandma, honestly."

According to the outlet, "DeLuca said that she felt reluctant to defend herself due to the advanced age of her attacker, but was determined to retrieve the flag when it was snatched."

DeLuca was hospitalized after the attack and, according to the outlet, treated with a cervical collar due to head and neck injuries.

DeLuca shared a photo of her injuries to Twitter, captioning the snap, "The aftermath of supporting @realDonaldTrump at the Women's March today!"

The aftermath of supporting @realDonaldTrump at the Women’s March today! https://t.co/p6goOyBjps

On Monday morning, DeLuca — who apparently received backlash for sharing her story across social media — tweeted, "The fact I even have to come on here and defend myself to a bunch of disgusting leftists is sad. I didn't charge at a woman. She stole my flag and I put up my hand to retrieve it from the ground so I didn't get kicked while I was down on the ground."

The fact I even have to come on here and defend myself to a bunch of disgusting leftists is sad. I didn’t charge at… https://t.co/1uLl6QCjER