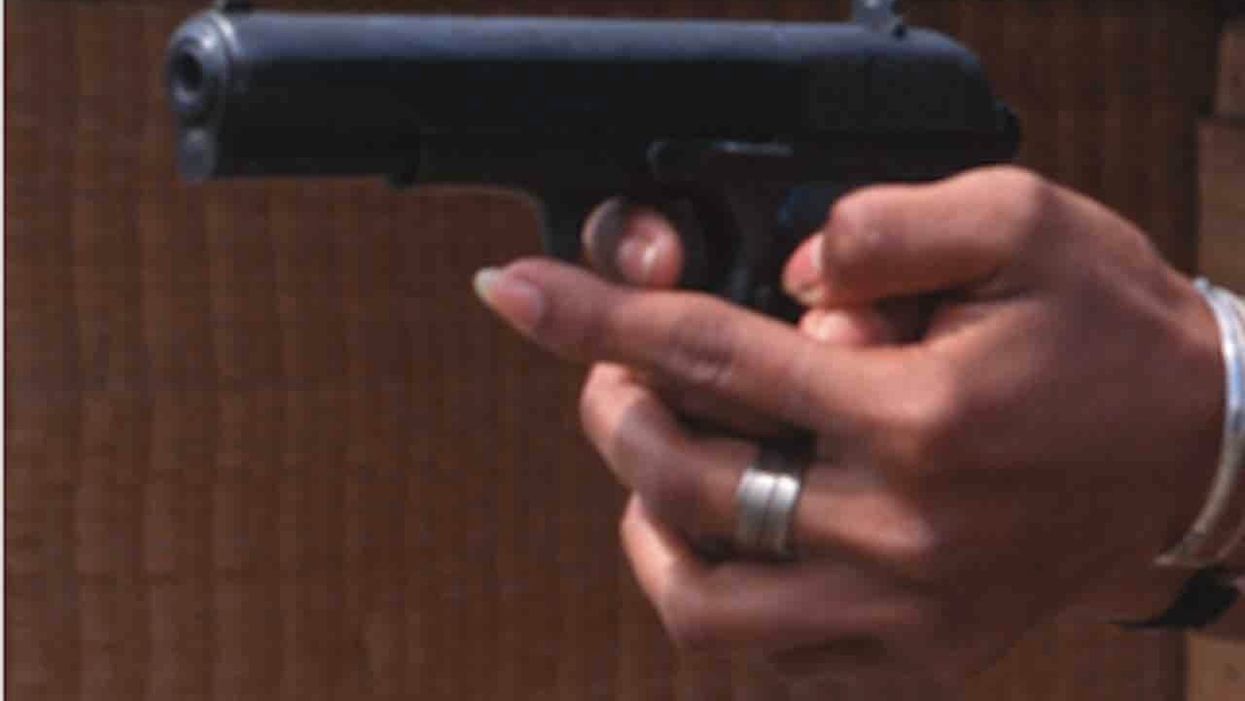 A trio of men wearing hoodies and armed with guns forced their way into a home in Monroe, Louisiana, around 10 p.m. Oct. 11 and demanded money, the Monroe News-Star said, citing a police report.

A male in the residence refused to comply with their demands and yelled several times for the female resident, who had fallen asleep, the paper said. The male was struck in the head several times with a gun, the News-Star said.

When the woman woke up, she said she knew something was wrong and grabbed her gun from underneath the mattress, the paper said.

She saw the male resident fighting with with two unknown armed men, the News-Star said, adding that one was wearing a light gray hoodie and the other was wearing a dark hoodie and light blue jeans — and that the latter assailant pointed a gun at her.

With that, the woman fired multiple rounds and heard one man say, "Aw, she shot me," the paper said.

The woman said a third man was standing at the front doorway and appeared to be in shock, the News-Star reported, adding that all three ran off, got into a silver Nissan Altima, and drove away.

The jig is up

Emergency room staff informed officers that 19-year-old Jeffrey W. Williams Jr. told them he was hanging out with friends when someone drove by shooting at them, the News-Star noted.

But police noticed that Williams' clothes matched the description from the home invasion, the paper said. And once officers began interviewing him, Williams told them he and another man entered the home and demanded money at gunpoint, the News-Star reported.

He said when the woman came into the living room, she fired two or three shots at them, the paper said — and he noticed he was shot in the abdomen as he fled the residence.

The man who forced his way into the home with Williams reportedly drove him to the hospital and dropped him off at the emergency room, the News-Star said.

Williams said he doesn't know the third man's name, only that he lives in West Monroe, the paper said.

Williams was arrested Friday and booked into Ouachita Correctional Center on one count of aggravated burglary, the News-Star said, adding that his bond was set at $100,000.