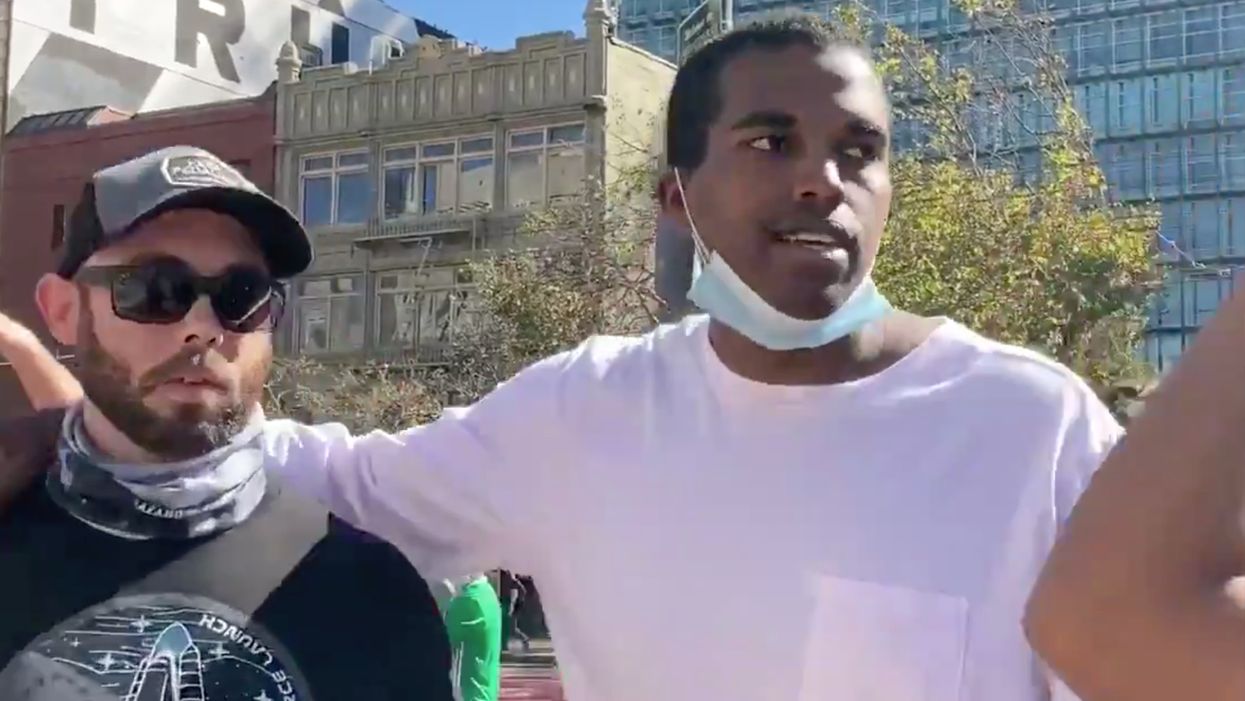 Authorities arrested a man in connection with an assault on a speaker at a San Francisco free speech rally that took place on Saturday.

A suspect punched the free speech rally organizer in the face, knocking out at least two of his teeth.

According to Newsweek, authorities arrested 35-year-old Adora Anderson of Watsonville, California, who is accused of "mayhem" and "hate crime enhancement" after reportedly punching 25-year-old Philip Anderson in the face.

Authorities say there is no relation between the men despite their shared last name.

Viral videos captured the moment that Philip was assaulted during the rally, which was referred to as a "Free Speech Rally Against Twitter and Big Tech." The demonstration was held at the federal building at U.N. Plaza, near Twitter's headquarters. The event was a protest against the company's censorship of the New York Post's article on emails purported to belong to Hunter Biden regarding foreign business dealings and his father, Democratic presidential nominee Joe Biden.

San Francisco police arrived on the scene on to respond to reports of an aggravated assault. Philip told authorities that he had been participating in the free speech rally when an unknown assailant punched him in the face.

A GoFundMe page to raise money to repair Philip's teeth has received more than $30,035 in donations at the time of this reporting.

A
statement from the San Francisco Police Department read:

On Saturday, October 17, 2020, at approximately 12:20 PM, San Francisco Police officers responded to the area of Leavenworth and McAllister Streets for a report of an aggravated assault. Officers met with a 25-year-old male victim who identified himself as the victim of the assault. The victim told officers he was participating in a free speech rally at UN Plaza when he was punched in the face by an unknown suspect. The assault caused the victim to lose two teeth. The SFPD Night Investigations Unit and Special Investigations Unit led the investigation.

While an arrest has been made, this remains an open investigation. Anyone with information is asked to call the SFPD 24 Hour Tip Line at 1-415-575-4444 or Text a Tip to TIP411 and begin your text message with SFPD. You may remain anonymous.

Authorities shut down the Saturday rally after counterdemonstrators became violent.

As previously reported by The Blaze, the situation quickly spiraled out of control against those conservatives gathered for the demonstration, and police were forced to escort them away from the premises and to their vehicles.

Following the assault, Philip told the crowd, "Too bad it got canceled. That's what happens when you lose free speech, this is what our country has turned into."

He also shared a snap of his bloodied mouth on social media after leaving the hospital.

He captioned the photo, "Antifa attacked me for no reason."

Philip later tweeted, "I have a question for you, Joe Biden. You said that Antifa is just an idea. This is what they did to me. I'm at the hospital right now ... because of Antifa. Do you still think, after seeing this, that they're just an idea?" 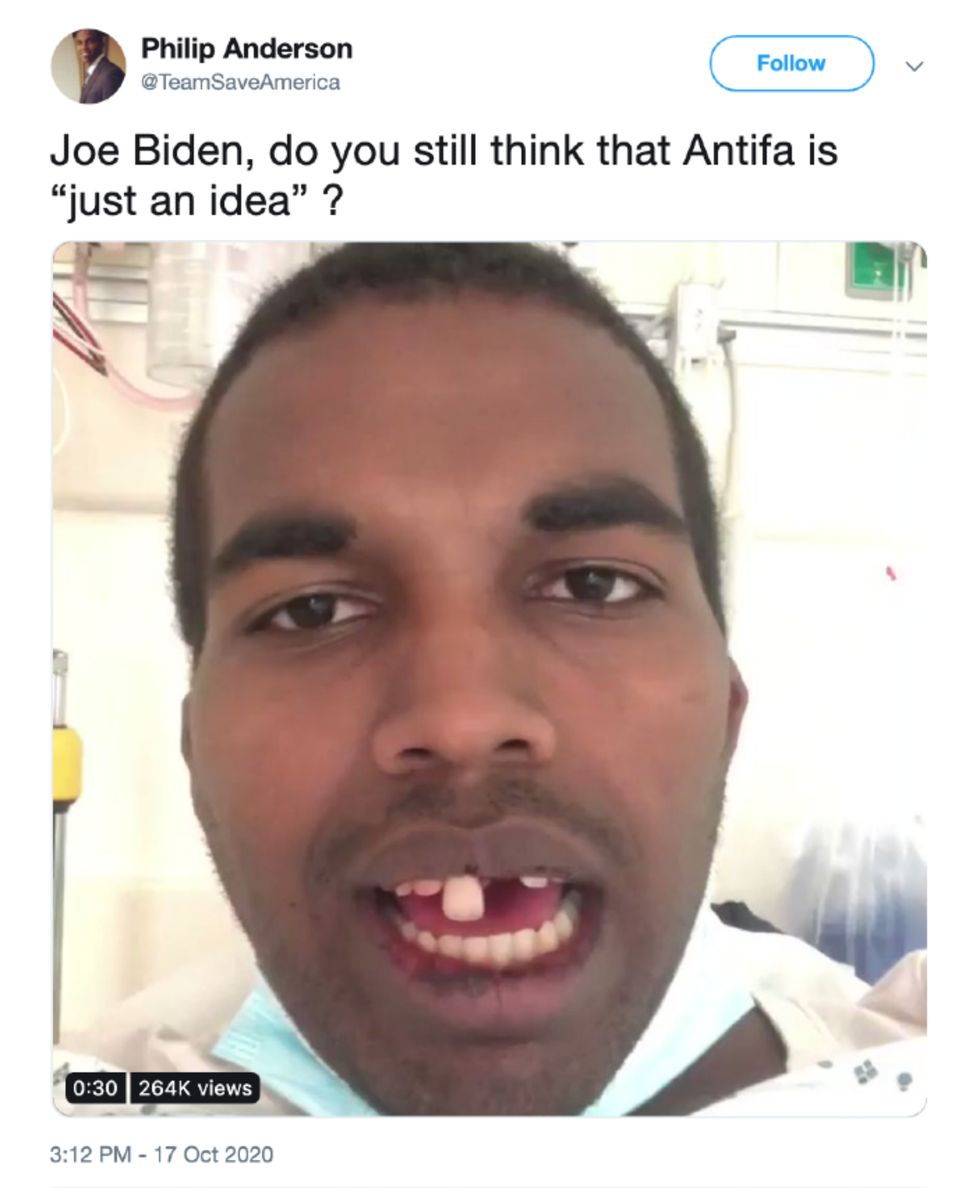 The tweets are unavailable at the time of this reporting, as his account has been suspended.

Causing him to flee th… https://t.co/3v7qfgdkDn