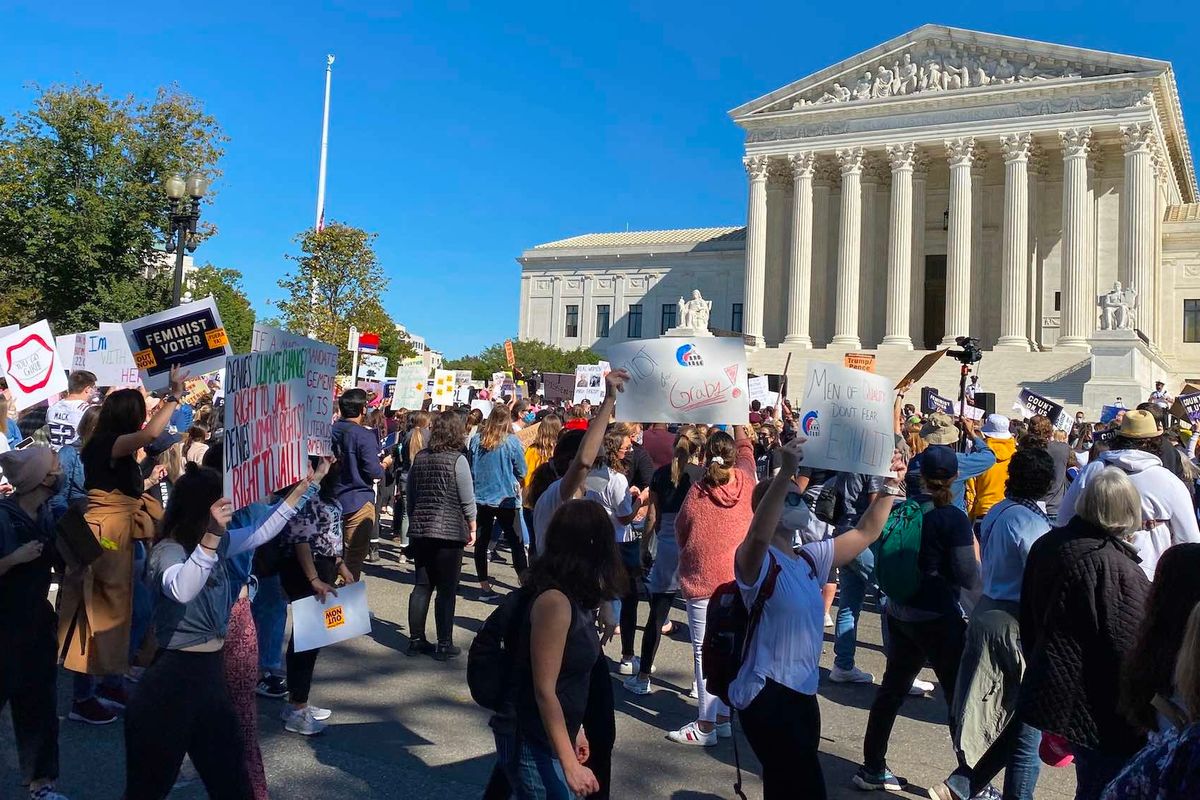 Democratic presidential nominee Joe Biden has refused to say whether or not he would yield to the calls of the radical base of his party pushing for him to pack the Supreme Court should he win the White House and the Democrats win control of the U.S. Senate on Nov. 3. He has even gone so far as to say voters don't deserve to know his stance.

His running mate, Democratic Sen. Kamala Harris (Calif.), has stayed on message and avoided answering the question of expanding the court.

Any Democratic attempt to grow the size of the high court will have to go through Congress first. Which means the that if the left wants to see its court-packing scheme become a reality, a number of moderate Democrats — particularly in the Senate — will have to be convinced.

If a new poll published by the New York Times on Tuesday is any indication, such a push by the Democratic left wing to get Senate moderates in the party to agree to expanding the court will likely be a slog, considering how strongly opposed Americans — especially independents — are to court-packing.

What did the poll say?

The New York Times/Sienna College survey asked voters, "If Amy Coney Barrett is confirmed to the Supreme Court and Joe Biden is elected president, do you think that Democrats should or should not increase the size of the Supreme Court to include more than nine justices?"

The results showed that, by nearly a two-to-one margin, Americans do not want the court expanded — even if Barrett is confirmed and Biden wins: 58% of voters said they oppose a court-packing move, while 31% said they support it.

When broken down by the two major political parties, the results are not terribly surprising: 89% of Republicans oppose expanding the court, and 6% support it. Among Democrats, 57% back increasing the size of the court, while 28% oppose.

Should Democrats gain a Senate majority, analysts assume it will be a slim one that will have very little wiggle room for defectors.

And if Democrats are able to take control, it will be because they were able to get Democrats elected this year — and in recent years — from traditionally GOP-leaning states, such as Sen. Kirsten Sinema and candidate Mark Kelly of Arizona, Sen. Joe Manchin of West Virginia, Sen. Jon Tester and candidate Steve Bullock of Montana, candidate Cal Cunningham of North Carolina, candidate Jon Ossoff of Georgia, and candidate Jaime Harrison of South Carolina.

Any other data breakdowns?

Only two other subsets in the Times polling data breakdown had even a plurality of voters saying they support court-packing: young adults and black voters.

Here are the non-political subsets provided in the poll's cross tabs: