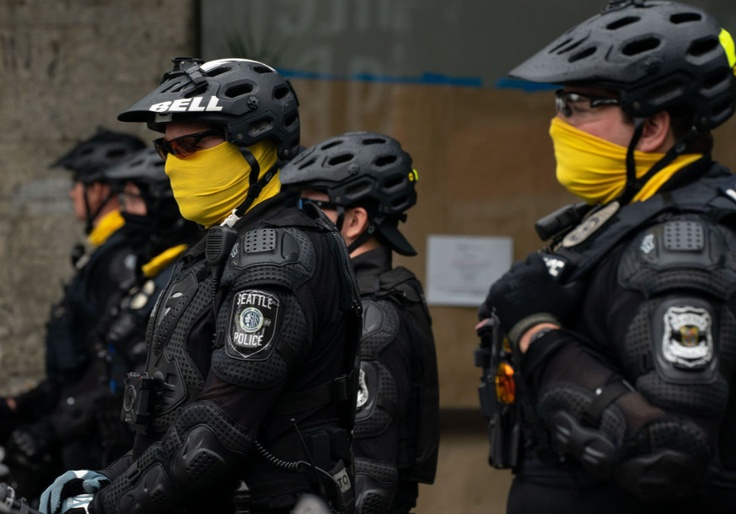 Officers who left the Seattle Police Department this year cited a lack of support from Seattle's "socialist" city council and fear for their safety as reasons for their departure, according to exit interview documents obtained by CBS affiliate KIRO 7.

A record number of officers left Seattle's police force last month—including Carmen Best, the first black woman to serve as police chief in the city—bringing the year's total resignations and retirements to 110. The KIRO 7 report found that officers repeatedly cited issues with the Seattle City Council as the reason for leaving in their exit interviews.

"I refuse to work for this socialist City Council and their political agenda," one officer wrote. "It ultimately will destroy the fabric of this once fine city."

Another officer said he left because of "an unwinnable battle with the City Council," which "will be the downfall of the city of Seattle." Yet another left because the city's "morals" were different from his own.

One officer said budget and staff cuts will force officers to respond to dangerous situations without backup and also leave citizens waiting longer for help.

According to the KIRO 7 report, officers who left to take other jobs in law enforcement said they moved because they feared that budget cuts to the Seattle Police Department would put their jobs at risk.

Best announced her resignation in August after the Seattle City Council passed one budget measure that would have cut 100 officers from the department—a move she called "reckless." The former police chief said the city council left her out of conversations regarding the police department budget and alleged the council would have treated her differently if she was white.

Anti-police protests broke out in Seattle in late May following the death of George Floyd. Since then, city officials in Seattle and other major U.S. cities have proposed various budgets that would cut millions in funding from their police departments. Seattle mayor Jenny Durkan (D.) recently proposed her own massive police department budget cuts. In June, New York City mayor Bill de Blasio (D.) announced a $1 billion cut from the NYPD. Portland City Council also moved to cut its police funding by $15 million.