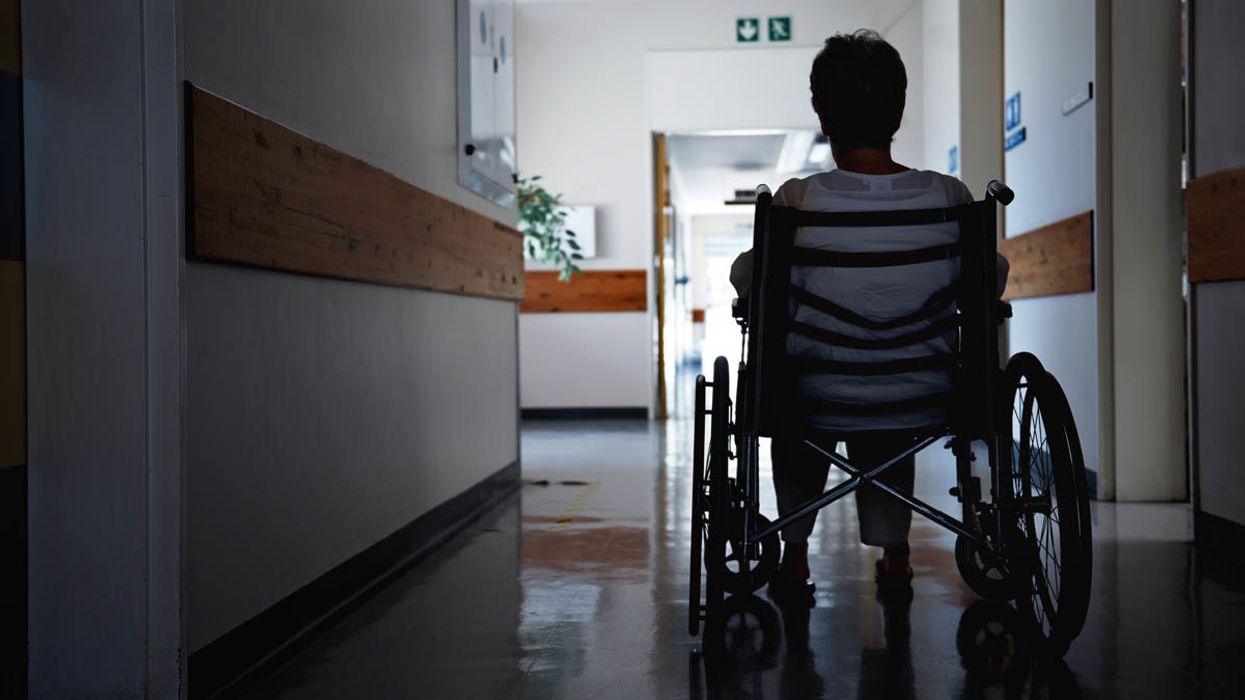 This is the new normal. You must remain isolated from people for years to come until we are into the second generation of vaccines.

That is essentially the plan from our elites, who are pushing panic, fear, and social isolation until years into the discovery of a vaccine – if they ever stop at all. It is utterly insane to do this to younger and healthier people given how nebulous a threat the virus poses to them compared to the collateral damage of lockdown policies and social isolation. But what is often forgotten in the shuffle is that locking down seniors for this long – even allowing for the fact that the virus poses a greater risk to them – is not an option either. It is a death sentence.

COVID-19 poses the greatest threat to those in the final months and years of their lives, often the same people who are experiencing declining mental health in addition to physical ailments. Insisting that they remain away from their families and pursuit of happiness under all circumstances indefinitely for the next number of years, however, is tantamount to putting them in the grave early. The fatality rate of COVID-19 could be statistically high to people in this cohort, but complete lockdowns leading to atrophy will cause a 100% death rate and ensure that the life they lived in their remaining months and years was not much of a life.

Last week, Dr. Laurie Archbald-Pannone, an associate professor of medicine at the University of Virginia, observed that during the summer of 2020, the number of dementia-related deaths was 20% higher than last year. A similar phenomenon has already been observed in the U.K. That there are 20% excess deaths among those recorded as having died of dementia is astounding given that we already know COVID-19 deaths are liberally coded. We know that anyone who tested positive for COVID-19 in a nursing home and subsequently died of Alzheimer's was still recorded as a COVID death. I know many friends, relatives, and podcast listeners who had parents enduring the days of Alzheimer's, and they received a death certificate, much to their shock, listing coronavirus as the cause of death.

Hence, this 20% excess is over and beyond those who died of COVID-19 or even with the virus.

Robert Anderson, chief of mortality statistics at the U.S. Centers for Disease Control and Prevention, said in an interview with Politico that this finding is "highly unusual." "There's something wrong, there's something going on and it needs to be sorted out," he said when this data was first observed by the CDC in September.

Well, we don't need Sherlock Holmes to investigate what is going on with our seniors. As Dr. Archbald-Pannone observes, "Social isolation, which essentially is little or no contact with others, is the last thing seniors with dementia need. But it's what many have received, as caregivers are forced to limit visits during the pandemic." It stands to reason that someone who is already suffering cognitive decline who faces today's depressing and lonely world foisted upon us by the elites is going to decline rapidly. It's likely this has already happened.

It's one thing to be more careful with seniors; it's quite another for long-term care facilities to shut out all family members indefinitely or even for seniors still living in their own homes to be completely abandoned by their children because they are convinced they can't get anywhere near them. This is unacceptable, and any virus mitigation efforts even for seniors requires more precision and nuance that is based in observed science as to who they can see and under what circumstances.

My son, while he was struggling with the closure of school last year, developed a great relationship with his grandparents by spending time keeping them company. They also held our new baby girl since her birth in April. I know many others who refused to do this. They are undoubtedly well-intentioned, but are they considering the emotional cost and are they following the science?

Now that we see that children barely spread the virus, it's quite obvious that babies most certainly do not. Babies rarely test positive even for asymptomatic cases. One study of 101 babies born to mothers with COVID-19 in a New York hospital during the peak of the pandemic in March found that just two had positive test results, "but none had clinical evidence of coronavirus disease 2019 (COVID-19), despite most infants rooming-in with mothers and direct breastfeeding."

It's one thing to suggest that we err on the side of caution for a few weeks, but to do this indefinitely is erring on the side of death and decline. Even for those in nursing homes, who are certainly at high risk to get seriously ill from coronavirus, a categorical ban on relatives is not an option. There are so many people who have gone without seeing their own spouses, much less children and grandchildren, during the final months of their lives. With mass testing available, there is no reason a strict testing regime can't carefully allow a limited number of family members to visit under the right circumstances and environments. Solitary confinement is unacceptable. There's a reason even hardened prisoners fear this form of punishment.

Steve McLaughlin, county executive of Rensselaer County, New York, spoke on my podcast last week about his rally in the state capital to call on Governor Andrew Cuomo to open nursing homes to visitors. "You literally have people locked up inside nursing homes that are being denied the human compassion and human touch of their own families," bemoaned the independent-minded county executive who represents the cities east of the state capital. "Even though those families can test negative for COVID, they are still not being allowed in."

He pointed out how Cuomo is the same person who asked him and other county executives in March to place COVID-positive patients in nursing homes. Now he is overcorrecting the other way and killing people with imperious lockdown policies. McLaughlin said he defied Cuomo's "evil" directive in March and, as a result, didn't lose a single individual in his county-run nursing home. Likewise, he opened up outside family visitation under certain circumstances even before testing was widely available, despite Cuomo's order. "Why are we pushing these people closer and closer to death by denying them their family?" said McLaughlin. It's unconscionable."

Aside from not allowing carefully planned visits, there is a more fundamental and counterproductive flaw in the lockdown strategy. By keeping younger people socially isolated to some degree, policies are ensuring that seniors remain caught between the dangers of the virus and atrophy for longer than necessary. We are now seeing tens of thousands of cases among college students, with very few hospitalizations and no deaths. Imagine if the colleges had never closed. We'd be closer to Sweden in terms of achieving partial herd immunity and making it safer for seniors in a shorter period of time.

Yet thanks to these policies, seniors are now facing the double-edged sword of an agonizingly drawn-out viral spread and a reaction to it that is even more deadly.