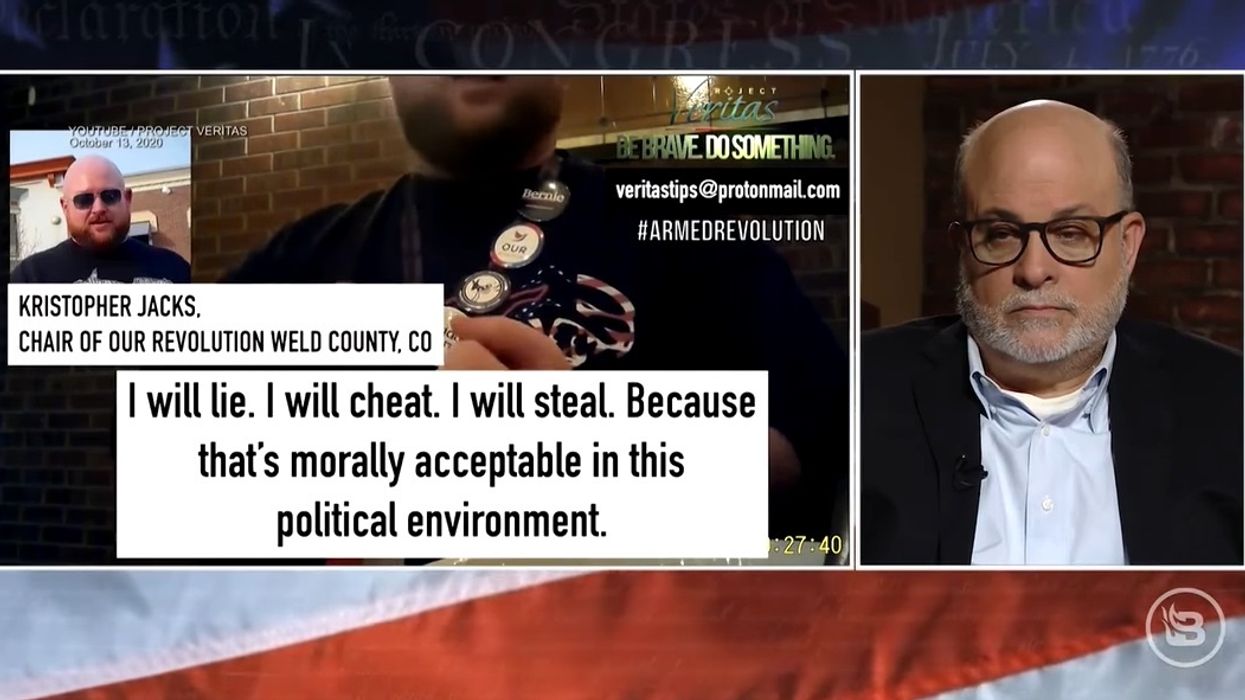 "I am going to do everything morally acceptable to win. I will lie. I will cheat. I will steal. Because that's morally acceptable in this political environment," said Jacks, who according to Project Veritas is the chairman of Our Revolution in Weld County, a partner of the Democratic Party coalition.

"If you want to do some Antifa s**t. You really want to change this country that way, with violence, there's only one way to do it. You gotta get people that are close to billionaires and start just, random billionaires start turning up dead," Jacks added. "Doesn't matter who … I mean Bezos at the top of the list."

Levin argued Jacks' willingness to lie, cheat, and steal would more than likely extend to ballot-stuffing or other means of corrupting the vote and that Jacks is probably not alone in this mindset.

"I don't believe he's alone. I believe there's thousands just like him," Levin said. "You can now see what's happening in the Democrat Party. The Democrat Party is the vessel through which these anti-American, ruthless, and violent individuals are operating."

Watch the video clip below for more from Mark Levin:

To enjoy more of "the Great One" — Mark Levin as you've never seen him before — subscribe to BlazeTV — the largest multi-platform network of voices who love America, defend the Constitution and live the American dream.