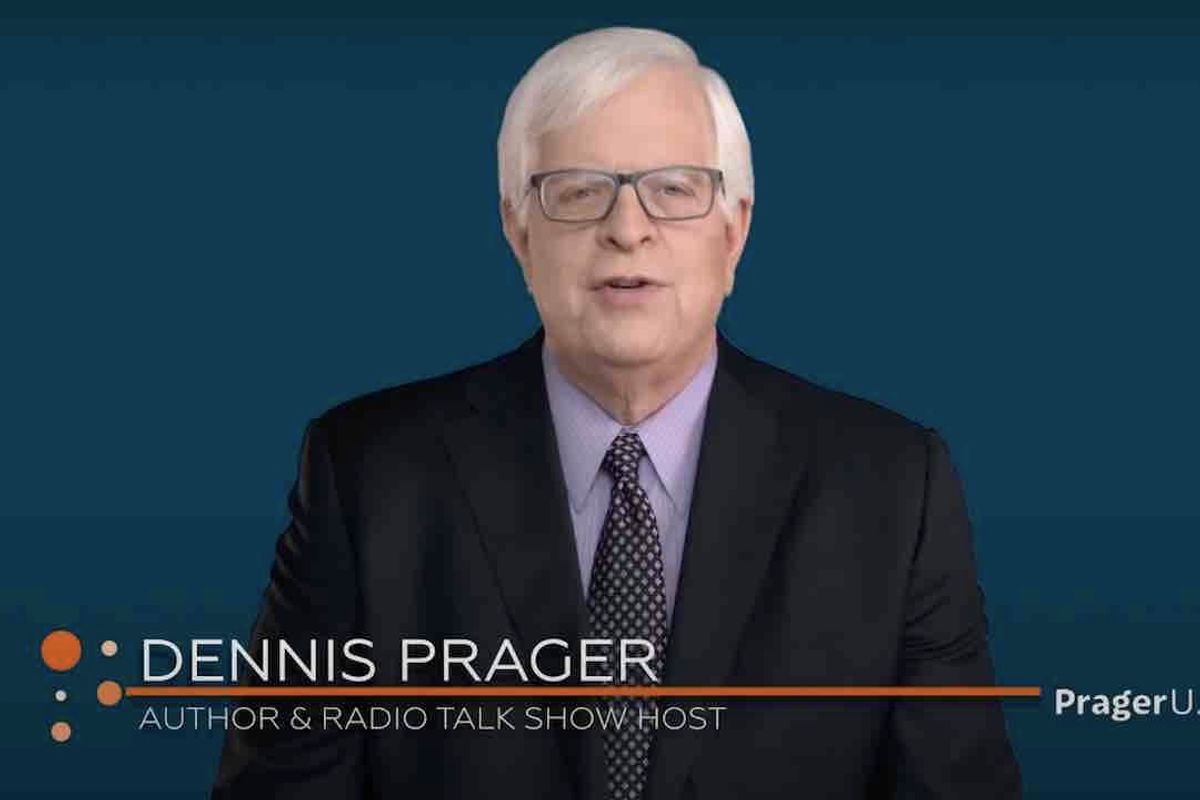 The mother of an Ohio public school student pulled her daughter from a 10th-grade history class after learning that extra credit could be acquired by watching PragerU videos —
which present conservative sociopolitical views — and answering questions about them, the Huffington Post reported.

The outlet said Maumee City Schools, in response to the mother's outrage, assigned work reflecting the opposite perspective. The district also
told WTOL-TV it offered the student the opportunity to transfer to a different class and removed the extra credit assignment from the curriculum.

The Huffington Post said "the PragerU videos — with titles such as 'Build the Wall,' 'Why the Right Was Right,' and 'The Left Ruins Everything' — were assigned to a 10th-grade history class at Maumee High School, along with a series of questions about the videos' 'most important messages.'"

It isn't clear from the Huffington Post story if the aforementioned videos were part of the assignment. But you can view them below if you wish:


Why the Right is Right


The Left Ruins Everything

The Huffington Post said Andrea Cutway, the mother of 16-year-old student Avery Lewis, told district officials about the assignment and "immediately pulled her daughter out of the class."

More from the outlet:

Administrators first tried what they deemed a compromise by also assigning work that reflected views from the other side of the political spectrum to the student, Cutway said. But after HuffPost reached out to the school about the assignment, it decided to remove the materials from the syllabus, Todd Cramer, superintendent of Maumee City Schools, told HuffPost.

Other PragerU videos on its website dissect issues in five-minute clips and have titles such as "There Is No Gender Wage Gap," "How to Steal an Election: Mail-In Ballots," and "Is Islam a Religion of Peace?"

The teacher's class website shows that she also assigned the videos last year.

The homework assignment appeared unrelated to PragerU's latest venture, called PragerU Educators and Parents, or PREP, which launched several weeks ago. The inception of such a program suggested that these types of assignments may become more prevalent in schools.

The outlet added that Lewis was "immediately alarmed when she started her extra credit assignment last week. The assignment asked her to watch PragerU videos and then answer questions about how the videos challenged her beliefs." But the Huffington Post said "after seeing the videos, the teen didn't think she could complete the homework."

Her mother — Cutway — was "similarly shocked when her daughter showed her the assignment. She immediately fired off an email to the school's principal asking who approved the assignment and whether or not students had been given any context for PragerU's point of view," the outlet said.

"It's ALT RIGHT propaganda," Cutway said in the email to the principal, which the Huffington Post said she provided to the outlet. "If you Google PragerU and spend a few minutes scrolling, you will see that this site is controversial
at best."

But the outlet said that even after Lewis and administrators came up with the solution of offering her an assignment reflecting the opposing point of view, Cutway said the larger issue was that PragerU videos were part of the curriculum.

"When I talked to the principal and vice principal, they acted like this was just another assignment," Cutway told the Huffington Post. "I said, 'I think at this time we need to end this call, gentlemen.' … I don't know what you have allowed to bring into your public school."

She told the outlet in regard to PragerU that "this really is some scary stuff. I do feel like they have found a way to get into the public school system."

The Huffington Post said the teacher who assigned the videos did not respond to a request for comment.

But the outlet said "since Cutway's conversation with the school administrators, district leaders appeared to have had a change of heart and said they removed the assignment from the syllabus, though they stopped short of condemning the overall use of such materials."

The district has more to say

Here's the statement, in part, that the district released to WTOL Tuesday afternoon:

Maumee City Schools is aware of the online story published by Huffington Post on October 19. We would like to clarify the sequence of events and correct impressions resulting from that article.

Students were offered an extra credit assignment intended to challenge their critical thinking skills by examining political cartoons. Students had options and were able to choose from sites presenting either liberal, moderate or conservative viewpoints through political cartoons. The assignment challenged students to analyze a cartoon's content, context, symbols, labels, tone and more.

A second option in the extra credit assignment asked students to view a video from a conservative website, analyze it and explain what they may have learned from it, and how it may have challenged or supported their own beliefs.

A parent who objected to the assignment contacted school administrators. In alignment with our District goals, we made immediate changes to support the student. An alternative assignment was offered, and the student was given the opportunity to transfer to a different class. Our first goal was to ensure the student would be comfortable fully participating in the curriculum. Additionally, the extra credit assignment was removed from the class syllabus. All of this occurred before the Huffington Post contacted the District.

WTOL, citing the teacher's website, reported that students could watch a PragerU video and respond to prompts such as "Something new and interesting I learned...." and "What is the most important message from the video that others should know?"

Students also were given the option to review a political cartoon instead of a PragerU video — and the assignment listed conservative news site Townhall as one of the recommended sources for political cartoons, the station said.

PragerU also was listed as an extra credit option during the winter 2019-20 semester, WTOL said.

What did PragerU have to say?

While PragerU didn't immediately reply Tuesday afternoon to TheBlaze's request for comment, the organization did refer to the controversy on Twitter:

"Having a visceral reaction" because a 10th grade teacher in Ohio offered extra credit to review PragerU videos.