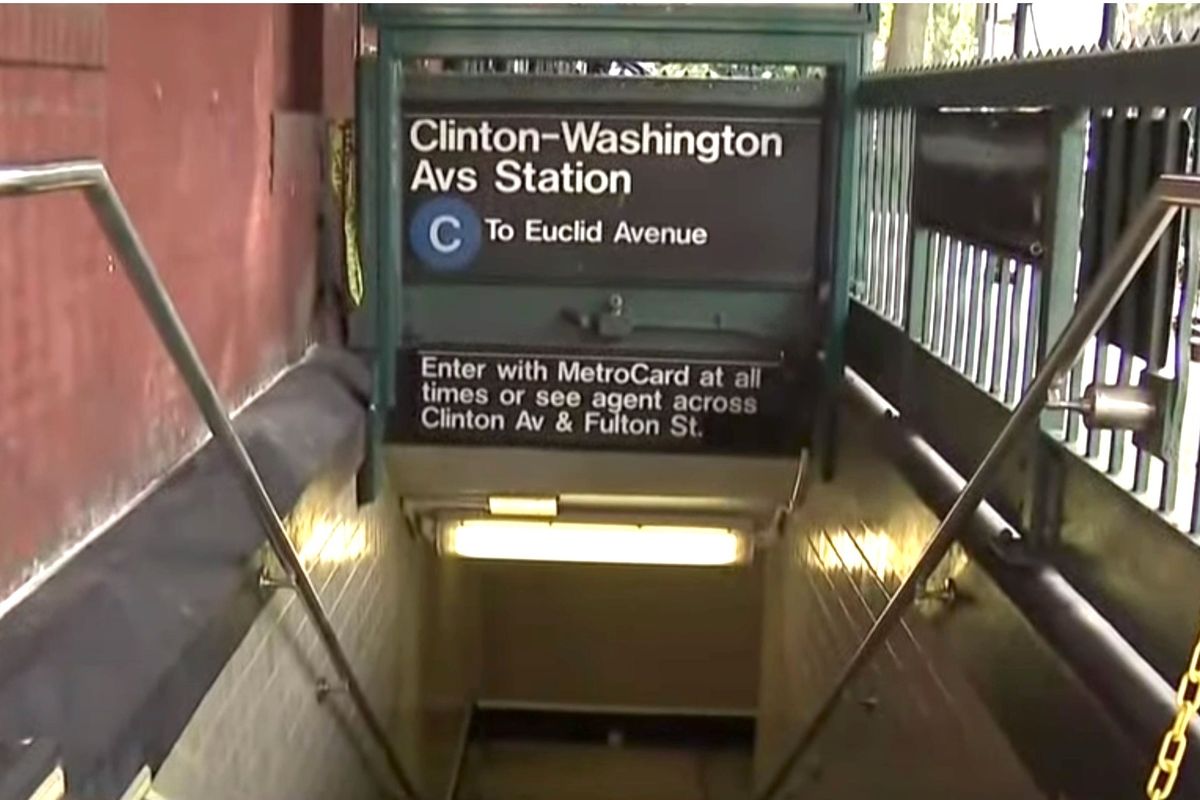 The New York Police Department is seeking a suspect they believe got into a violent altercation with a family and threw a 73-year-old grandmother onto the subway train tracks.

The alarming incident unfolded about 1:30 p.m. Monday on a subway platform in the Clinton-Washington station in Brooklyn.

The grandmother was walking with her husband, who is 82 years old, and her grandson, who is 30 years old.

The grandson got into a quarrel with the man because he was smoking marijuana, and he responded by punching the grandson in the face. When the grandparents went to help their grandson, the man attacked them as well.

During the fracas, the grandmother was knocked onto the subway train tracks in front of an oncoming subway train. Luckily for her, the conductor was able to stop the train before it struck her.

Witnesses said they saw the victims bloodied after the alleged attack.

"They had two people sitting up against the wall. They were bleeding all over. And I wasn't privy to it, but somebody said there was a female up on the tracks," said witness Lester Smalls to WCBS-TV.

The daughter of the grandparents told WCBS that the victims were hospitalized with serious injuries.

"When I saw my dad, he had blood behind his head and a bleeding lip. My mother had oxygen tubes inserted down her throat. Her legs were wrapped in bandaging," said Ren Cheng through a translator.

Police released a video of a man walking away after the alleged attack. He is described as 5-foot-7 tall and weighing 200 pounds with a medium build. They believe he is between 25 years and 30 years old.

The grandfather was released after receiving several stitches, but the grandmother and grandson remained hospitalized with injuries from the fight.

"How can there be people like this? You only say one thing and they turn around and assault you? There's no law and order anymore in America," Cheng said.

Here's a local news report about the alarming incident: