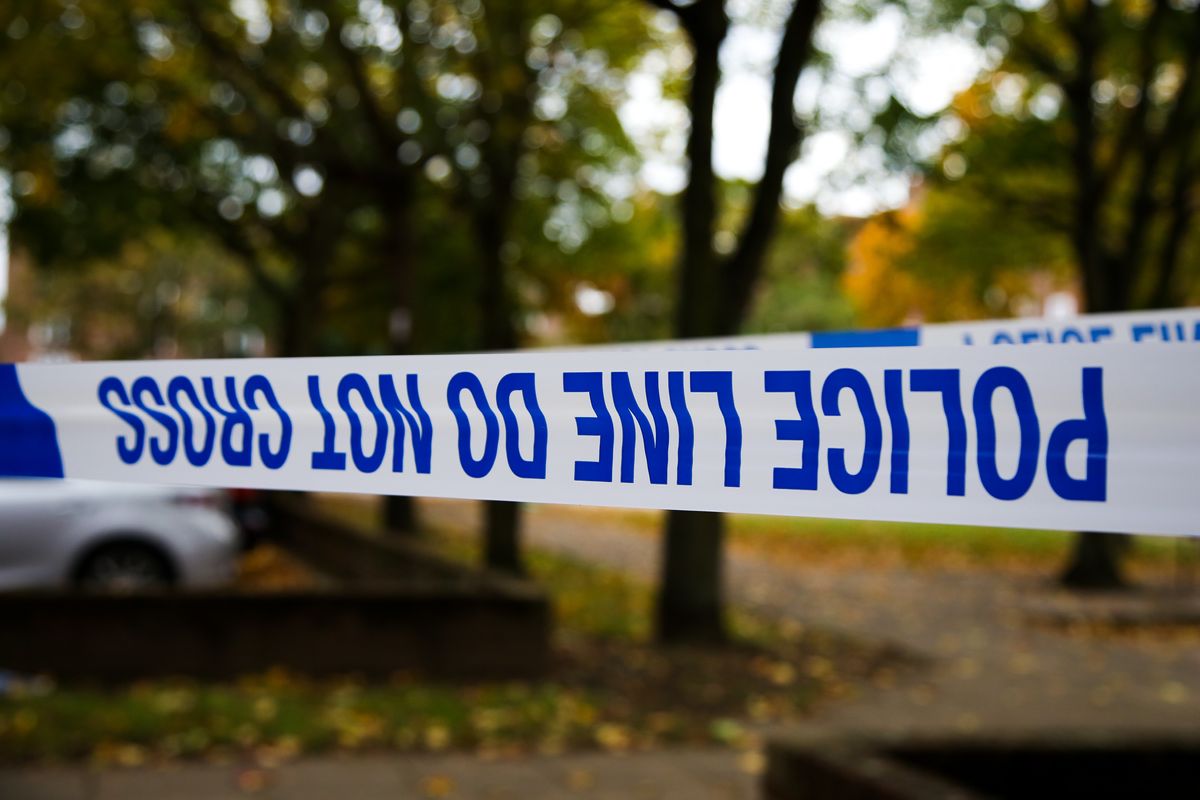 A Lyons, Kansas, police officer is recovering after a suspect shot him in the face during a rescue attempt.

Sgt. Cory Ryan, 36, rushed to the scene of a shooting on Friday after a call came in that a man reportedly threatened his neighbor with a gun.

Witness Ryan Johnson and his girlfriend were driving through the neighborhood at the time of the attack and said that they saw the gun's blast, according to the Wichita Eagle.

Johnson's girlfriend, who was driving at the time, slammed on the brakes and turned the car sideways to create a barrier. The two then fled from the vehicle as they encouraged the officer to come and hide as the bullets continued to ring out.

The outlet reported, "Johnson said he believes Ryan had already been shot in the arm and chest before the officer got out his gun in self defense. Ryan, who was also shot in the face, fired back."

The two were able to pull Ryan to safety and applied pressure to the officer's wounds. The two fled the scene with Johnson and took him to Rice County District Hospital for treatment.

"He was trying to speak but he couldn't because the whole bottom of his jaw was gone," Johnson recalled.

The officer was later transferred to another hospital in the area for further treatment.

The suspect, 40-year-old Adam Hrabik, reportedly barricaded himself inside his home, according to reports, as officers in an armored vehicle converged on his home. After several hours, Hrabik agreed to leave the home in surrender.

Authorities arrested the suspect and booked him into the Reno County Correctional Facility on pending charges.

The initial victim, 56-year-old high school teacher and basketball coach Brian Friess, suffered gunshot wounds to his left thigh and his abdomen. He is expected to recover. According to KWCH-TV, Hrabik was a former student and athlete of Friess. A motive in the initial shooting is not known at the time of this reporting.

A GoFundMe page to benefit the officer — who remains hospitalized in critical, but stable, condition — has received more than $11,300 in donations at the time of this reporting.

In a Facebook statement, Rice County Sheriff Bryan Evans said that he visited with Ryan at the hospital.

"Cory is doing awesome," he wrote. "The ventilator is out, he is alert, he could even talk some, has all movement and feeling in his limbs. Organ function is good, and blood work is good. To quote his nurse, 'I am shocked to see him respond to well to treatment, considering the report I received when he was first brought in.'"