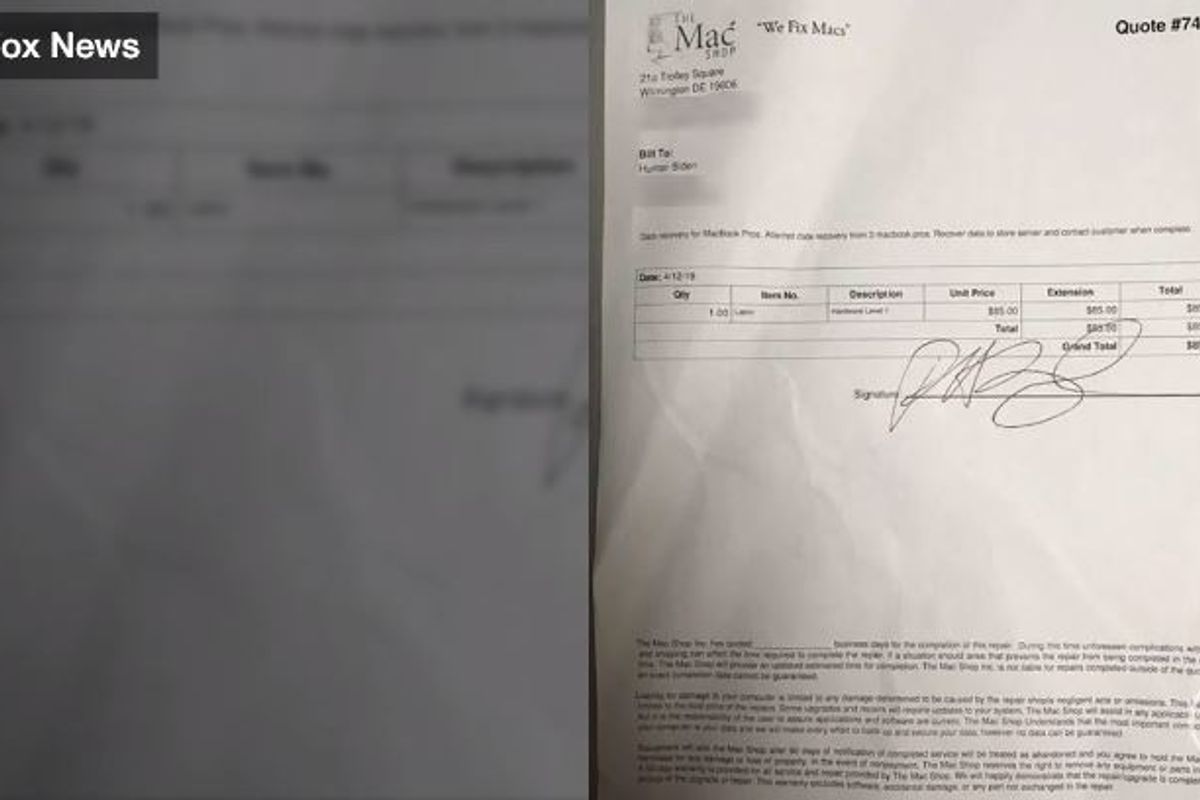 On Tuesday, Pat Gray discussed new documents obtained by Fox News, one of which appeared to be a receipt allegedly signed by Hunter Biden for computer repair service of his laptop.

In this clip, Pat explained that the receipt could not be confirmed as belonging to Hunter Biden. However, the authenticity of emails and photos found on the computer had not been refuted at the time this article was written.

Burisma, a Ukrainian energy company, is currently under Senate investigation for "suspicious activity." If the email proves true, Joe Biden's past denial of meeting his son's business associate could be concerning for voters in the Nov. 3 election.

Democrats are calling data found on the laptop a "Russian disinformation operation." However, U.S. intelligence has suggested zero evidence to support the claim.

"Just because it came from Russians, that doesn't mean it's not true. Right?" Pat said.

Watch the clip below for more from Pat.

Use promo code PAT to save $10 on one year of Blaze TV.

To enjoy more of Pat's biting analysis and signature wit as he restores common sense to a senseless world, subscribe to BlazeTV — the largest multi-platform network of voices who love America, defend the Constitution and live the American dream.