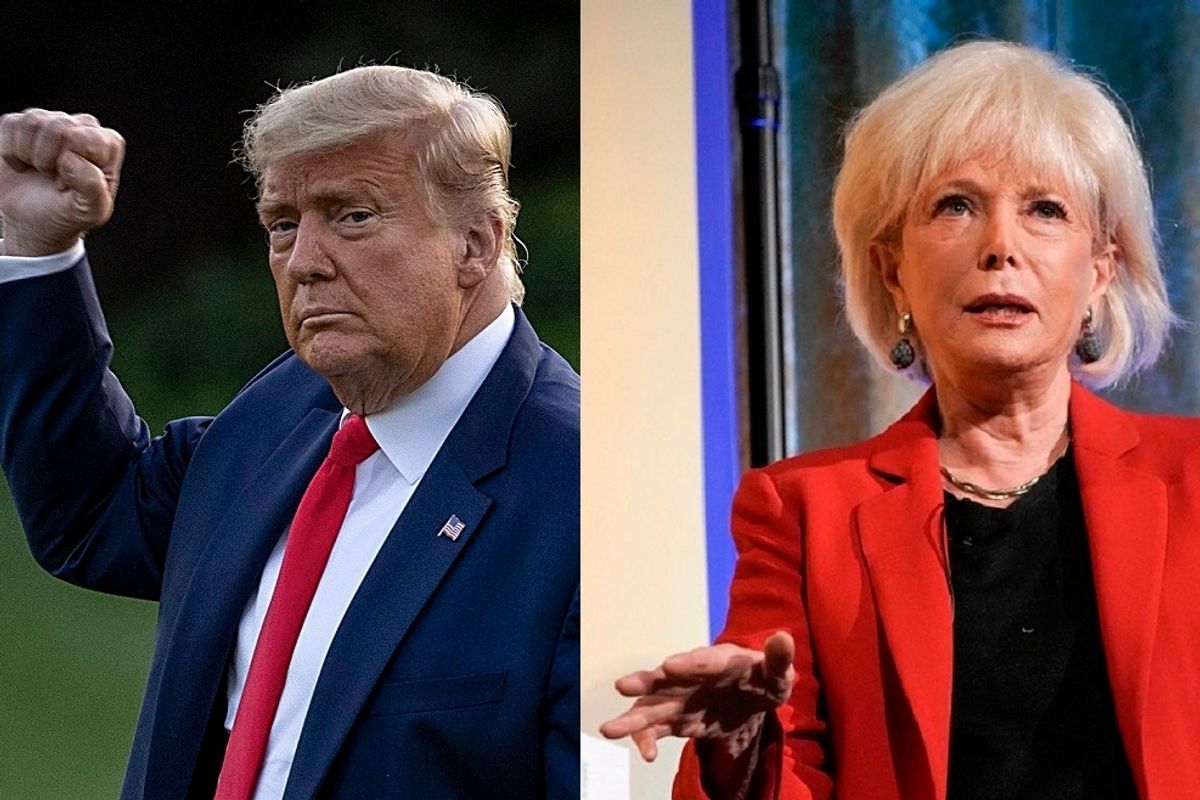 President Donald Trump reportedly cut short a sit-down interview with CBS News correspondent Lesley Stahl on Tuesday, arguing afterward on Twitter that the interview for the show "60 Minutes" was "fake" and "biased."

The president also threatened to release the footage himself before it is scheduled to air Sunday along with Norah O'Donnell's interviews with Democratic presidential nominee Joe Biden and his running mate, Sen. Kamala Harris (Calif.).

"Very fake news!" Miller tweeted in reaction to reporting from CNN. "No drama, interview was not ended abruptly and we have the receipts from the interview - all of them! Maybe we need to put the whole thing out so people can see for themselves? Lesley's a bad example for mask wearing, Kaitlan - don't follow her lead!!!"

No drama, interview was not ended abruptly and we have the receipts from the interview - all of th… https://t.co/c2nDr792f6

Politico reported that Trump was frustrated with the line of questioning and how the interview was being conducted, said one person familiar with the episode. After a short break, Vice President Mike Pence also spent 15 minutes with Stahl and the "60 Minutes" crew.

President Trump tweeted after the interview, "I am pleased to inform you that, for the sake of accuracy in reporting, I am considering posting my interview with Lesley Stahl of 60 Minutes, PRIOR TO AIRTIME! This will be done so that everybody can get a glimpse of what a FAKE and BIASED interview is all about..."

He added, "...Everyone should compare this terrible Electoral Intrusion with the recent interviews of Sleepy Joe Biden!"

...Everyone should compare this terrible Electoral Intrusion with the recent interviews of Sleepy Joe Biden!

Lesley Stahl of 60 Minutes not wearing a mask in the White House after her interview with me. Much more to come. https://t.co/0plZG6a4fH

Tuesday's interview is Stahl's third with the president. She first sat down with him along with his family in 2016 when he was president-elect, and again in 2018.