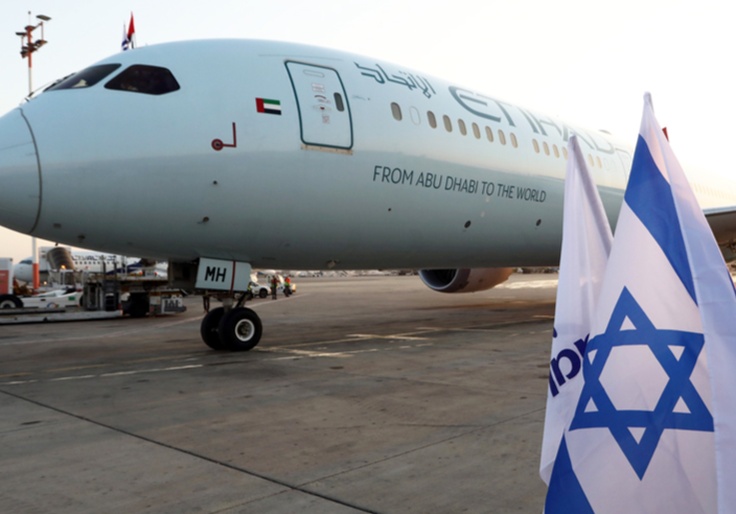 An Etihad Airways flight from the United Arab Emirates landed in Tel Aviv on Monday, marking the first commercial flight from a Gulf state to Israel, the Times of Israel reported.

The flight took off from Abu Dhabi and landed at Ben-Gurion airport Monday morning carrying a group of Israeli diplomats, according to a statement from Etihad. U.S. assistant to the president Avi Berkowitz posted a video from aboard the flight with a UAE delegation to Israel.

"Exciting that we keep getting to make these [trips]!" Berkowitz said.

The plane flew both Emirati and Israeli flags as it taxied through the airport in Tel Aviv, in a sign of amity between the two countries. Abu Dhabi and Jerusalem have agreed to 28 weekly flights between the countries, with more expected to roll out in the future.

Israel and the UAE agreed to formal diplomatic ties in Washington last month as part of the Abraham Accords, along with fellow Gulf country Bahrain. The move was hailed as "historic" by the New York Times, though it was quickly downplayed by much of the media.

The Trump administration looks to use the increased cooperation between Gulf states and Israel as a building block for future engagement, as well as a bulwark against Iran. The administration arranged another normalization deal between Israel and Sudan last week, and has pursued Saudi Arabia as another potential target for peace.