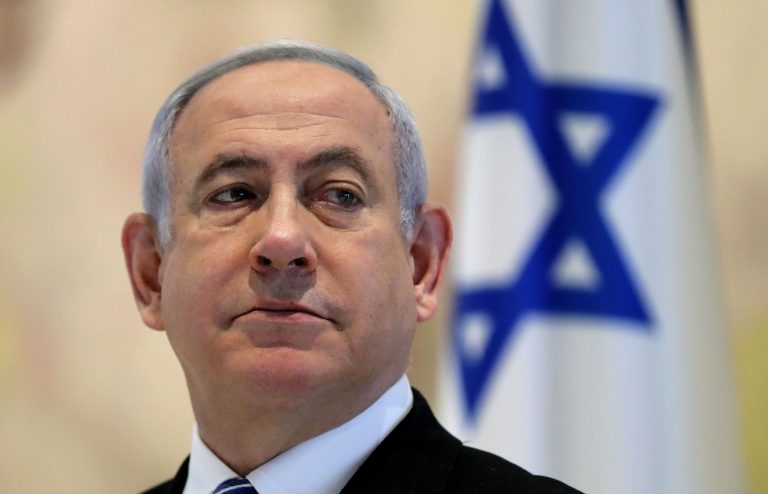 An anti-Israel group is falsely claiming it forced Israeli prime minister Benjamin Netanyahu to cancel an appearance at a U.S. Jewish school.

Netanyahu was reportedly scheduled to appear at a fundraiser event last weekend at prominent Jewish school Yeshiva Beth Yehuda in Oak Park, Michigan. According to local media reports, he canceled his appearance because of "unforeseen and unfortunate circumstances."

Anti-Israel group IfNotNow took credit for Netanyahu's cancelation, tweeting Monday that a pressure campaign from "us and anti-occupation groups in Michigan" forced him to bow out of the event.

Senior sources in the Netanyahu government, however, told the Washington Free Beacon that the prime minister never confirmed his attendance at or participation in the event.

One source close to Netanyahu dismissed the claim from IfNotNow, telling the Free Beacon the local pressure campaign had nothing to do with Netanyahu failing to appear at the event.

A second source familiar with the event said that it is nonsensical to believe that a pro-Israel Jewish school would cancel an appearance by Israel’s prime minister solely over pressure from outside anti-Israel groups.

Michigan-based Arab leaders and anti-Israel groups blasted the fundraiser event, objecting to giving Israel's leader any kind of forum. Such groups routinely attempt to pressure American institutions into canceling events with Israeli officials and cutting all ties with Israel.

"We are outraged that any community organization would honor Netanyahu," read an editorial in the state's Arab American News.

Yeshiva Beth Yehuda did not respond to Free Beacon requests for comment.

IfNotNow did not respond to Free Beacon emails asking it to present evidence for its claims.