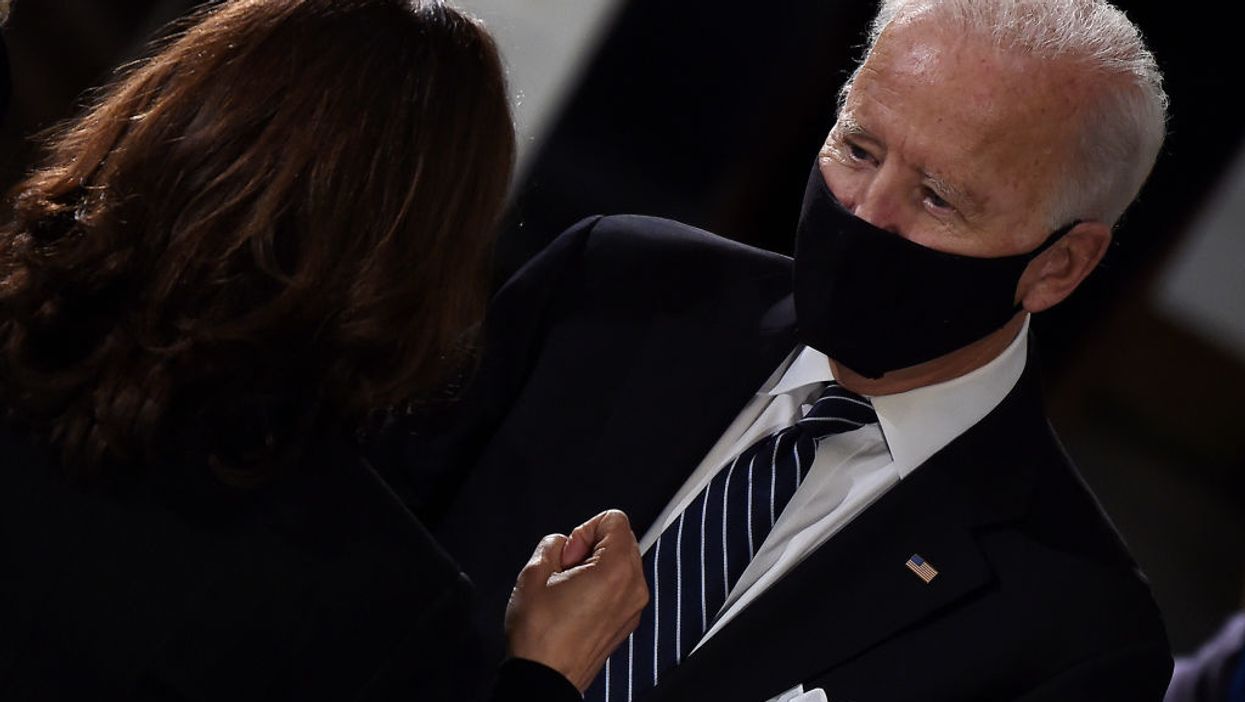 If Democrats do take back both the White House and the Senate, as they stand a real chance of doing, the most important decision they will face in the short term is how to confront the coronavirus pandemic, which will still be ongoing to at least some degree.

Based on the attacks they have leveled against President Trump, they don't have the slightest clue what they would do differently, nor can they keep their story straight about what Trump has done wrong.

On the one hand, Democrats have repeatedly bashed Trump for not doing enough to stop the pandemic. They have criticized him endlessly for not instituting a nationwide mandatory lockdown, for not instituting a nationwide mandatory mask mandate, for supporting states that allowed some businesses to reopen early, and in general for encouraging Americans to get back to work and not allow fear of the pandemic to control their lives.

On the other hand, they have — especially in recent days — criticized Trump for the unavoidable economic impacts of the lockdown measures that they have been saying for months were too weak. For example, the Biden campaign released an ad showing a fake struggling small business owner complaining about the effect of the lockdowns on the music venue he owns, which is somewhat bizarre considering that Democrats have complained since businesses started reopening in late May that businesses were reopening too soon and Trump ought to be stopping them.

They didn't slip. They were pushed. https://t.co/IaPPBJrxpo

Well, Democrats, which is it? Should we have extended the lockdowns and business closures longer, as you've been claiming for months, or should we not have had them at all so that people didn't have to lose their jobs and small businesses?

Many people — including yours truly — have been saying for months that the lockdowns would cause economic effects that would likely claim as many lives or more than the pandemic itself. Democrats freaked out over this proposition to such an insane degree that social media companies will now blacklist you for even suggesting it.

A Nobel Prize winner in chemistry has found himself persona non grata in his field because he has dared to attempt to quantify how many lives will be lost due to lockdown measures that are, as of this day, being continually extended by Democratic governors and mayors.

Kudos, I suppose, are due to Mrs. Clinton for recognizing that most of the new poverty we are seeing is not the result of some bizarre accident but rather the result of purposeful action; however, that does raise the question of whether Clinton, Joe Biden, and the rest of the Democrats are now suddenly saying that the lockdowns were a mistake and should never have happened.

If so, they should have the courage to say it so that a national consensus on that front can emerge. If not, they should be able to offer some suggestion as to how massive unemployment and poverty were supposed to NOT happen after the government told the vast majority of businesses that they had to close and remain closed for months.

Democrats have been saying for months that Trump is to blame for both sides of the coin. The American people deserve to know what they would do differently.

Perhaps an enterprising debate moderator could ask the Democratic nominee this question Thursday night, since it is probably the last time Biden will be seen in public before the election. But I won't be holding my breath.