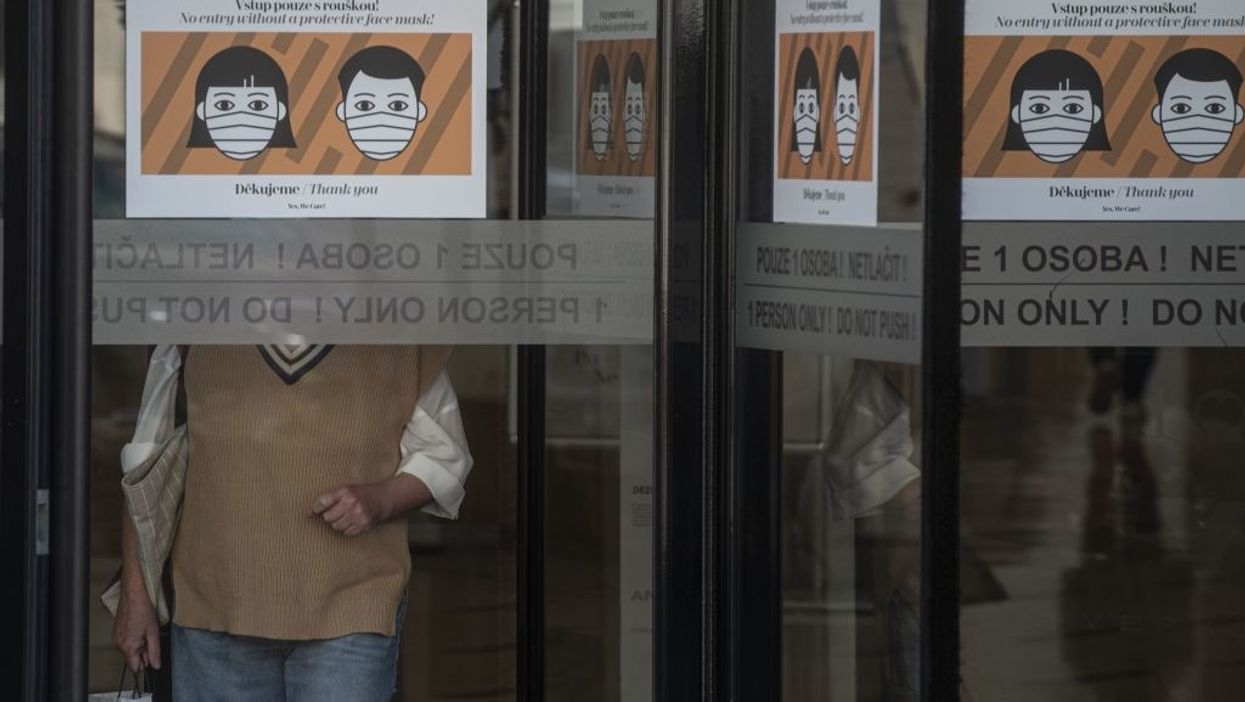 Everywhere the magic masks were forced upon the people, they failed to stop the surge of cases, and in fact, those countries have seen dramatic increases in cases. Nowhere is this more evident than in the Czech Republic.

All those European countries that thought they beat the virus with a lockdown were in for a rude awakening. Now they have nothing to show from the destruction wrought by lockdowns but a massive surge in coronavirus cases. However, we were told that mask-wearing is the most effective tool to save lives — to the point that social media now censors anyone who opposes these mandates.

So, let's take a look at the results. The Czech Republic has endured the sharpest surge in cases of any European country. It's worse than at any point in the U.S.

According to the European Centre for Disease Control, Czech has the highest attack rate over the past 14 days in the entire continent. The country has 905 cases per 100,000, which is more than twice the rate of France and triple the rate of Spain.

Less than two months ago, Czech Prime Minister Andrej Babis boasted that his country was among the "best in Covid." They credited their strict mandate to wear masks inside and outside the home. I asked my friend Ian Miller of RationalGround.com to add the Czech Republic to his list of mask charts showing the timing of mask mandates compared to the rise in cases. The results are stunning:

In many places, liberals are contending that the situation would have been worse without a mask mandate even though cases eventually spiked. That is obviously a ridiculously unverifiable and speculative claim, but the experience of the Czech Republic exposes the fallacy of this claim. They had near zero cases and hospitalizations for months and now have the worst spike in Europe with a nearly eightfold increase in cases in just one month – long after the mandate had been restored. There is no middle ground. It's quite evident that they didn't have a spread initially and when it was destined to come, it came on strong. Masks played no role.

In fact, one has to wonder if masks are contributing to the spread. So many government agencies warned initially that misuse and reuse of masks could lead to cross-contamination. Well, a recent analysis of the timing of mask mandates in a number of countries has shown that "for every increased percentage point of mask use in a country, there were an average of 37.536 additional positive PCR tests per one million population."

Here is a graphical presentation of the positive correlation between increased mask use and growth in cases: 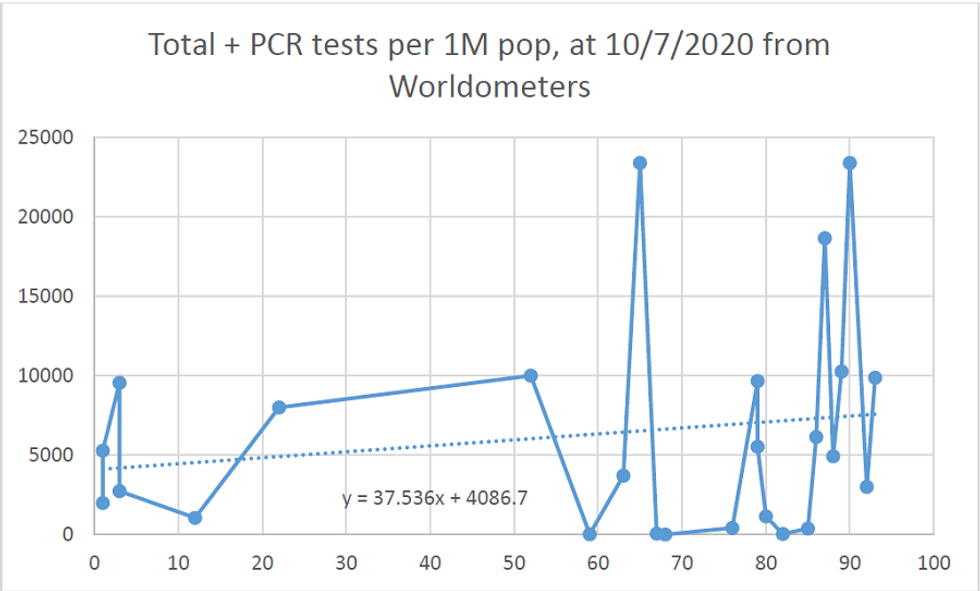 That study published by three doctors was initially posted at Research Gate, but like so many informative articles presenting the other side of the mask issue, it has been taken down. Part one, which was published earlier, can still be viewed here.

Last month, I reported on an analysis from Tennessee showing that counties without mask mandates had fewer cases, hospitalizations, and deaths per capita than those with the mask mandates.

I'm not going to make the same mistake as the other side and claim that this proves that masks downright spread the virus. Obviously, there are numerous natural factors that could be driving the increased spread, so correlation doesn't necessarily equal causation, but it's certainly ludicrous to suggest that masks help stop the spread at this point.

The Czech government is in such as state of panic at this point that Prime Minister Andrej Babis is building emergency field hospitals. With hospitalizations six times higher than the initial peak in the spring (before universal mask-wearing), Babis warned, "We don't have time—numbers are catastrophic." They can't have it both ways: Either masks are the single greatest tool in stopping the virus or there is panic. They can't panic over a spread that happened with universal masking while extolling the virtues of masks!

Contrast the results of the Czech Republic to those of Sweden, and you will see that lockdowns and masks are clearly not the path to a flatter curve. Sweden has barely had excess deaths over a typical year:

Data can be both beautiful and powerful.

Sweden is the only western country not to enact draconian lockdowns, so i… https://t.co/y3BPyFa8lv

Thus, the success of those other countries actually goes into the bucket of the non-mask list, not the other way around.

It's no wonder that the response from the media and the politicians is to squelch debate and censor dissent rather than producing evidence that such a draconian and dehumanizing edict is effective. They have no evidence and cannot debate their position.

In the summer, Denmark conducted a much-hyped randomized clinical trial of mask effectiveness against SARS-CoV-2 and were slated to publish it in August. Many of us were wondering why it was never published. Former New York Times reporter and noted lockdown critic Alex Berenson discovered the answer for us. On Sunday, he posted a screenshot of an email correspondence he had with Thomas Lars Benfield, the lead investigator on the Danish mask study. The 12-word response to the question of when the study would be published is worth a thousand words.

A lead investigator on the Danish mask study - the ONLY (as far as I know) randomized trial to see if masks protect… https://t.co/APlTS1Jo4M

"As soon as a journal is brave enough to accept the paper," replied Benfield, a clinical professor at University of Copenhagen.

There very well might not be a single publication that is brave enough to publicize the truth about masks. The question is whether we are all brave enough to push back against the hoax of using a cheap cloth to stop a micro-biological juggernaut of a respiratory virus.