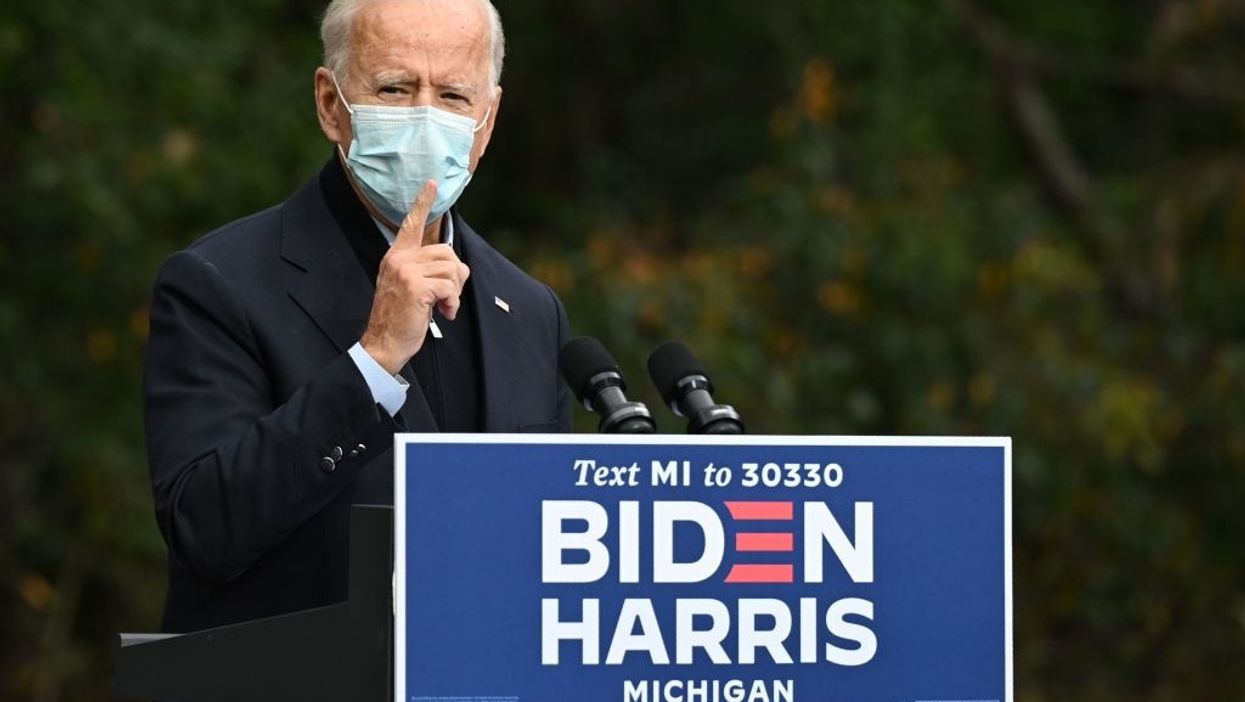 During an interview with local Milwaukee station WISN-TV, Biden called the allegations "garbage" and a "last ditch effort" to "smear" his family ahead of the Nov. 3 general election.

Biden had yet to publicly respond to the allegations since the New York Post released its initial findings in a report last week. The Post reportedly acquired a copy of a laptop hard drive previously owned by Hunter Biden from President Trump's personal attorney, Rudy Giuliani, after Hunter allegedly dropped off the computer at a repair shop in 2019 but never retrieved it.

As the story garnered widespread attention, the Biden campaign repeatedly ducked opportunities to answer questions from reporters. The campaign called early morning press "lids" and released only a vague statement arguing Biden's alleged meeting with a Burisma official was not on his "official schedule."

She then asked, "Is there any legitimacy to Sen. Johnson's claims?"

Biden replied, "None whatsoever! This is the same garbage Rudy Giuliani, Trump's henchman. It's the last ditch effort in this desperate campaign to smear me and my family."

"Ron should be ashamed of himself," Biden declared.

While it's true that Democratic lawmakers and several former intelligence officials have come out parroting the narrative that the story is part of a Russian disinformation campaign, that claim has been repudiated by the current administration and Justice Department officials.

Director of National Intelligence John Ratcliffe threw cold water on the theory Monday, plainly articulating there is "no intelligence" supporting it.

"Let me be clear," Ratcliffe told Fox Business Network's Maria Bartiromo. "The intelligence community doesn't believe that, because there's no intelligence that supports that, and we have shared no intelligence with Chairman [Adam] Schiff or any other member of Congress that Hunter Biden's laptop is part of some Russian disinformation campaign — it's simply not true."

Then on Tuesday, the Department of Justice and the FBI reportedly confirmed Ratcliffe's assessment.