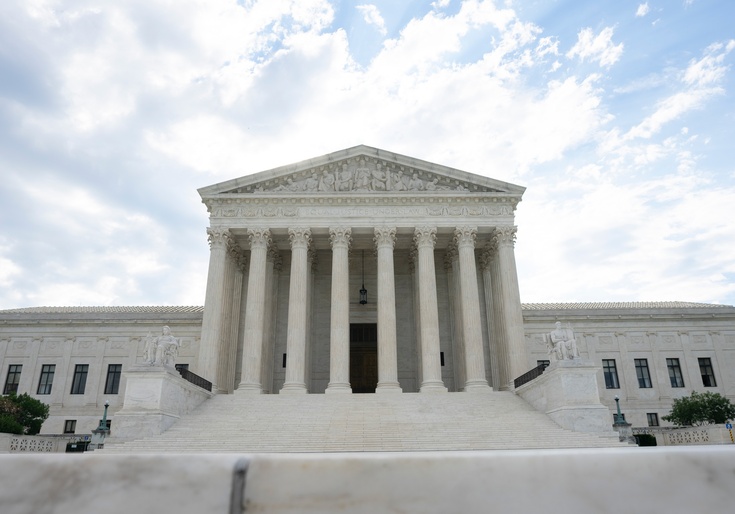 Voters oppose adding seats to the Supreme Court by a significant margin, according to new survey results obtained by the Washington Free Beacon.

Data from the Opportunity Solutions Project show that 59 percent of likely voters oppose court packing, compared with just 26 percent who favor it. Support is highest among Democrats at 50 percent. A strong majority of independents, 62 percent, oppose court packing, while just 19 percent support it. Those results track with figures from other polls that consistently show lopsided opposition to court packing, even as interest in judicial reform swells on the left.

The survey also suggests that a court-packing push from the highest levels of the Democratic Party could reset the presidential race. Forty-seven percent of respondents said they would vote for President Donald Trump if Democrats seriously consider expanding the Supreme Court, while 46 percent said they would vote for Democratic presidential nominee Joe Biden. The former vice president and his running mate, Sen. Kamala Harris (D., Calif.), have thus far avoided taking a position on the court-packing question.

Together, the surveys suggest that a campaign to add seats on the Supreme Court faces forbidding odds even after the election. It is far from clear that a President Biden would want to open his administration with a quixotic fight that could fracture his party in the face of overwhelming popular opposition.

The Opportunity Solutions Project's results are based on a telephone survey of 539 likely voters. Data were collected by Cor Strategies Inc. through surveys conducted between Sept. 22 and Sept. 25.