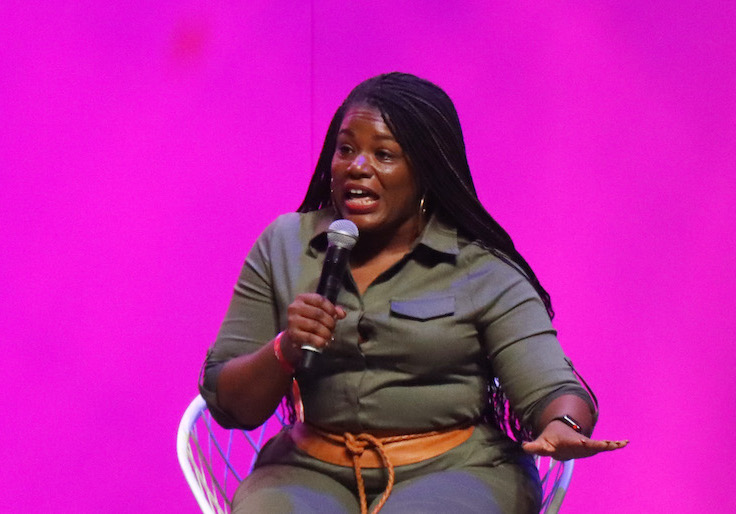 A Missouri Democrat favored to win election to Congress said her party would "defund the Pentagon" and redistribute its budget to social services.

"If you're having a bad day, just think of all the social services we're going to fund after we defund the Pentagon," Cori Bush tweeted on Tuesday.

If you're having a bad day, just think of all the social services we're going to fund after we defund the Pentagon.

Rep. Ilhan Omar (D., Minn.) retweeted Bush's call to defund the Department of Defense. Bush, the Democratic nominee in Missouri's First Congressional District, also attracted the attention of Sen. Ed Markey (D., Mass.), who endorsed her campaign and touted a bill he and Sen. Bernie Sanders (I., Vt.) have to slice the Pentagon's budget by 10 percent. Bush was a surrogate for Sanders's failed 2020 presidential campaign and was endorsed by the far-left Justice Democrats.

Bush has also been endorsed by Democratic gubernatorial hopeful Nicole Galloway, who has fundraised alongside her and is challenging Missouri governor Mike Parson (R.). Parson slammed Bush's tweet as "irresponsible and unacceptable" anti-military rhetoric. The Pentagon's proposed budget for fiscal year 2021 is $705 billion, meaning even a 10-percent reduction would result in $70 billion less spending on defense.

Bush defeated incumbent congressman Lacy Clay (D., Mo.) in the Democratic primary in August. Given the district's heavy Democratic lean, she is practically assured of winning election in November.