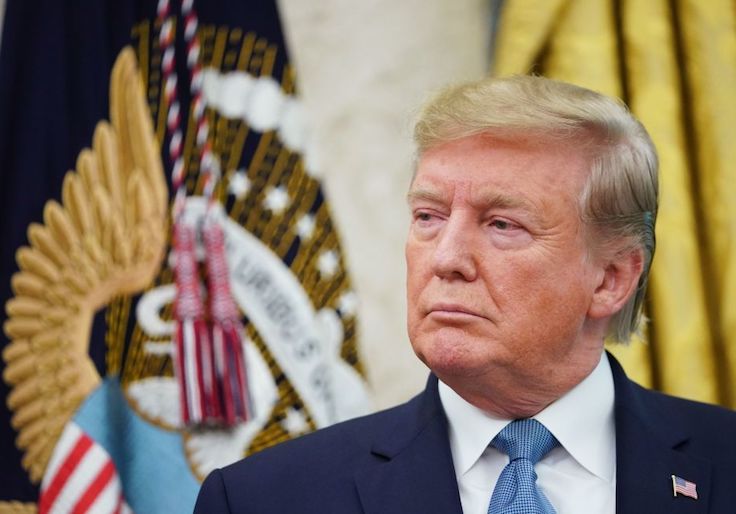 "The Navy’s Conventional Prompt Strike program will provide hypersonic missile capability to hold targets at risk from longer ranges," O’Brien said. "This capability will be deployed first on our newer Virginia-class submarines and the Zumwalt-class destroyers. Eventually, all three flights of the Arleigh Burke-class destroyers will field this capability."

According to Politico, hypersonic missiles are a deadly and advanced missile system able to travel five times faster than the speed of sound. In the past two weeks alone, the Chinese and Russian militaries have reportedly either tested or displayed hypersonic weapons, with Russia testing a hypersonic missile on President Vladimir Putin’s birthday.

President Trump has often touted hypersonic missiles, previously referring to them as "super-duper" weapons that would bring concern to Moscow and Beijing.

"We have a—I call it the ‘super-duper missile,'" Trump said in May. "I heard the other night, [they are] 17 times faster than what they have right now."

Senior Pentagon officials noted that their development of these advanced systems has been buoyed by such high-level support.

"[Trump] is aware of and supportive of the progress we're making," a senior defense official told CNN in July. "There's presidential-level support and interest in what we're doing."

Under the administration’s historically large defense budget, force modernization and expansion—particularly for the Navy—have been major governing priorities. Secretary of Defense Mark Esper recently announced his vision for Battle Force 2045, aiming for a 500-ship Navy with heavy emphasis on submarine construction in the coming years.

"Over the past several years, the department had to recover from the crippling effects of sequestration, inadequate funding, continuing resolutions, and years of budget uncertainty," Esper said at an event at the Center for Strategic and Budgetary Assessments earlier this month.

"Nations around the world look to us to preserve freedom in navigation, protect the global commons, and deter aggression from competitors and adversaries alike…. If we can assemble the collective will and determination to see it through, I am confident that Battle Force 2045 will maintain our maritime superiority far into the future and ensure the United States Navy remains the greatest in the world for generations to come," Esper said.