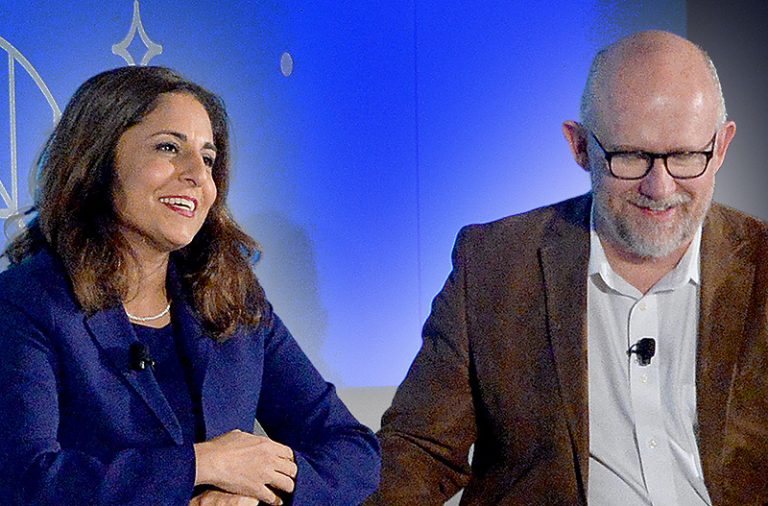 Neera Tanden, a Democratic Party thought leader who once praised the "moral compunction" of the Chinese government, holds some pretty odious political views. When it comes to the American media, however, she is dead right.

The media in most of Europe is so much more responsible than American media. After 2016, I thought they would behave more responsibly. It's incredibly depressing that they are doing Russia's bidding. Again.

The Washington Free Beacon applauds Tanden's courage for speaking out on this controversial issue. The media are behaving irresponsibly and "doing Russia's bidding," insofar as they have consistently worked to advance the interests of brutal authoritarians and their left-wing sycophants.

The American media, for example, cheered the rise of left-wing dictators Adolf Hitler and Benito Mussolini. The New York Times won a Pulitzer Prize for its (now discredited) fawning coverage of the Soviet Union under Joseph Stalin. Decades later, the media continued to advance Soviet interests by publishing the Pentagon Papers and undermining the U.S. military's efforts to forestall communist expansion in Vietnam.

The media's reckless crusade to tarnish the reputation of President Richard M. Nixon, which ultimately led to his downfall, was straight out of the Soviet playbook, as was the egregious coddling of Russian spy Edward Snowden, a traitor who eluded justice thanks to the collusion of professional journalists. It's the same old story, playing out over and over again.

We're glad Neera has finally seen the light and is taking aim at the self-righteous journos who insist that criticizing the media is the moral equivalent of torturing a majestic bald eagle. It's not the first time she's been right about something. For example, Tanden's suggestion that Libyan oil revenues be used to reimburse the cost of the American-led bombing campaign to oust left-wing dictator Muammar Gaddafi in 2011 was one of the most laudable proposals a Democrat has ever made.

The post Neera Tanden Is Right: The U.S. Media Are Out of Control appeared first on Washington Free Beacon.