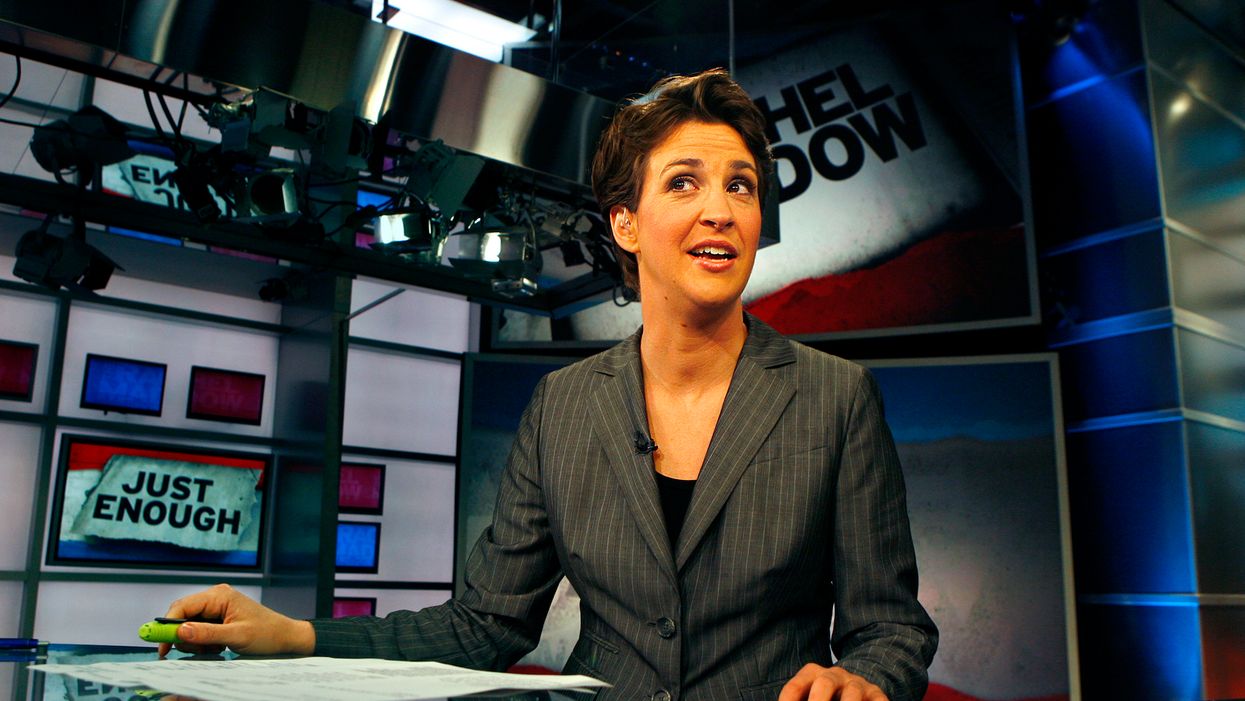 MSNBC host Rachel Maddow and numerous other liberal personalities and outlets were fooled into spreading a false claim against Rudy Giuliani after accusations of inappropriate behavior surfaced.

The video from an upcoming "Borat" movie appeared to show Giuliani reaching into his pants while speaking to a fake reporter in a hotel room. Giuliani later tweeted that he was merely trying to take off his microphone and that he was being smeared because of the revelations he was making about what's on a hard drive allegedly owned by Hunter Biden.

Maddow and others reposted a claim from Nick Jacobs, the vice president of the College Democrats of Indiana, that he had fooled Giuliani via text into believing he was Ivanka Trump. 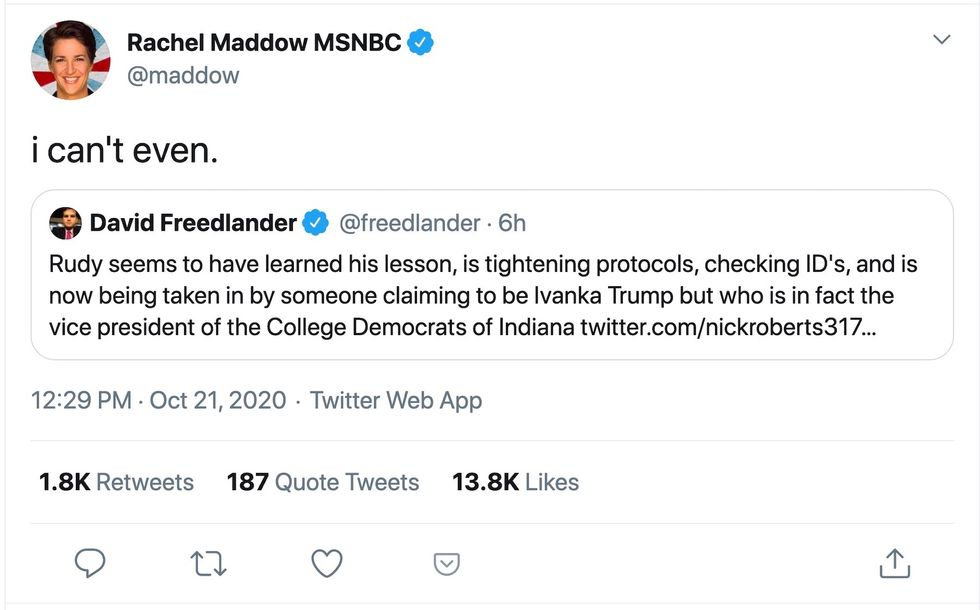 "Rudy seems to have learned his lesson, is tightening protocols, checking ID's, and is now being taken in by someone claiming to be Ivanka Trump but who is in fact the vice president of the College Democrats of Indiana.

Both those tweets were lated deleted when Jacobs admitted that it was a parody meant to be a joke.

These messages from Nick Roberts allegedly sent to Rudy Giuliani are FAKE. "It is just satire," the college student… https://t.co/DvLnDcIUiB

They weren't the only ones to fall for it.

"Rudy Giuliani is the easiest mark in the world. He's probably an unwitting asset for every foreign government in the world, friends and foe," said Adam Mordecai, the strategy director for Progress Now.

"Just gets better and better," tweeted Paul Chapman of the Vancouver Sun.

"What is going on," said CNN contributor and former intelligence agent Rasha Rangappa.

Giuliani said that he was going to drop more information about what he found in the laptop hard drive allegedly belonging to Hunter Biden. Democrats have accused him of participating in a Russian disinformation campaign, but the director of national intelligence officially denied the claims in a statement on Monday.