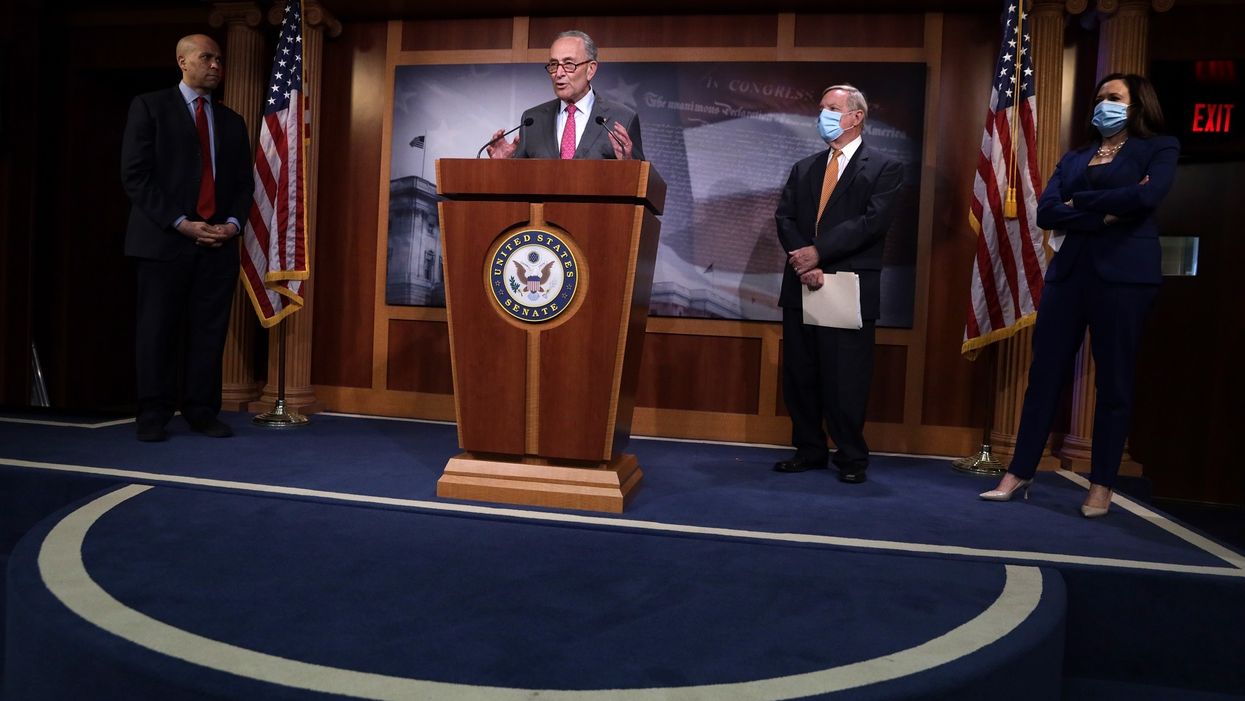 "Republicans broke the promises they made and rules they created when they blocked Merrick Garland's nomination for eight months under President Obama. Then, Senate Majority Leader Mitch McConnell said that 'the American people should have a voice in the selection of their next Supreme Court Justice.' Now, Republicans have moved at breakneck speed to jam through this nominee, ignoring her troubling record and unprecedented evasions, and breaking longstanding committee rules to set tomorrow's vote."

"Throughout the hearings last week, committee Democrats demonstrated the damage a Justice Barrett would do — to health care, reproductive freedoms, the ability to vote, and other core rights that Americans cherish," the statement continues, concluding, "We will not grant this process any further legitimacy by participating in a committee markup of this nomination just twelve days before the culmination of an election that is already underway."

NBC News reporter Sahil Kapur noted on Twitter that use of the words "'further legitimacy' is the tell here." He asked rhetorically, "If Democrats see this process as a sham, why legitimize the hearings but not the vote? The boycott comes after blowback for their ranking member lavishing praise on Lindsey Graham and his leadership in the ACB hearings."

"further legitimacy" is the tell here.

If Democrats see this process as a sham, why legitimize the hearings but no… https://t.co/9nu1kHg5TJ

Senate Judiciary Ranking Member Dianne Feinstein has faced calls from Democratic operatives and far-left groups to have her ousted from leadership on the committee ever since she thanked Graham, the committee chairman, for conducting what she called "the best set of hearings that I've participated in."

In reaction to questions about whether the 87-year-old senator from California will remain in her leadership position on the panel, Schumer told the press Tuesday, "I've had a long talk with Senator Feinstein. That's all I'm going to say about it right now."

Prior to the Democrats' official announcement of their boycott, the HuffPost reported that the plan had not yet been finalized according to one aide, but that "Democrats are preparing to fill their empty seats with poster-sized photos of people who would be hurt by Barrett potentially casting a deciding vote against the Affordable Care Act."